Telltale's take on the Batman continues with this second season entitled "The Enemy Within" which picks up some time after the events of the first season. In this first episode of The Enigma, players once again grab the cowl to take on an aged Riddler. It's been awhile since this maniac has been active and his presence is setting forth a series of events that will provide an ensemble for Batman to tackle. The story does a solid job of explaining what's happened since the ending of the last season and changing the outlook of Gotham.

Aside from the key presence of this new threat, there are other options that greatly change up the universe. You'll now have expanded choices for dealing with situations and multiple potential partners to work with. There's definitely some new dynamics at play in this season and it should be very exciting to see where it goes. This episode was also much darker than previous ones with some crazy big moments and twists on the lore. It was also nice to see a longer episode since Telltale hasn't done one in awhile and it told an engaging story within the time.

This is definitely one of the better looking games from Telltale with much higher levels of detail and care in the world. It looks great while also having no stick out graphical issues in this episode. For those unfamiliar with past Telltale series the games are a mostly cinematic experience with quick time events and a focus on storytelling. There are a number of new mechanics in the game such as combination movements when in battle or more in-depth quick time system. This includes things such as aiming with weapons, combining clues and control of tools. 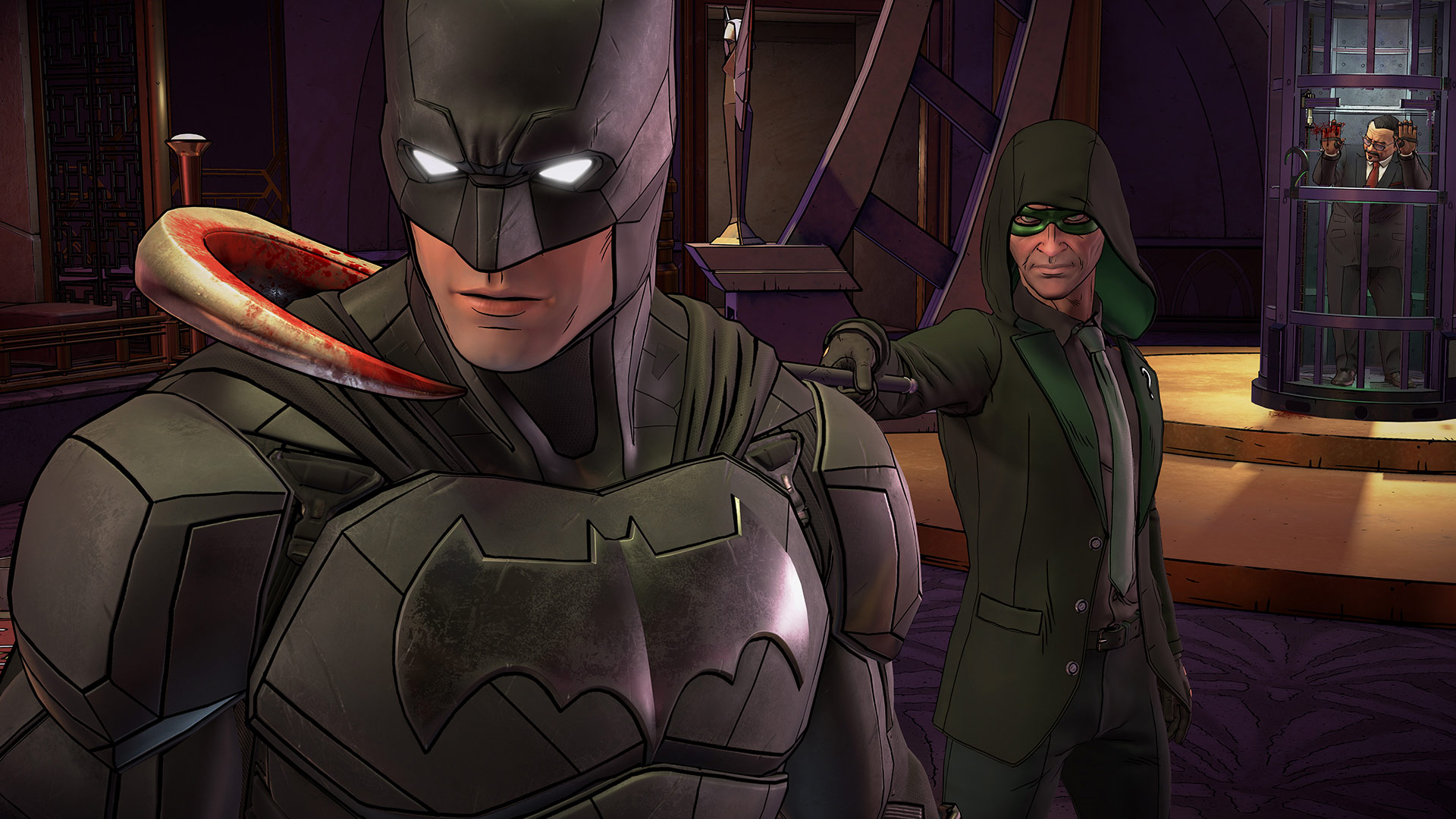 The Enigma was an excellent start to the second season and it really didn't hold anything back. The Riddler was a particularly interesting character and his presentation was perfect being calculated yet unhinged. The episode ran smoothly while offering multiple advanced options for choosing how situations would play out and these extra options are appreciated. It also seems to be much larger in scale with what they're teasing and building towards here. This episode felt as though it was a separate entry that was all tied off well while also building towards what will hopefully be an exciting second Batman season. I love what they've done with certain characters here and while it'll feature the Batman you know, the universe around him is certainly different.