This insult simulator was most certainly one of the most bland and boring games I've ever played. I don't like to start reviews with a particular sense of nastiness, but damn was I almost put out by this. I had two separate family members come by asking if I was alright and that I looked super tired. It was just the feeling I had while playing this game, it's almost mind numbingly slow. The point of Oh...Sir! The Insult Simulator is to string together phrases that taunt your opponent. It works at a basic level, but most of the time I was puzzled certain phrases weren't allowed or why simple phrases were worth more than others. It certainly didn't seem to have any consistency and was mostly puzzling. Levels go by like a snooze and having any sort of speed would have been heavenly. The core story consists of a few levels and beating guys to finish it. You can also partake in a single player quick fight, locally against someone or online. This adds some extra value if you do find the core experience enjoyable.

The game is very simple to look at having lightly pixel created characters awkwardly shuffling. You get a list of words from the middle and take turns selecting one line from there. You also have to phrases in your hand to use and that can be shifted with the use of coffee. After the players are done, the sentences are spoken and damage is dealt. Hitting on certain phrases multiple times grants a combo. Phrases are altered based on the few locations present and which characters are present. The characters all have separate sayings to make things slightly more distinct. Some phrases or keywords will also cause extra damage to certain characters. 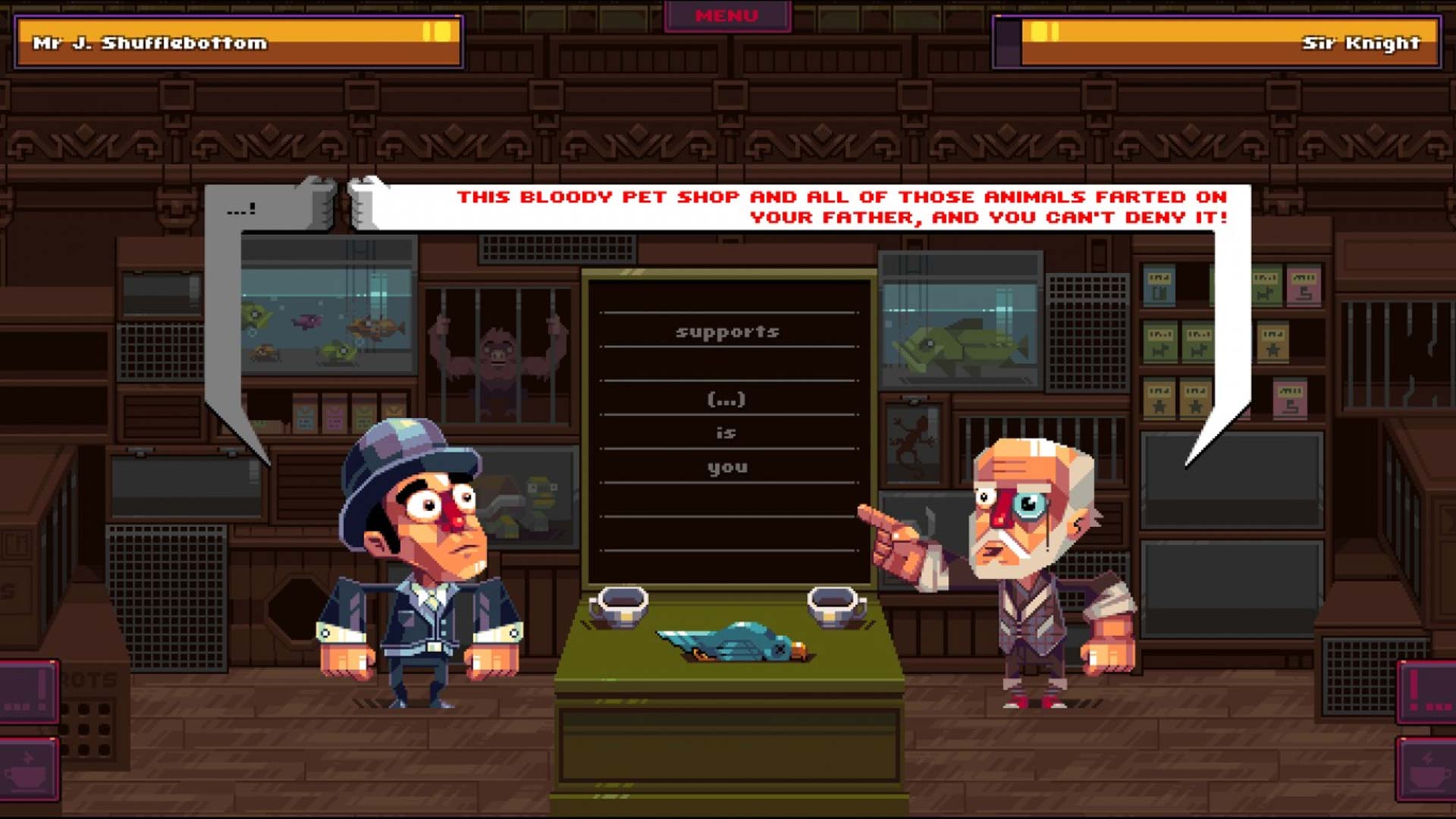 I didn't find that there was a whole lot to the game and that it was by far one of the most boring titles I've ever played. It wasn't exciting and the majority of phrases weren't funny. I also found some slight issues with how words were tied together and their idea of what was funny is questionable. The game didn't look that great and I wasn't really enthralled by any of it. The solo aspects seem shallow though if you like multiplayer there's a fair bit of options for local or online play.