"Bowl to the Extreme"

I found that Crazy Strike Bowling EX could be a fun game to play and it was enjoyable to work through the multiple levels. That being said there are a number of performance issues and bizare screen tearing present. The game is also rather simple, yet fun as well which is an odd combination here. The game is split into four key modes including Exhibition, Crazy Exhibition, Challenge and Battle. In the Exhibition modes you unlock new lanes to play on and there are some variations to the rules in both. The challenge mode has you completing pre-set objectives and there's a fair bit of them there split into multiple themes. The battle mode is where you compete in an intense setup to out-bowl each other. There are also a wide range of outfits or accessories to unlock while playing and multiple characters to choose from which were each wild.

The game looks rather dated at times and there were some weird graphical issues. The screen tearing could be intense when present and the hot level didn't quite look right graphically. I don't see a reason why these two issues exist considering the look of the game and I feel as though some more optimization could fix them. The core gameplay runs fine with a certain technique to being successful with your bowling skills. That part of it was fine and I can see this being something anyone could play. There's also the option to play it locally in a group though online would have been a nice touch. 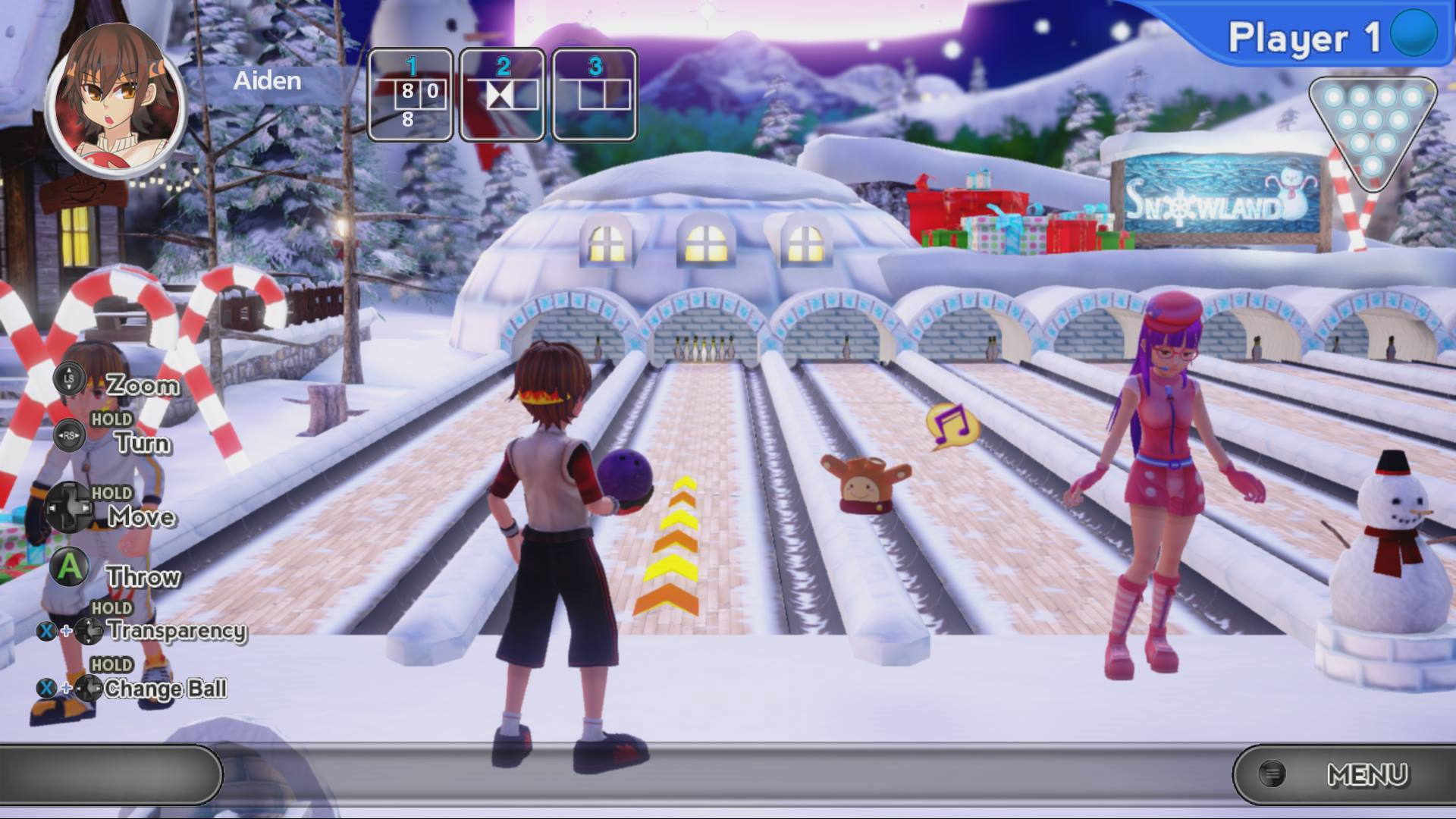 There is a surprising amount of content to be found in Crazy Strike Bowling EX and it can be fun most of the time. I liked the variety of modes and the characters were entertaining. The glove creature in particular was hilarious. The graphic issues were somewhat bad and it does look very dated. If you can overlook that it's a fine play and enjoyable bowling that can be done together in a local group. The levels featured solid variation and the selection of fantasy courts made this very unique.