Infinite Minigolf is a game that aims to provide basically a full version of the lovely activity. It does so by presenting a few world themes, multiple differing tournaments within them and quickplay with custom courses for single player. There's also a full multiplayer where players can compete against each other and it's a blast to play. The multiple themes include Halloween, Festive and Giant House. With each of these you can partake in tournaments of varying difficulties against the AI and there's hours of gameplay present. The quickplay option just rotates through maps and with the online additional creations you should never run out. This leads into the course editor which allows for full customization of the courses from tracks to the decorative items you place on them. It's quite intuitive and a very easy course creator to use so no one should have troubles with it.

The game is presented in a cartoon like style that looks smooth and is fun. The courses each have an entirely unique theme to them and present a different mood. I found that some courses were a tad too easy in the game, but there are some slightly more challenging ones in different areas. I also liked how seamless it was for doing multiplayer matches and the online works well when you're competing against others. For regular gameplay you'll obviously want the lowest ball score as that's how golf is played, yet you'll want the most points. There's more to it than performing well as collecting diamonds or other special moves will grant bonuses. You'll also find a number of power-ups and these completely change how you golf. 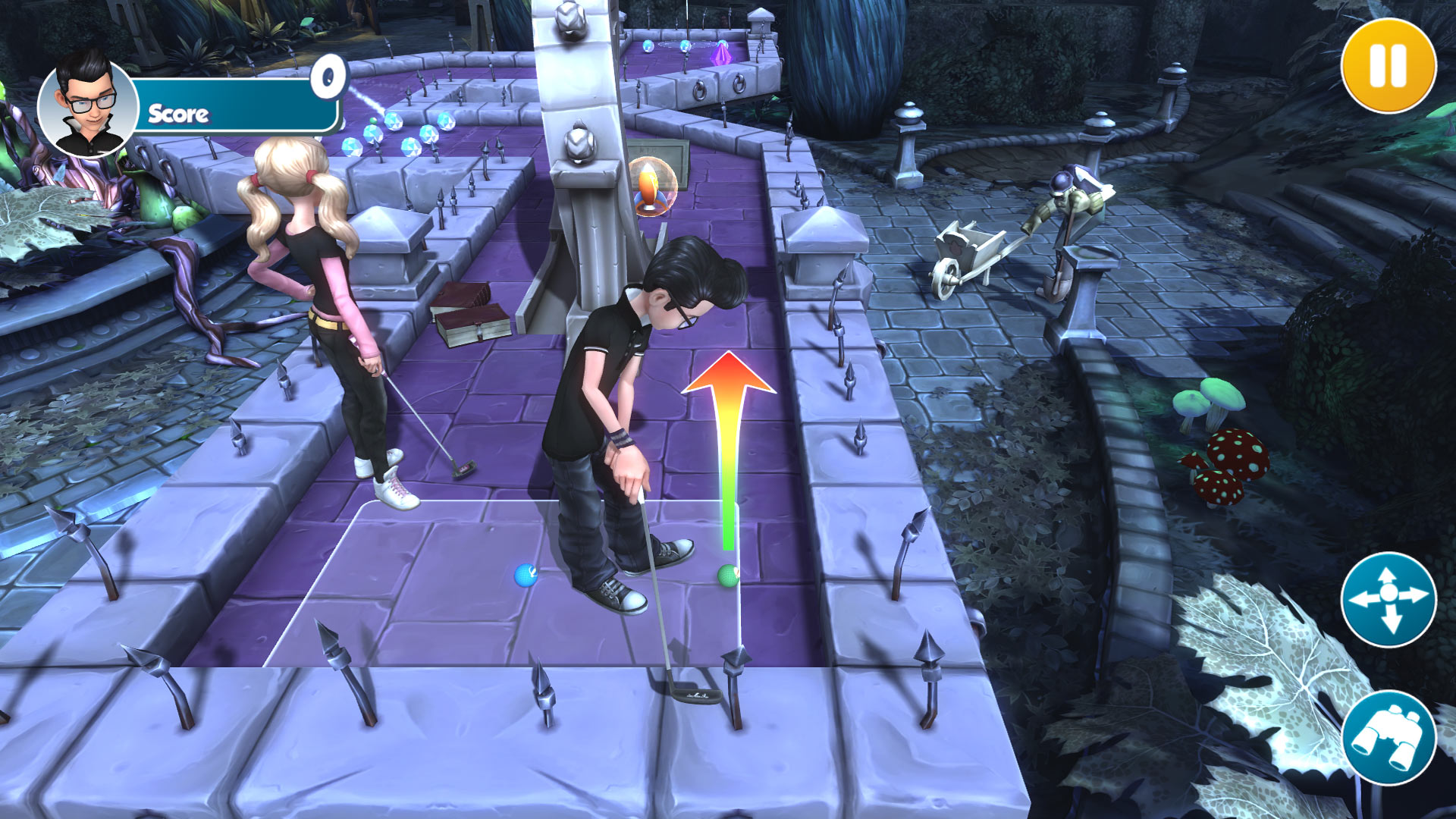 Infinite Minigolf was a lot of fun to play and it presents itself very well. It's great to play solo against the computer or with others locally and online. There are many options to play the game and it's enjoyable no matter how serious you are about it. I did find the game a tad easy at times though I didn't mind it as its mini golf. The power-ups were an interesting change of pace and scores felt competitive when going against others. The course editor was also sweet being a nice addition that will greatly increase the longevity of the title. If you like mini golf then Infinite Minigolf is worth checking out, it's a lot of fun to play.

Infinite Minigolf Review on Xbox One