De Mambo features a single player arcade type mode and a local party type game. The solo aspects come in the form of an arcade mode where you battle through basic levels in order to get the best time. These are presented in a TV like format for switching and that was neat. There are varying levels of difficulty across the multiple levels and your scores are tracked. There were some interesting levels available while playing through but most were bland and didn't offer anything too different. The multiplayer is decent though not really optimized for multiple Joy-Cons and with it lacking online play this mode was a hassle. The final area is the survival section where it's setup somewhat like Space Invaders where waves of creatures come down to destroy your platform. I found this mode to be alright, but it wasn't exactly thrilling.

I found De Mambo to look decent with a unique pixel art style though it wasn't anything different from what I've seen before. The controls were alright though I did have some issues with how wacky aerial movement was. This was particularly bad in the survival mode as I'd sway off the edge constantly which was annoying. The jumping which is basically what everything is based off felt random as opposed to having skill to it. 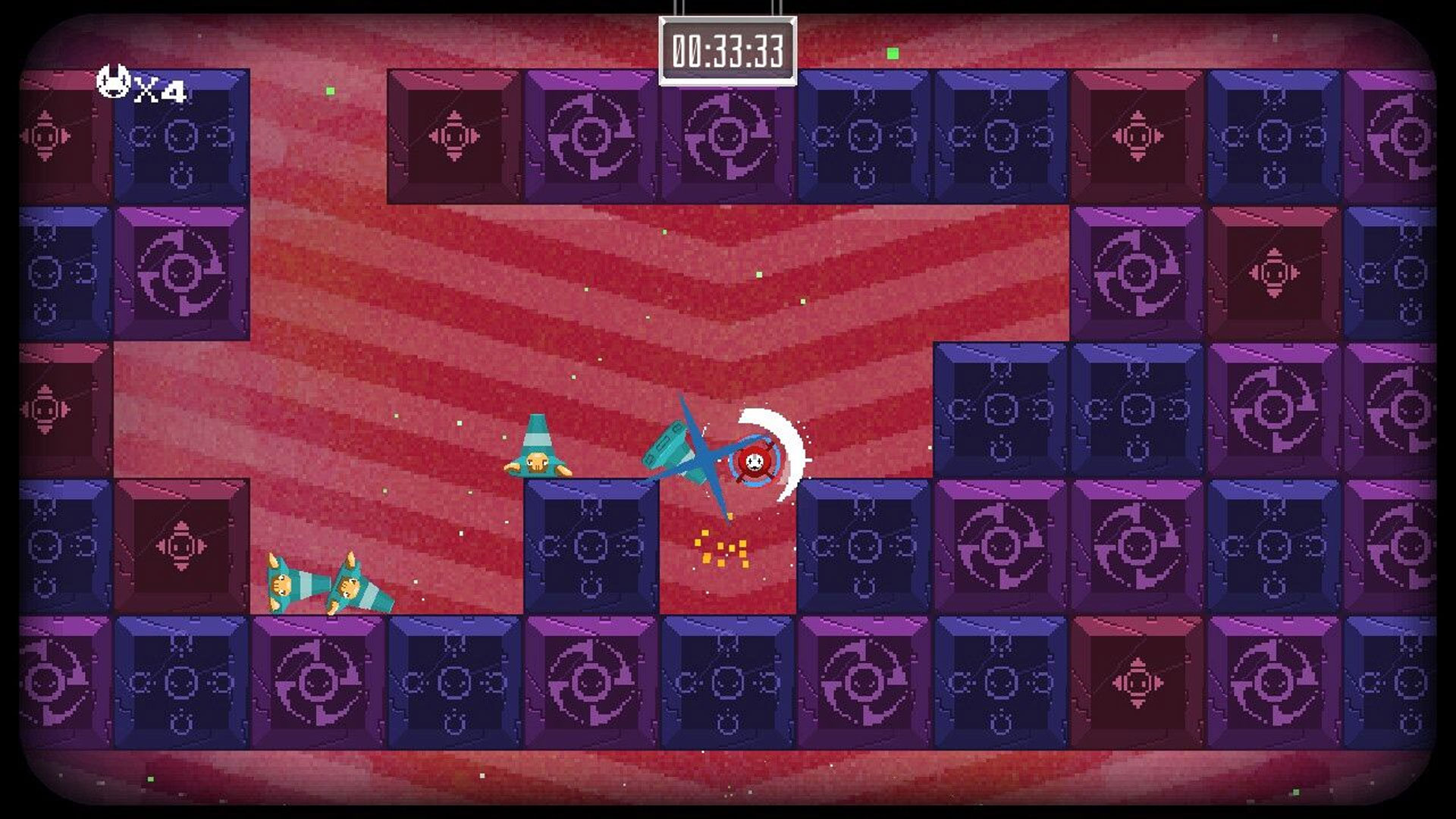 There wasn't too much about De Mambo that impressed me, I felt the multiplayer could have been handled a bit better or it could have had online options. The single player was fun at times though the levels didn't feel too uninspired. You could play this area for a bit to gather the best time if that's your goal but I wasn't too interested in it. De Mambo is basically just another small indie pixel game for the Nintendo Switch and while there's nothing wrong with it, there certainly wasn't anything distinct about it.