Gigantic is a fast paced arena shooter designed as a Xbox Play Anywhere game that features cross-play Review on Xbox One and Windows 10. I've been waiting for this game for a very long time as I was there at the E3 it was announced and had a behind closed doors session with it. Right at that point it caught my attention and after watching it in beta or some other version for years it's exciting to see this final version release. Gigantic is very aesthetically pleasing from the environments to the stunning roster of characters.

Being somewhat MOBA inspired, teams of five battle each other's Guardian. The Guardians are massive creatures that stand at either side of the battle and are activated once enough energy has been collected. From there the Guardian will attack and then your team will defend or attack accordingly. These attacks are mini battles against the heart of the Guardian and can then take away one of three health points. It's an interesting concept that works well providing quick and exciting matches. 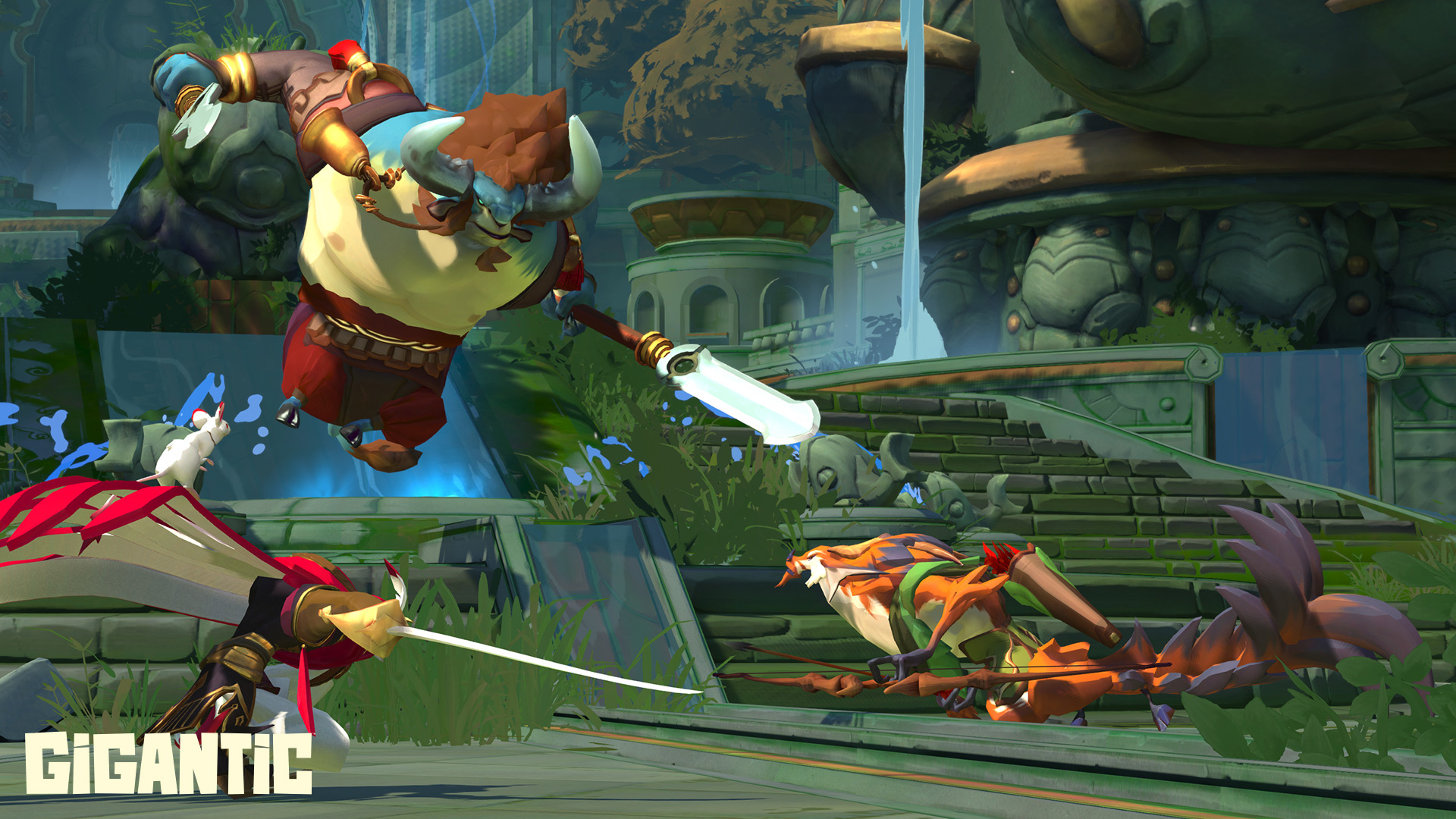 It's definitely fast paced with multiple options to branch out your characters with levels quickly without getting taken away from the action. Each of the many characters adds something new of value to the game and they're a very well done set. My personal favorite is Tyto the Swift for his intense combat and it matches my play style well. That being said, there are characters for everyone with multiple options. Being a free to play I didn't feel that micotransactions were ever pushed with options to buy characters as a pack or some decorative type items.

The game also has a bit of a card system in place where you select them to earn points during matches. Gigantic is a gorgeous game, the art style is entirely unique and perfect. There was also something just magical about wavy materials as Tyto's cloak swayed ever so elegantly. The maps are very well balanced as is combat with things never swaying too far to one side. There's a wide range of special creatures that can be grown during combat to act as towers and these work well with the flow of the maps. 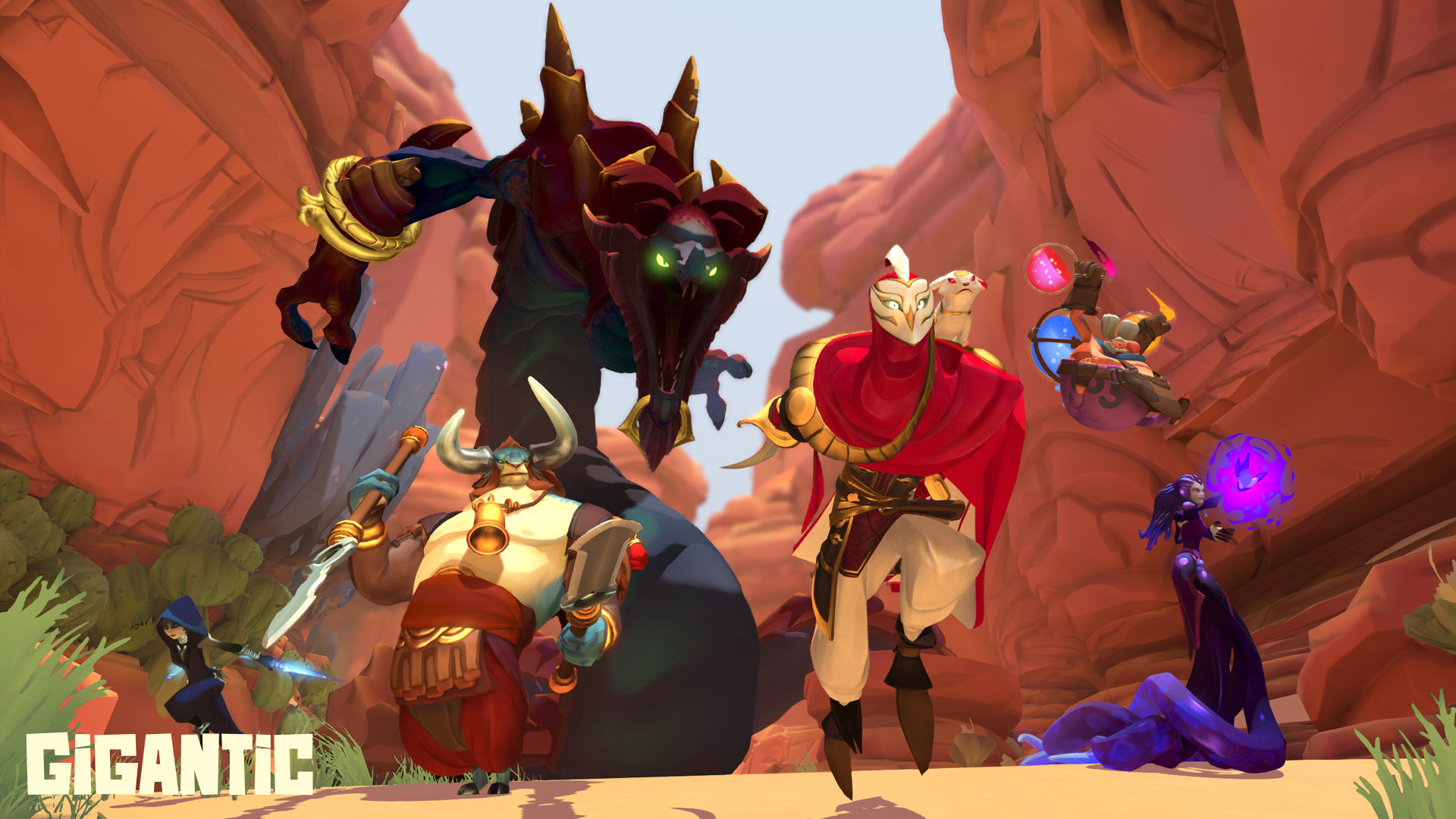 Gigantic is a fantastic game presenting a solid selection of characters that are well balanced. The maps and art style are perfect though I would have liked a couple more maps considering how long it's been worked on. That being said, what's available is well tuned and everything felt very evenly matched. The combat was exciting, each moment of a match keeps you interested and it works well for providing a competitive space. You can easily play the game on Xbox One or Windows 10 with progress being shared between both and game looking excellent on either. I've enjoyed playing Gigantic and as a free to play there's no reason at all not to check this one out.