Marvel Heroes Omega is the latest large scale MMO to head over to consoles bringing with it a dungeon crawling style of gameplay that's akin to taking Diablo and adding all the Marvel heroes one could want. It's a fair assessment of the game and it works well in describing the general style of it. The story follows a group of heroes from all of the core teams including Avengers, X-Men and Spiderman. I split these up as many will just be familiar with the cinematic universes these days and understand that these characters usually aren't able to mingle with each other on film.

That's luckily not the case here as Spiderman can chill with Deadpool while Storm unleashes a fury. It's exciting and makes for a better experience as there's a large roster to choose from here. Being a free to play game there are limits however as each character is free until level ten with one free to unlock hero at the start. This is fine though as I never felt pressured to purchase anything with the microtransactions being either towards skins or supplies. Going back to the story, the team is dealing with a cosmic threat that Doom appears to be causing and they need to work together to deal with it. 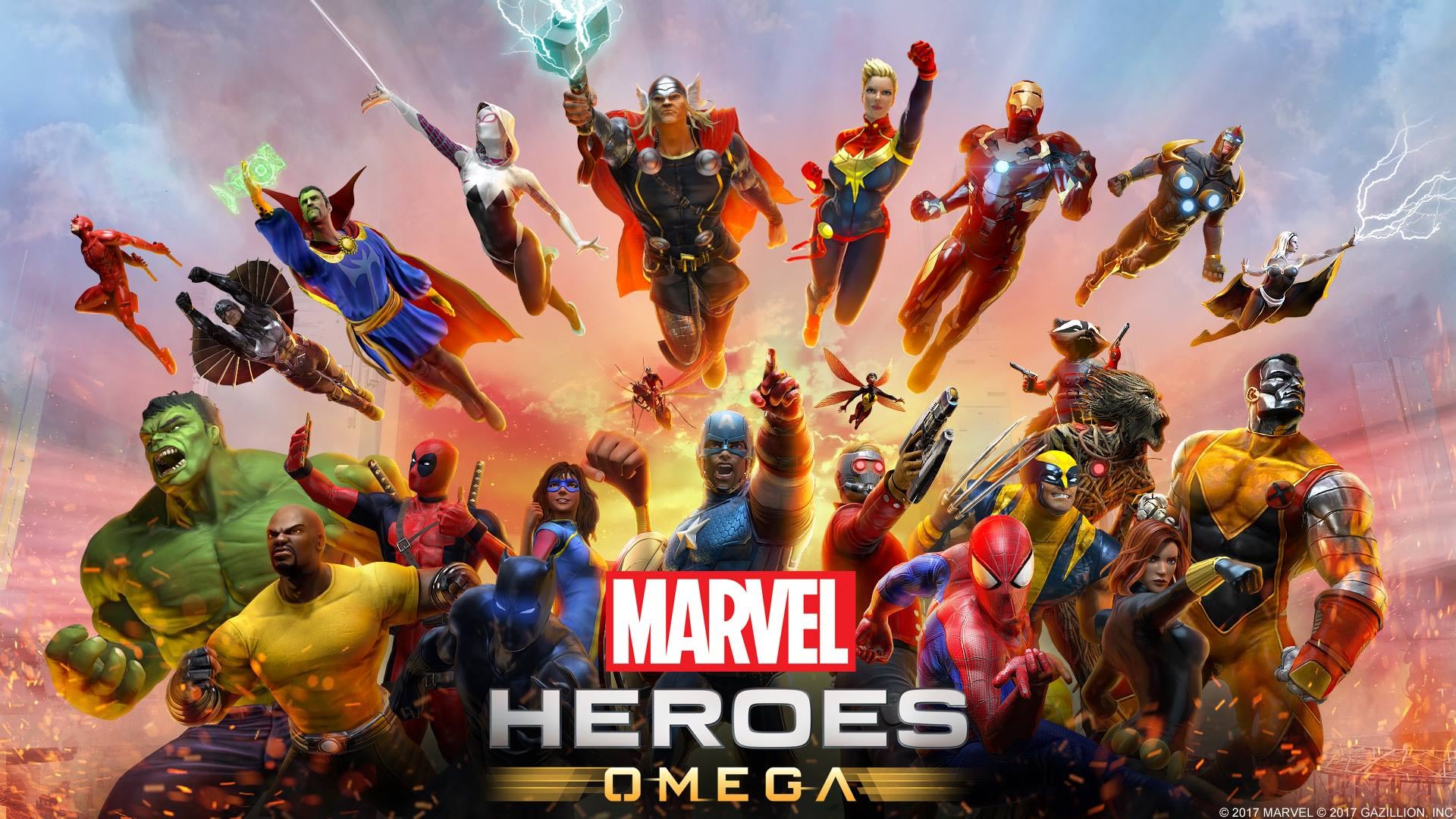 Explore some well known parts of the universe and some lesser known ones that were certainly exciting. It also features a wide range of villains to battle as bosses and full cinematics to watch along the way. I'll continue by mentioning that the campaign is also lengthy providing countless hours and you may replay to level up other heroes. The fun also doesn't stop there as bonus levels, patrols and other fun events take place afterwards.

In Marvel Heroes Omega you're given a traditional overhead view with isometric qualities within the world. It's quite gorgeous in design featuring realistic environments with lots of depth. It starts off linear to teach you the basics and then throws you into open areas where you don't necessarily have to run towards the next objective. Each hub area features tons of enemies, mini events and things to interact with. The levels are fairly long in length and piled with enemies to the point I sometimes questioned if too many were on the screen at once.

This aspect made the game feel like somewhat of a grind in the later levels and especially during lengthier boss fights. The boss fights were another issue I had with combat as most felt too similar with just a beat down being the focus. At the end things were mixed up more though the balancing there felt off and out of place. For the most part you could play the game with just another friend or yourself but I do suggest gathering more as it can be a better time and it helps against the difficult last few levels. 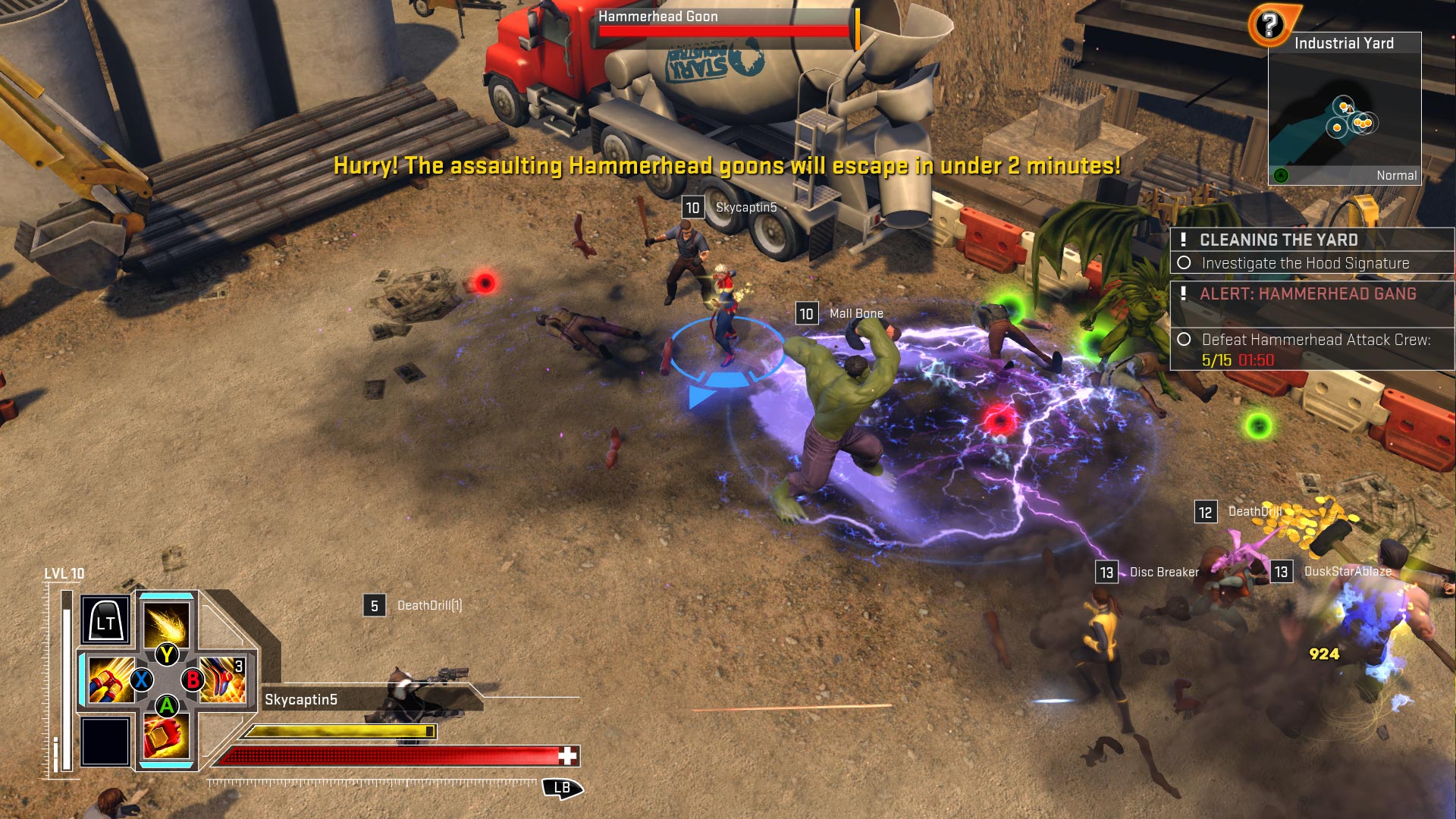 This is definitely a hard review to keep timely while presenting all aspects but I'll try to cover everything. For a free to play game Marvel Heroes Omega is just that without any push to get things. I wish skins were more straight up purchasable though the random loot boxes are all the craze currently. I got some founder's pack to use while playing and the mix of Marvel heroes here is seriously amazing.

My main was Captain Marvel as she's quite powerful and has a good mix of abilities. While you level up you'll collect gear and artifacts to use, these can also be sold or donated. Donations improve your special tech specialists and can help you create better gear. New abilities are also unlocked through leveling to make your heroes better so playing around with different skill combinations is key. I was rather impressed with the use of the controller layout and found that they ported the many options perfectly over.

The story for the game was well developed for fans of the universe and there are a ton of villains to come across as well as locations. The graphics looked great on the console and the experience was mostly all smooth aside from some small frame drops here or there. This was impressive as the screen was littered with too many enemies at times. Marvel Heroes Omega is definitely a free to play game worth your time providing a solid experience and one that's enjoyable to play.