"Defend the Realm for Free!"

Dungeon Defenders II is the follow-up to one of my favorite Xbox 360 Arcade games and was one of the first games I ever received to review. It holds a dear place in my heart which makes this review somewhat difficult. The sequel which is a free to play experience is essentially a mess right now and while issues might get fixed over time it's been a bit since launch so I'm reviewing it as is. The core of Dungeon Defenders is to protect a crystal or in some cases other objects from waves of oncoming enemies. This is accomplished by actively battling the enemies and using barricades or traps to block them.

There's a full narrative to the game as you move through a number of acts for a lengthy story. This is best done when you're in a group of four as this is completely team work oriented. You'll also occasionally come across a boss level and these added some unique changes to the game. I was never blocked from accessing content as this is free to play and the only costs seemed to be decorative. As part of my review I also received the full bundle of characters which presents players with a wide range of options to play with. This was actually great as it was something different from the generic team, but the grown up knight will always be my favorite.

The look of the game carries its distinct art style from the first game with things just grown up a bit. The defenders are older though the story is just as charming. For the most part the actual gameplay runs well though I did notice some tearing during intensive scenes and audio crackling from it being overwhelmed. Still, it ran mostly fine despite a pile of enemies on the screen and it's a blast. You setup towers easily using the D-Pad and then shift over multiple options also using it which was impressive. You can upgrade them, fix or even easily pop up new ones during the match. Levels are split between multiple waves switching between building and then fighting. Now onto the harsh aspects of the game, it's very broken.

Not only were the servers not prepared for the game, but it crashes constantly. If you go into an online tavern match, it'll crash. If you try to continue playing with others, crash. I was essentially restarting the game every single time I played a level, an absolute nightmare. From there the server joining is horrible as well, whoever thought this list was the best option I question their UI judgment. At first I had no idea how to join and once I did it was a nightmare. I'd go to join a match and couldn't because it was a different region, why even show those games to me? Then I have to wait to join a local tavern server and look again, so many games couldn't be joined for whatever reason and these issues were tragic. 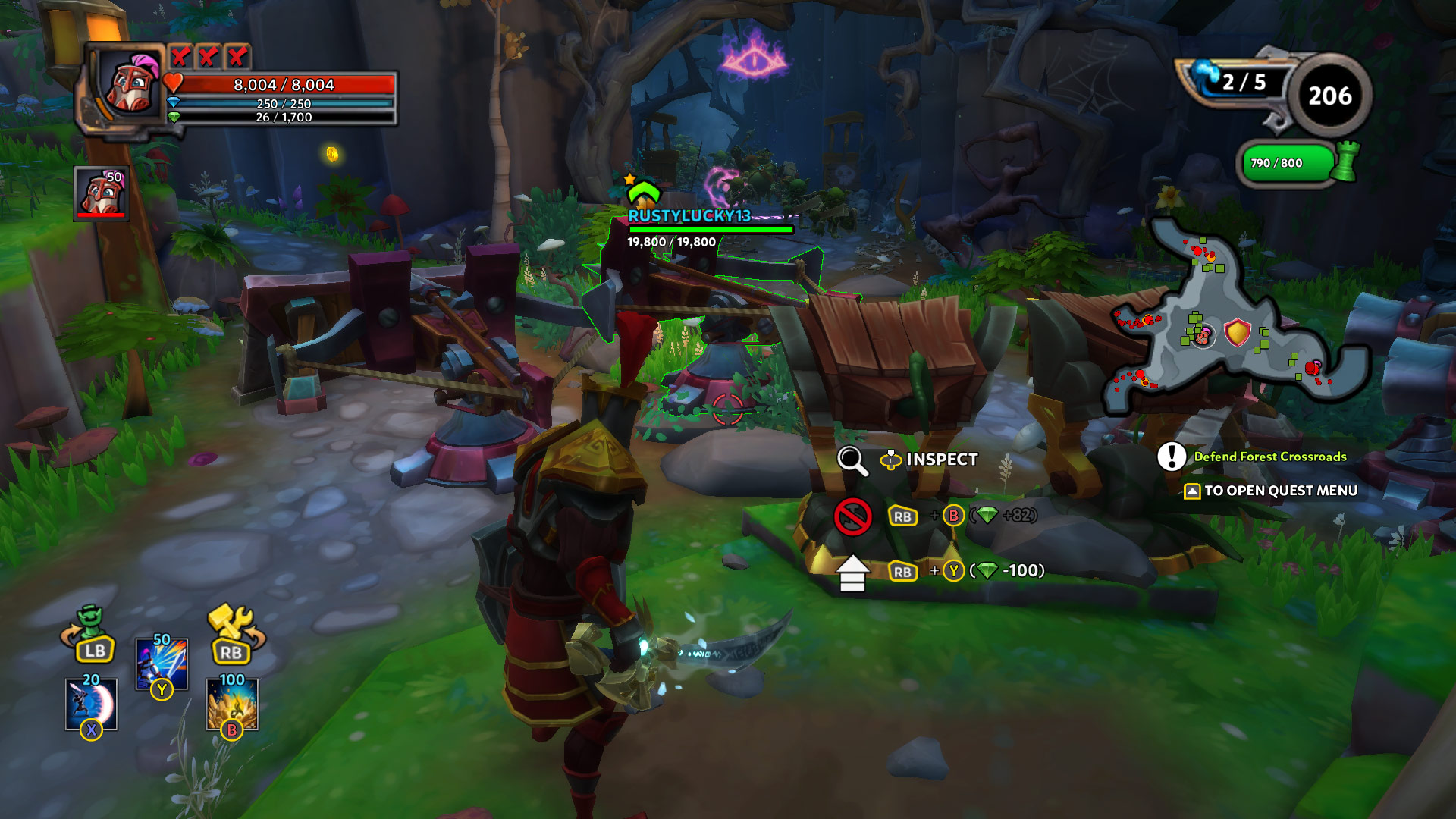 Dungeon Defenders II is a really great game and I'm sure it will match that quote at some point, at launch this is a complete nightmare. Few games have disappointed me to the degree that this launch has, it's pitiful. There's having some minor issues and then there's not even testing the game. How did a crash every single time you load into a lobby get passed certification? I can't comprehend that and the server joining, why is it so awful?

Once you get into a game it's great, so much fun can be had and the story is lengthy. The maps were solid, the roster of characters was awesome and there's so much content based around the collection of items to buff your heroes. I loved the addition of character decks where you can switch between heroes and as a free to play I never felt pressured to buy anything. It's basically this incredible game that's stuck behind broken UI that kills the entire experience. I'll be taking a break from it after this review and hopefully when I return, if I have time that Dungeon Defenders II will be in a proper condition.