Valkyria Revolution tells a tale of political intrigue as a group of traitors and their journey gets explored through a story set in the present time of this universe. As a combination of characters you'll move across the land claiming territory for the Jutland against the opposing Ruzi forces. While basic magical elements of Ragnite exist and power things, there are other mysterious aspects at play. The narrative was rather interesting, but incredibly drawn out. The cutscenes seemed to last forever and I was often bored while waiting to play. This is disappointing as there's so much potential within the game and its story, but you get to rarely play it.

It's more about just watching a really dragged out movie and the cutscenes were barely animated aside from some shuffling. This does make the experience last a long time with every detail of what's happening being explained and fully explored, it just wasn't very engaging. I enjoyed the lore of the land finding it interesting with a plot that was definitely unique. The characters were fine though so many were introduced at once which I felt odd and it would have been better to see them slowly getting brought in. It's hard to care about such a large cast when they're thrown at you from the start.

The actual gameplay aspect of Valkyria Revolution doesn't come often and when it does it's mostly tedious. Enemies stand around and aren't very creative while you slice through them. This is fine to a degree, but it's a weird balance to the long boss fights. There were many times where I wasn't sure if the game was glitched or not as the bosses would block any attacks I would throw at them. This created frustration and I wish the game had some more spark to the combat.

It was also odd seeing the system being based around real time combat while also having a turn based mix. I would go to fight someone, get halfway through and then have to pause to wait until the ready was up. I'm not particularly hating this system as it was interesting, but I could see how it wouldn't be for everyone. Aside from just slashing, there are magical spells to send out and high powered weaponry such as guns. You can switch between characters on the fly while sending commands to them as well to assist during battle.

Between levels you get to improve abilities or buy things at the market and this hub was a neat way to expand the world. The visuals weren't honestly anything too impressive as the designs were layered with a grain of sorts which I supposed was intended to add a distinct art style. This was opposed by the lovely music and generally the sound quality was top notch. 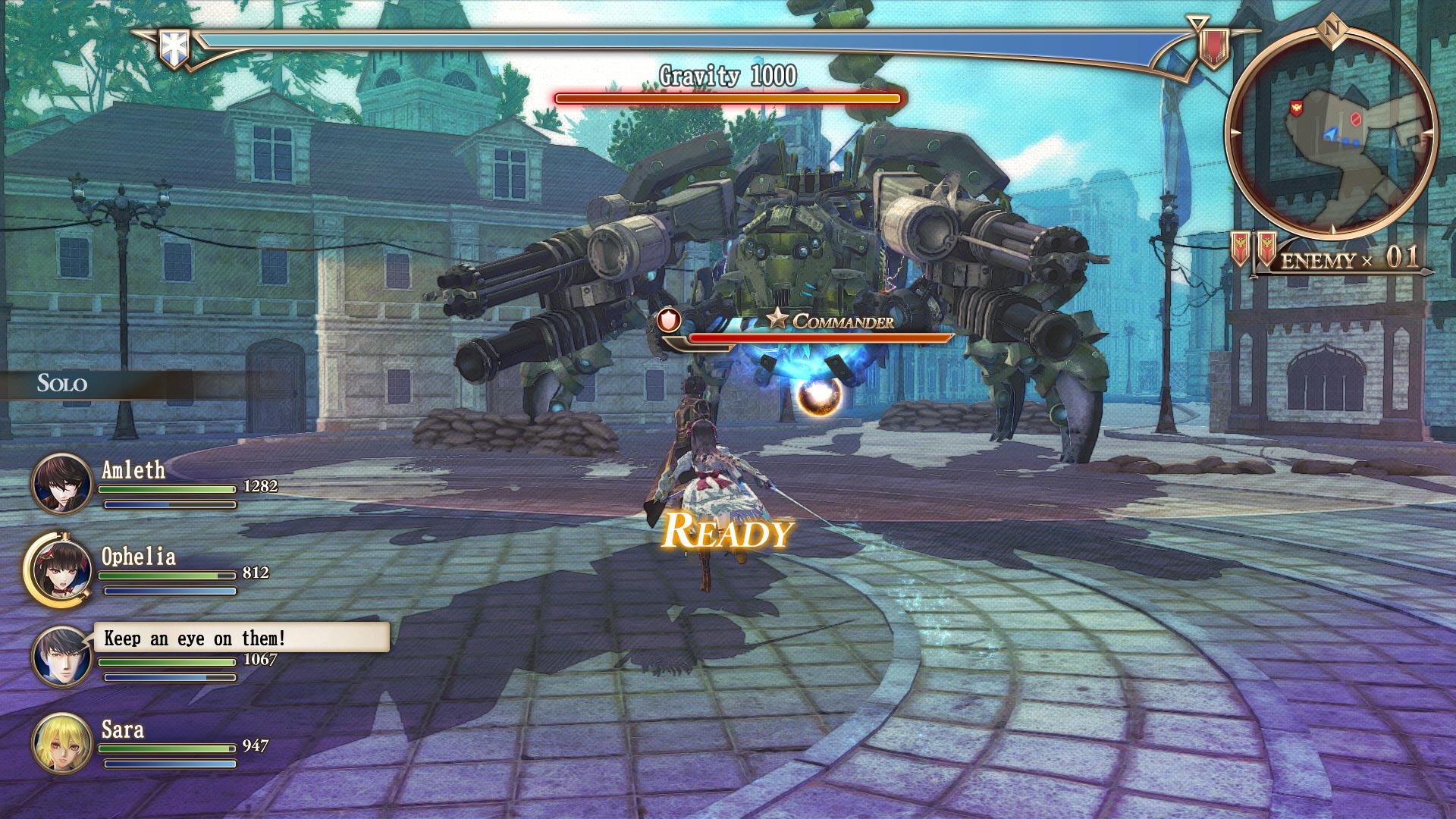 There's plenty of gameplay time to be had with Valkyria Revolution though most of the journey is tedious and filled with overly elongated cutscenes. The story was well displayed since the game was so long and I did find the narrative to be intriguing. It's just disappointing to see it stitched together with lackluster moments of combat and slow cutscenes. I could see there being potential within the universe to do something else in the future, but this one didn't quite come together. Missions felt repetitive, the pacing felt slow and I had a hard time keeping myself interested.