The Golf Club 2 aims to expand on the offerings of the first game while also improving the core experience. In this sequel you can carry over existing courses or make brand new ones with the improved building and item system. It's all about increasing the amount of available golf content while also simulating the sport. At its launch there is a good selection of official maps with the opportunity to easily grab new ones from the community at any time. This is mostly the core of the experience with its freeplay option, but this made feel as though there wasn't enough progression within the game. There's a bit of a campaign section though it really doesn't give that sense of moving forward.

It's more of less just playing some organized rounds of golf. That aside, there's a wealth of things to do from the single player open matches to the multiplayer with clubs. You can join a group to do competitions with or play with up to four others at once. I found the multiplayer to be fun, yet not really well integrated since you can't easily see each other and play at your own pace so I don't see the point. It was also rather difficult to get setup as my friend and I spent about fifteen minutes trying to understand how to get into a match together. I will note for those trying to figure it out, it's all done in-game so have someone join a course and then wait for a prompt if they're a friend. The course editor was fairly easy to use with many options to get a map setup quickly and I'm sure this will bring great courses following launch.

I found that The Golf Club 2 looks fine visually with decent character designs and well crafted golfing terrain. I would have liked the environment to look slightly better as some of the textures could be rather rough at times. That being said, it all renders quite well with decent load times so I suppose it's a trade-off. There's also a good selection of environments with the right number of biomes to capture all the key seasons plus some. The actual golfing portions work well with the driving swings being intuitive and easy enough that anyone could use it. I found that putting could be a tad touchy though it mostly takes some time get used to. There's a good selection of gear, clubs and tools to make the simulation feel natural within the game. 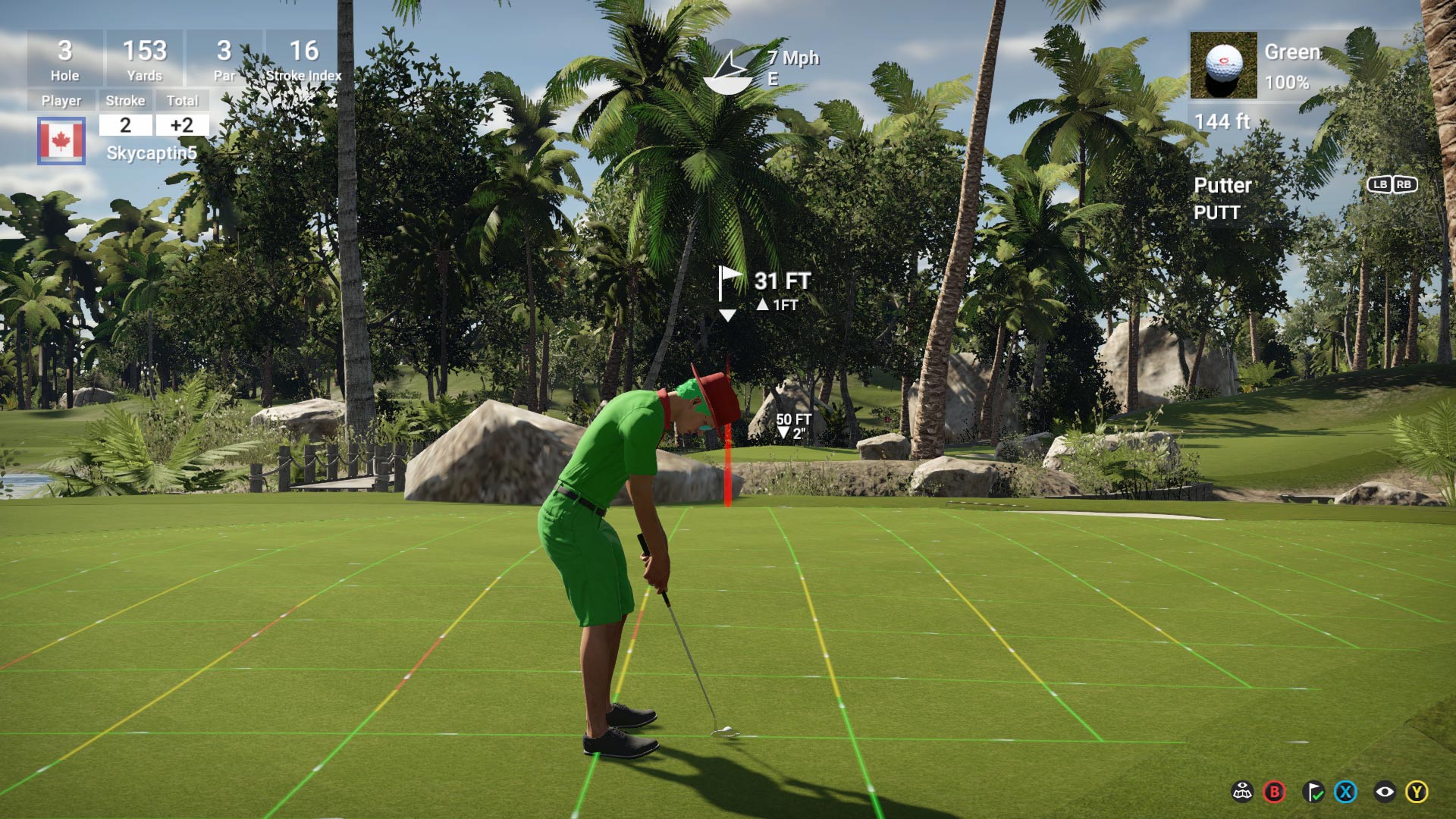 There aren't too many issues with The Golf Club 2 and it generally emulates the sport of golf rather well. I would have liked to see some slight graphic improvements and progression for the campaign, but there's plenty of content to play. If you enjoyed the first game or just want to golf then there are few other games presenting this quantity of options for the sport. It doesn't really excel instead offering a solid package and a fine game that can easily be expanded upon by the dedicated community of creators. All the right aspects of what you could want in a game that emulates the sport and the course creator only helps to expand that.