"Belongs in an Arcade"

It may be a mixture of off putting graphics that look something reminiscent of games back in the arcade or that most of the game just seems slightly bland. Either way Lococycle is really just alright, if it wasn't for something that gave it a little bit of charm and an interesting technique that adds real filmed cutscenes between levels that give the majority of Lococycles story. I really found this to be something completely different not really something I've seen done before with even a certain portion of the game blending real world film with the game. The cutscenes themselves were probably the best part aside from some of the funny comments exchanged from Iris the blue motorcycle and Pablo the more guy stuck to her. It's actually quite weird that this is how the game all comes together is that Pablo is stuck to Iris after a freak electric storm makes her sentient and wanting to go to some freedom rally. That is the entire premise and from there it is just racking up massive combos by button mashing, or finishing off fairly simple bosses while boosting along in this really aged looking world. Now this style of art would be fine if it was Kinect run as originally announced a couple years back, but I just expected a lot more from this title in terms of realism. To an extent there was a fairly nice range of enemies that all had some sort of basic weakness, but they all followed the same sort of style to them without much room for creative attackes. Even the boss fights were very tame despite featuring some crazy bosses that varied in scale. There are many nice nods made by Twisted Pixel to their other titles and it has their unique charm, but the Lococycle is just sort of boring and easy. The only real difficulty I had was going back to clean up the achievements which was more a tedious task then anything. 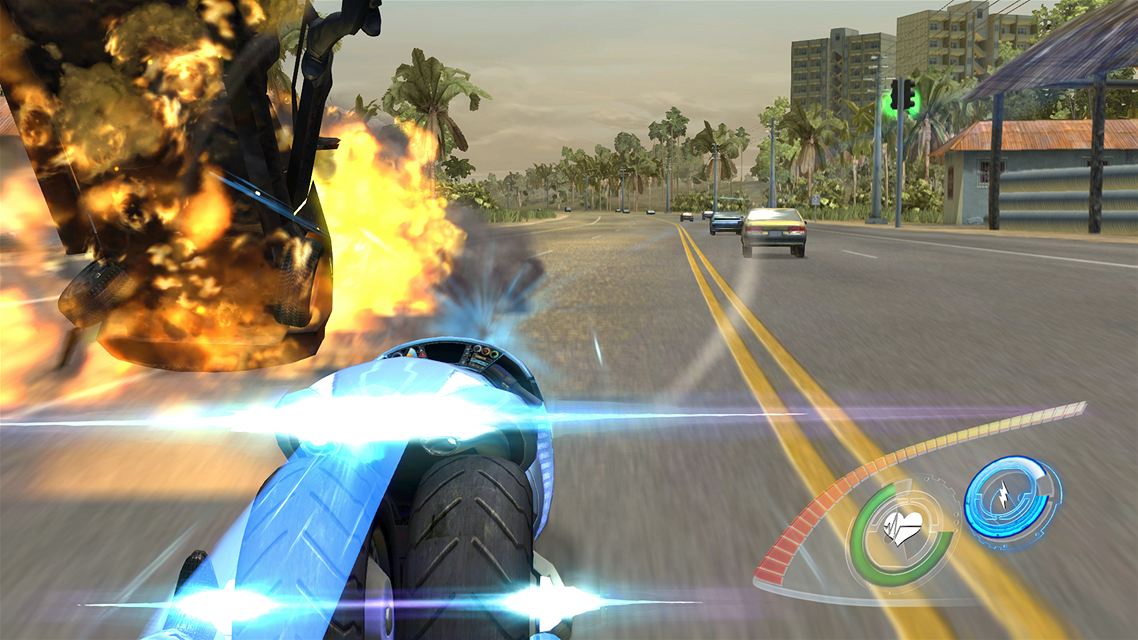 It really doesn't look very good at all and seems quite aged in what you would expect of a new launch title. You could say it has its own style, but it really could have looked a lot better. The gameplay is fine though very simplistic with a limited range of things to do any many section that just seem very repetitive in nature with little variety. 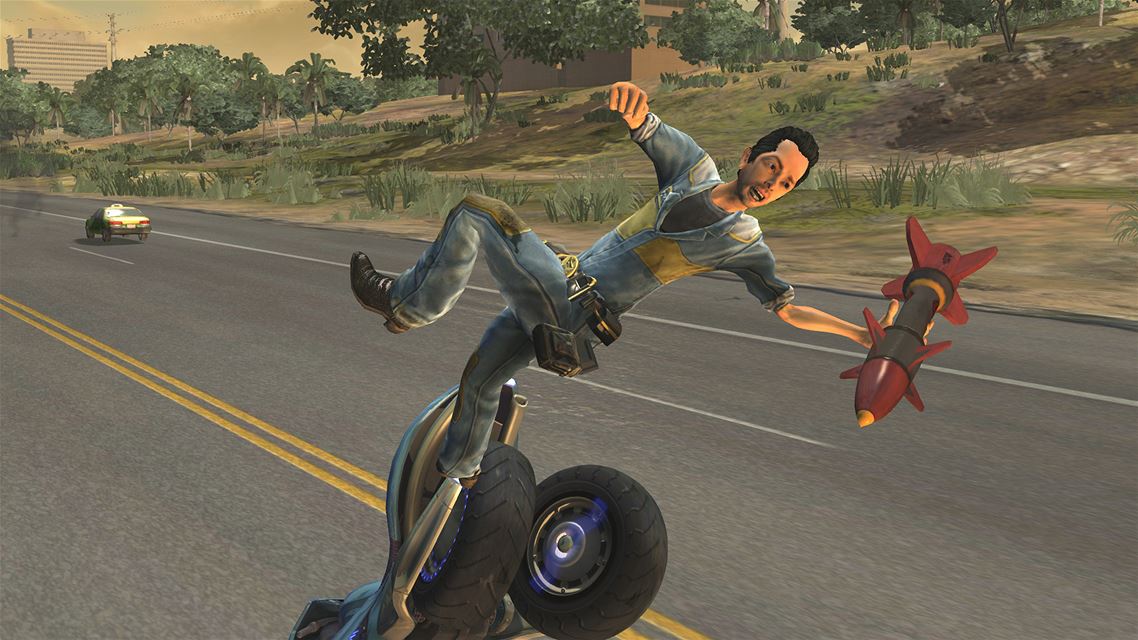 Lococycle is basically just alright, it's not terrible by any means though it really doesn't have any wow factor to it. With the recent price reduction it is far more worth it than before and it really comes down to if you feel you could enjoy the game. The characters are interesting enough and the story is slightly charming. Those filmed live action scenes were awesome and I'd love to see them try it out again. Also I noticed a nice perhaps tease of their next title in the concept art when I was skipping through it. Always excited to see what creative and crazy things Twisted Pixel will produce next.

Checkout our Other Xbox One Reviews 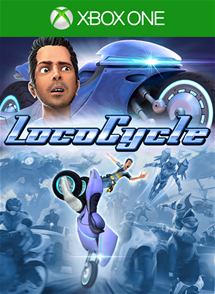 Titanfall Review on Xbox One