Dead by Daylight is essentially the equivalent of taking every horror movie Cliché and throwing it into a competitive game. It's a multiplayer only title as the experience is essentially based purely on being a survivor or the killer against one another. As a survivor you work in a group of players that are attempting to escape by turning on generators. It's a rather simple concept, but one filled with skill and cooperation in order to be successful.

On the other side of this is the killer, they want to kill everyone they can before any survivors escape. Both sides have certain bonus skills and abilities to achieve their goals and it's about finding the perfect balance for either to be successful. That being said, it's rather simple and there's no variation to what you're doing with the objectives always being the same. The maps do vary greatly with what content is on them, but they feel very similar after awhile since so much content is shared between them. Mode wise there's the standard ranked matches to choose either side and one where you can survive with friends. If you want a private match with special options, that is a mode which is also present.

I wasn't really impressed with the visuals of Dead by Daylight on the console, especially considering the long loading times. It doesn't look particularly great and I had noticeable performance issues with these being more present as the killer. The matches were also occasionally very laggy and matchmaking can be a severe pain. Sometimes it takes a minute to get a game whereas others you could be waiting up to twenty minutes to get a match. That becomes worse when some games are fast since there doesn't appear to be any skill based matchmaking or if someone quits.

I also find the game poorly balanced in general with some matches as the killer feeling pointless in my abilities to kill folks. This is the same as a survivor where some are a breeze whereas other killers decimate us. I also had issues with the system for being removed from hooks or escaping, all very inconsistent. The random level/perk system was neat, but I never felt like I was given any advantage by even bothering with it. There's however a good selection of typical horror killers so that was cool and the buzzing slenderman type fellow really is terrifying. 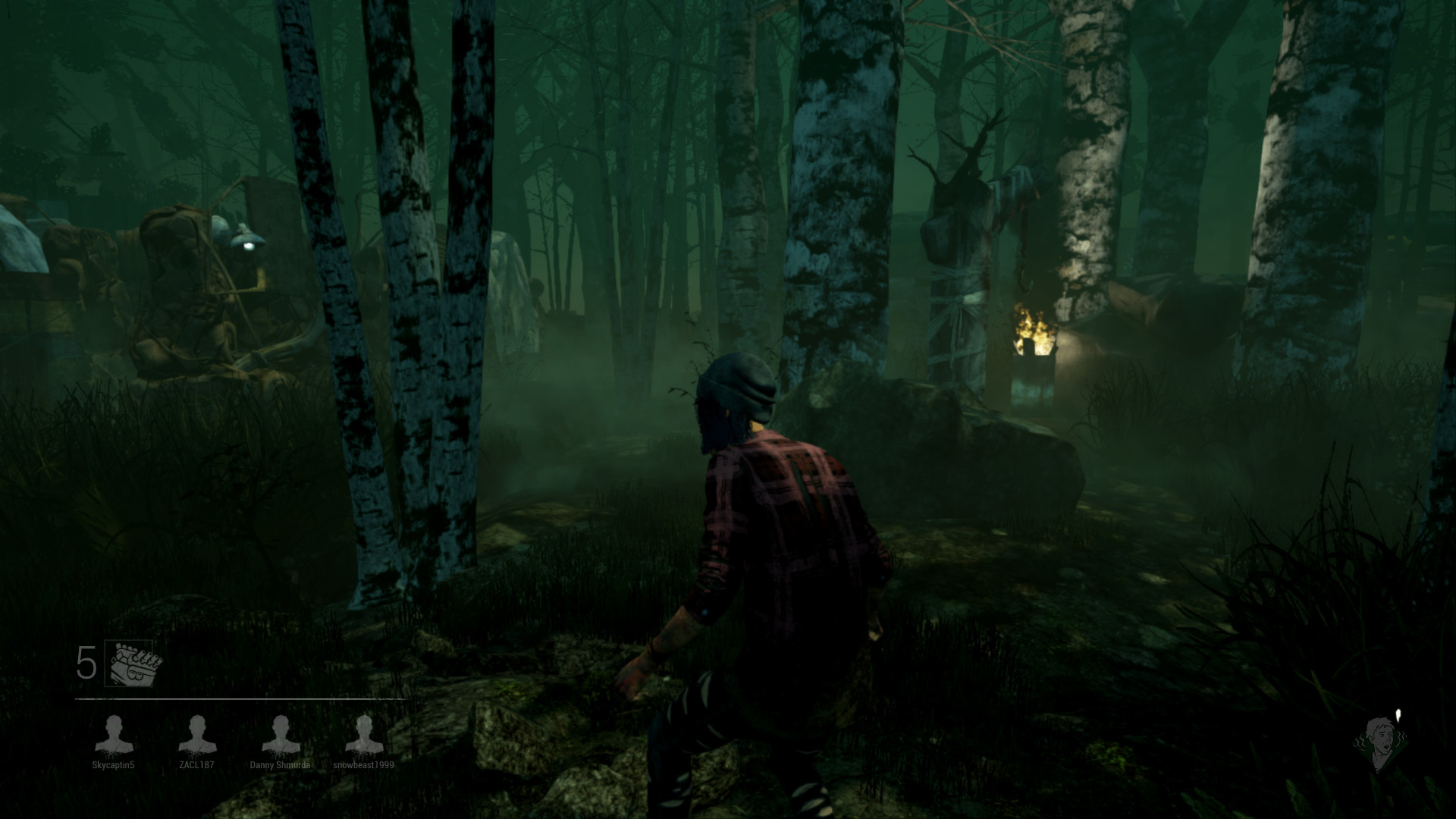 I did have fun playing Dead by Daylight as it does have some great moments, but there are so many issues making it hard to reach those. For the console it didn't feel like the game was optimized very well since it takes forever to load a game and once in one the visuals weren't impressive. There's poor balance within the general game and it takes too long to matchmake with others. I also had times where the game could be boring as survivors would draw it out while doing nothing and that was horrible. I definitely like the idea of the game as the concept is sound, the execution here just didn't feel complete.