Guardians of the Galaxy continues its hot streak by expanding on this mystical item of ultimate power and leaving us on the edge. It's an interesting build on the previous episode as Starlord gets back up and then we push forward. Not only was the general story dramatic and well done, but it also provided the humor that this group is known for. Starlord was in full effect this time around as the main focus for the group with only minor portions of the episode having you control the others. I had expected this to some degree considering the key leadership role, but the episode also took us to a side place that I never expected.

This was an interesting side look at Rocket and his origins, it was unexpected and added some sympathy towards who he is. That portion of the episode is wrapped around choices of dealing with Nebula as usual and discussions with an old friend. The old friend portion was somewhat disappointing as they were well portrayed, yet pointless to the current story and randomly vanished halfway through with no explanation. This and the ultimately odd cliff-hanger that could send the story anywhere were rather puzzling in what was mostly a great ride.

Telltale titles play with a cinematic focus having you mostly just control narrative by selecting from choices and additionally quick time events. They seem to have grown their detective mode from the Batman series having Starlord fly around at times to discover things with this being used briefly within the episode. The game ran very smooth on the console which is great, there's usually some sort of issue and this one was solid throughout with no issues present. The graphics also continue to use a smoother look to them and that was pleasant. I also felt that they nailed the characters here not only in their attitudes, but also with the voices as well. A final mention to gameplay would be to check the mixtape out on the ship as it can play tunes. 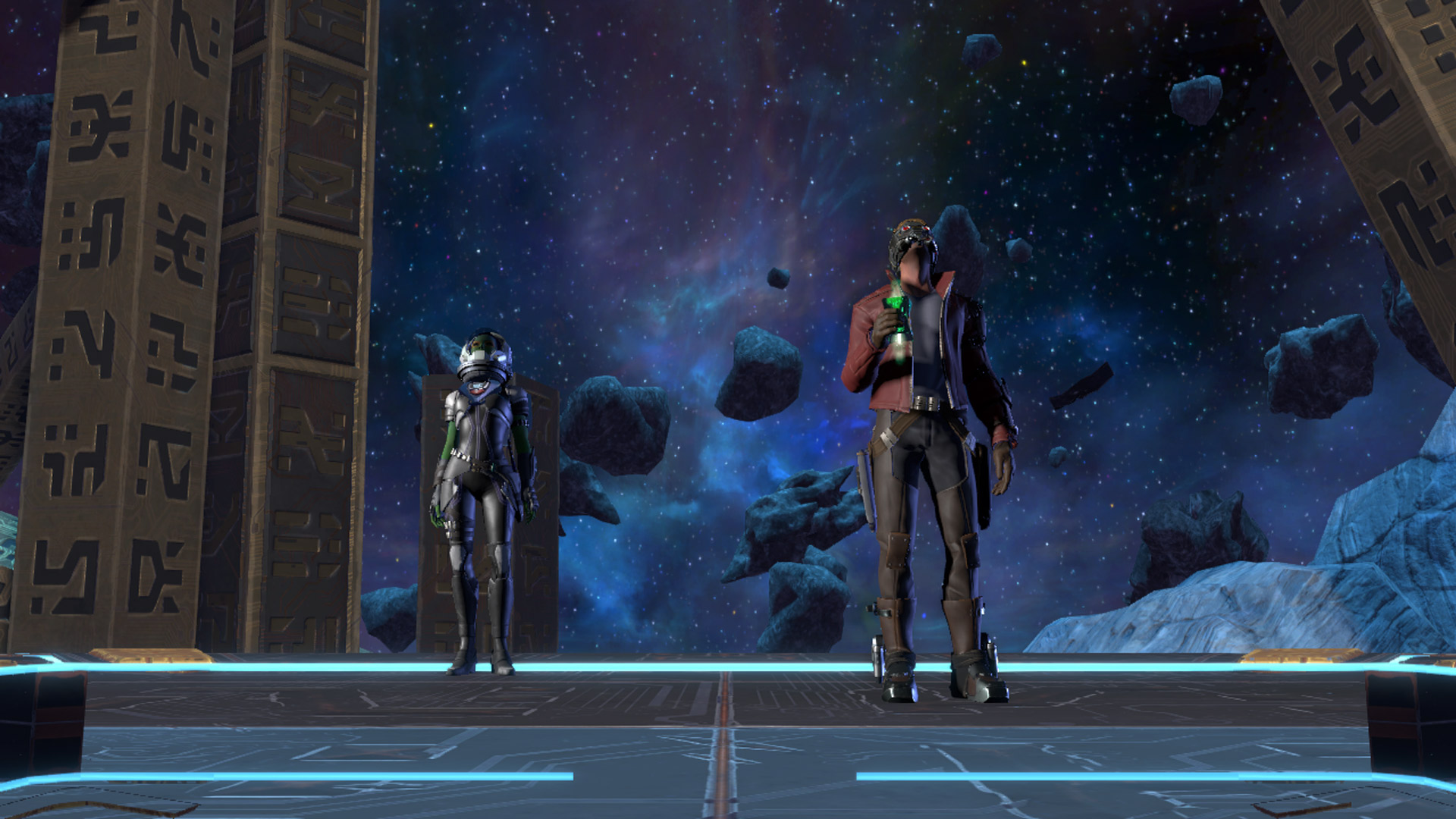 I really enjoyed this second entry in the Guardians of the Galaxy season and I'm left wondering what exactly they're going to do with the rest of the episodes. Telltale has continued to surprise me with curiosity in what the overall story is and I'm glad they're digging into some of the personal issues for the group. These problems are always there, just rarely touched upon when the focus is action and comedy.

You still get both of those, but the episodes have taken the time to get some quieter parts in. This is important for developing the characters and hopefully each episode gives a slight focus to someone else within the team. For now, this was a strong episode aside from the odd disappearance and bright lighted ending. I have no idea what's to come next, but I am certainly excited for it.