Dragon Bros is a run and gun sidescroller where you play as dragons. This can be done by yourself or with a local friend to survive the waves of oncoming robots. There's a selection of quick levels to run through and the select area is a large map to move around. There wasn't honestly a ton of content in the game as you went through the story and that was it. It was somewhat fun to play, yet certainly nothing too different aside from the dragon aspect. The levels also weren't terribly creative as most were generic factory type places with some occasional traps thrown in. The boss fights were interesting having decent variety, but that doesn't help the alright other levels. There honestly isn't much to write in terms of story since it's a brief cinematic that carries you into the experience that feels arcade in nature.

The game does actually look quite detailed for a pixel game. There's nice sway in the backdrop and some smaller details to add some realism. The gunplay is fine though nothing too distinct and the character models felt somewhat repetitive with how many robots you gobbled down. The robots also didn't do too much aside from float around as you ran by or were destroyed easily during the stop and go moments. It was nice to play with a friend in local play as that did help with clearing enemies. It wasn't particularly difficult though even by yourself and it doesn't take long to just speed through everything. 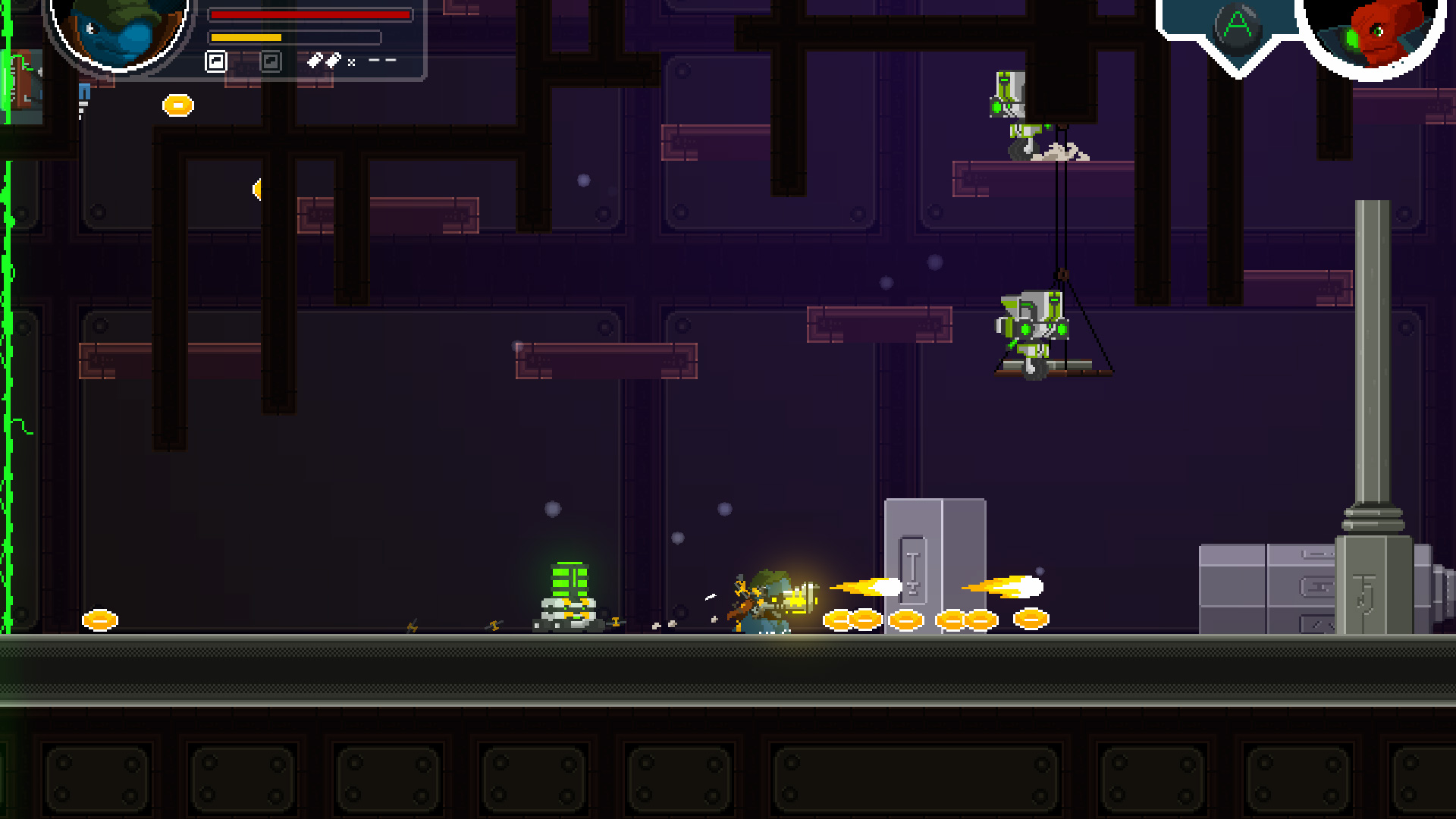 Dragon Bros is a fine game, it doesn't excel or provide anything too distinct but can be fun to play. As a group it's an enjoyable time mulching through robots with this functionality just being local. The environments were nice when they were outdoors and fairly bland while in factory areas. There's not a ton to write as there really wasn't much to the game and it didn't capture my interest for very long. I did have fun playing it for a few levels and then after that it felt repetitive without evolving enough.