Tokyo 42 is a futuristic assassination based game where you're framed for murder and then become an assassin in order to catch them. While that seems counterproductive to some extent, it's best to just roll with it. After getting an escape tutorial out of the way you're unleashed upon this large and beautiful futuristic city to take out contracts. Things start off small and eventually you grow your contacts within the underworld. Doing so let's you progress with various factions on a number of missions to take part in. It's a large world with some fairly complex levels and rather interesting goals.

Each mission presents a different task and multiple ways of how you could tackle them. You collect better gear, get some fun disguises and then attempt more difficult situations. You can also just walk around shooting people if that's your thing, but the cops will rain down upon you. Aside from the main levels are fun side ones to gain extra reputation or coin. They're typically fun in their goals as I had to kill a yoga instructor as an example, yet very creative which was enjoyable.

If you're also looking for a bit more to do, Tokyo 42 also has a multiplayer area. This is simple in design, yet incredibly fun to play with others online. Across a selection of maps you can battle it out with multiple gametype altering options. You can adjust the AI population to blend in with stealth, choose weapons or select the ammo quantities.

The world looks gorgeous, I was very surprised by the unique style of Tokyo 42 and it continued to impress as I explored new areas. Featuring an isometric design you can flip around the entire world to see new angles and possibly create fresh tactics for different situations. It's really a magical place to explore with a wide range of bright, futuristic locations that for once aren't dystopian. There are a wide range of weapons to take advantage of from your standard guns to crazier ones such as a minigun or laser. These weapons can be aimed with a close attack or at a distance with a special targeting system that can take some getting used to. The game can also be rather difficult at times, but with that comes the concept of developing new strategies. 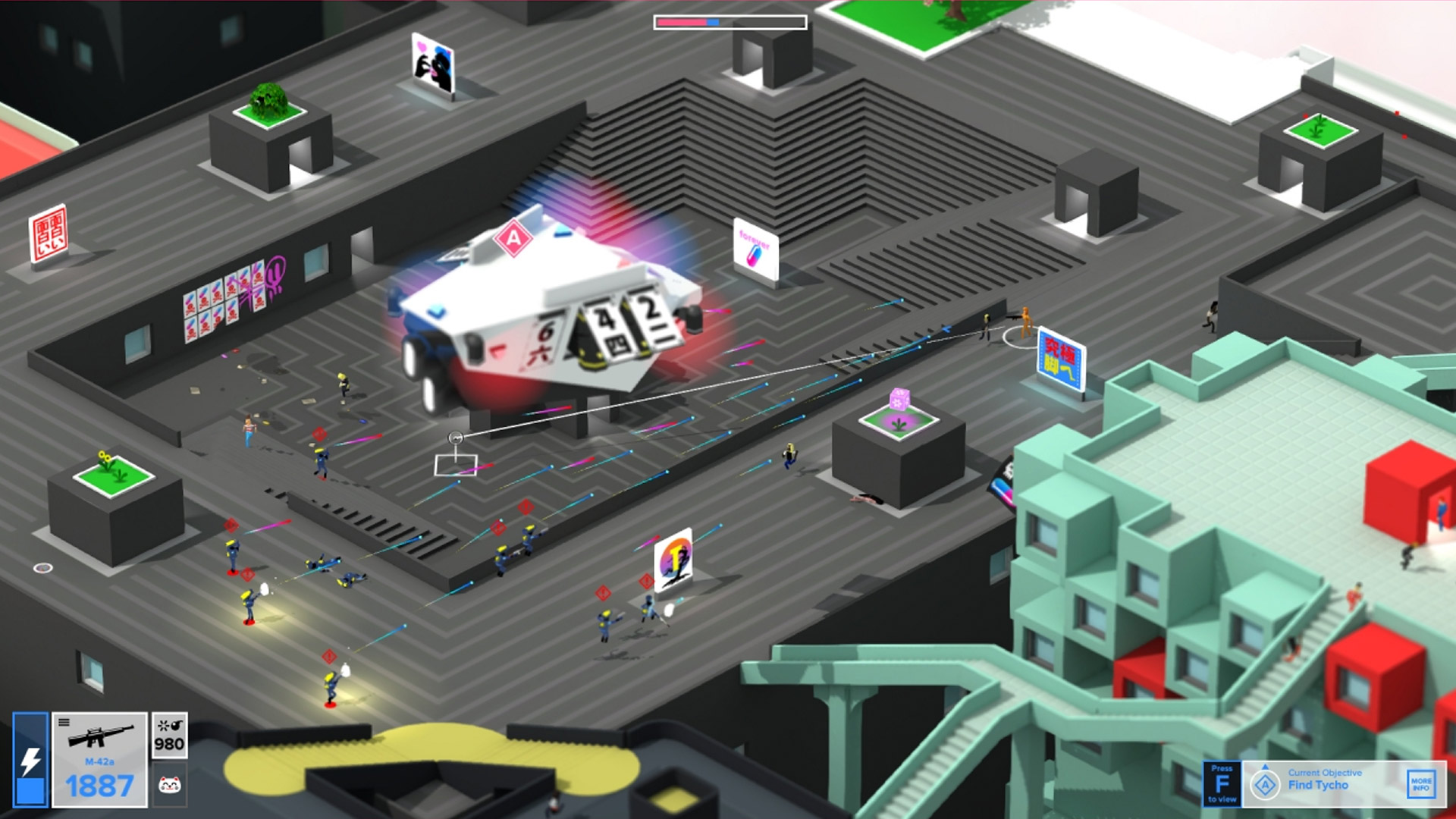 Tokyo 42 was certainly a refreshing game with its stunning isometric design and unique mission setups. Each offered a wide range of choices in how they were tackled and this was fun to test out. A lot of being successful here was coming up with ways to get the job done and something you did in one mission might not work in the next.

The story was also well balanced between having a good time and carrying that serious tone. Some elements were slightly a joke as you killed people to prove innocence or killed some hilarious people. I remember taking out a Mini Golf tycoon or disrupting a nudist's gang, it was different for sure. I found Tokyo 42 to be something completely new and it provided a great time with the campaign or even the multiplayer with others.