"Episode 5: From the Gallows"

This was a great improvement for the season, it brought back that balance of feeling like there was a real threat while also having many emotional elements. It was one of the first ones this season to really get the flashback aspect work perfectly for it by adding a bit more back story at the right time. Being the finale this episode aimed to really tie things off while obviously working towards what might come next. Hopefully the wait won't be so long this time, and I would like to see Clementine take point once again. That aside, let's dig into the conclusion of Javier's story and the massive confrontation with his brother that has been building all season.

Things start right from the destruction of the gate with the crew desperately trying to get together. There's chaos, fright and a different side of things as we rarely get a sense of the problems we cause. There was a good balance of quiet times and the action packed ones. This was nice as everyone got to say what they were thinking and all the side stories seemed to be closed off towards the end. Some aspects were alright in how they were handled, but I saw why certain choices were made to move the story along in a timely manner. I found the center piece to be the confrontation of brothers and it was handled beautifully feeling perfectly cinematic with the right music to back it.

This third season is a definite show of the progression looking similar to the better design of the Batman series. This episode was smooth for gameplay only having an odd character model hitch and the smooth gameplay was appreciated. It seems to be really hit or miss with Telltale for glitches and it was great to see this one run well. The game carries the same cinematic style as before where you make choices with bits of gameplay thrown in. This episode was largely straight forward with only minor moments of gameplay to figure out a single section. This one was basically just cinematics with another look at an iconic thing that characters do within The Walking Dead and some intense 50/50 decisions. 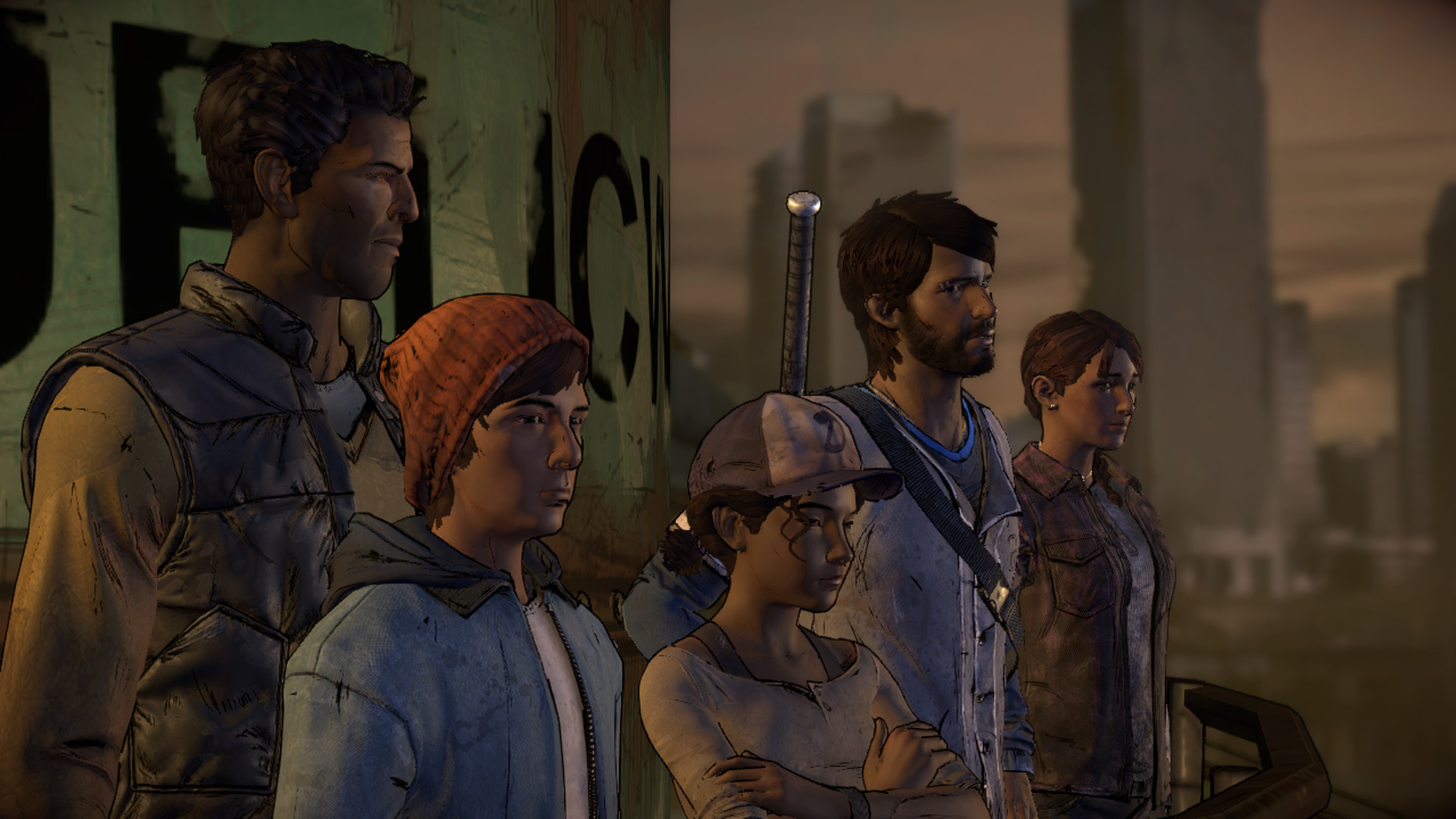 This was definitely the ending I had expected for A New Frontier as it closed off this third season well and gave us a good look at what was going to happen with the characters. It could have even ended slightly sooner since the story felt like everything had reached an end. With that, I was glad to see the extra after stuff since it didn't end in a typical cliff-hanger. All the most important themes that were explored across the season got finished off and it'll be interesting to see where TellTale takes us for the next season.