"Shouldn't Exist, Sure am Glad it Does"

When I first saw the trailer for Garden Warfare I was more than a bit surprised, but sought it out as I thought it looked enjoyable and was really well priced. It is a cheap title which makes sense as it only features online modes ranging from competitive to cooperative. Once playing I was more than pleasantly surprised by the quirks and lovable little things that these characters do while they are running about on the battlefield.

It really feels like an intense shooter that is aimed at all demographics with a more playful style combined with destructive environments and mass plant or zombie carnage. There are of course these two distinctive sides which are then furtherly split into smaller classes which resemble a system comparable to that of Team Fortress where each one brings something different to the table. From the foot soldiers that are your basic infantry to the healers such as the humble sunflower that hops around with some weird glee.

They each fill a niche whether it be in the regular deathmatch or the objective based Gardens and Graveyards which plays out more like Rush in Battlefield. You may think it is strange comparing a simple game of weird creatures to such a shooter, but it makes sense as that's how it really feels when you are playing. With the larger sized teams there is always tons of things going on from football zombies tackling across the field to the magical cactus hiding up above raining pricks down upon the people on the field.

On top of all this weird action there is also a number of ways to which you are able to customize each of your troops by unlocking trading card packs with your earnings to gain new items for which you are to personalize your character. This leads to a wacky field of crazy characters doing all sorts of things to help sway the game whether that be engineers building portals to throttle the troops or chompers campaign and waiting for their moment to strike on an unexpecting passer.

The multiplayer modes are rather simple and I would welcome more changes though the maps are well suited for their respective modes with the Gardens and Graveyards settings actually featuring massive maps with wave advancements as you push back the defending plants. The cooperative mode on the other hand takes a group of four plants and throws them onto a map as they try their best to defend a garden from waves of zombies that grow in strength as the game progresses and has bonus rounds where the slot machine flips to decide your fate. Which always brings a variety to your matches as you will have to adapt your defenses accordingly. 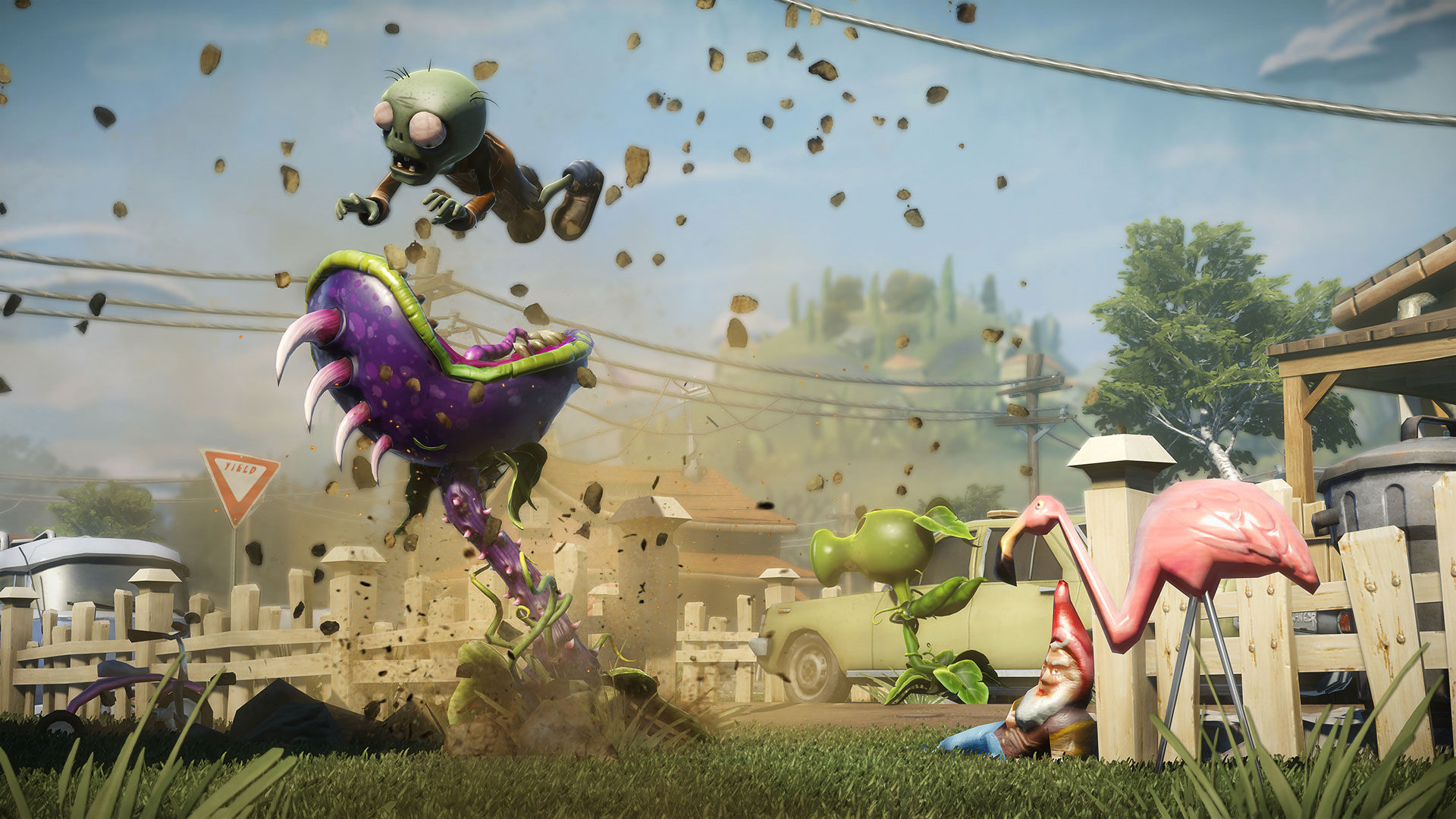 PvZ looks really great and has really beautiful scenery within this crazy battlefield. It also attempts to bring in the traditional feeling from the mobile version where some building or launching of units is done, from growing little potted plant defenses to launching zombies from a bone area plot.

This adds a different element to the strategy as you must also compensate for these extra troops joining the enemy forces. It performs really well with worlds being quite interactive in terms of movement with many places being able to be reached which leads to some more dynamic combat. Everything runs fine in the game and the online seems very balanced aside from the chomper which seems to be almost too powerful in terms of their insta-kill ability. 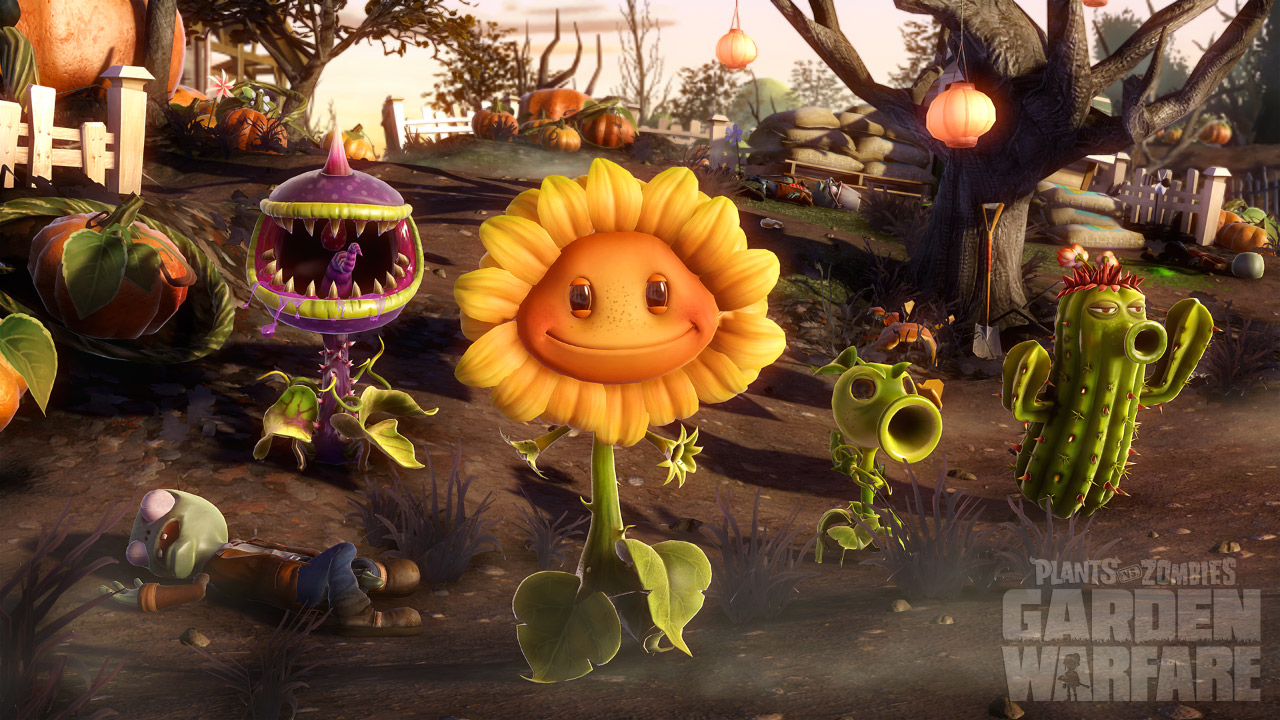 It's hard to discuss this game in terms of saying that it is really weird, but actually a really great play. It's a nice example that an online only game can be enjoyable and cater to many ages while still being competitive. There are many hours to be had and tons of hours to be had whether that is in the multiplayer or the cooperative Garden Ops mode. 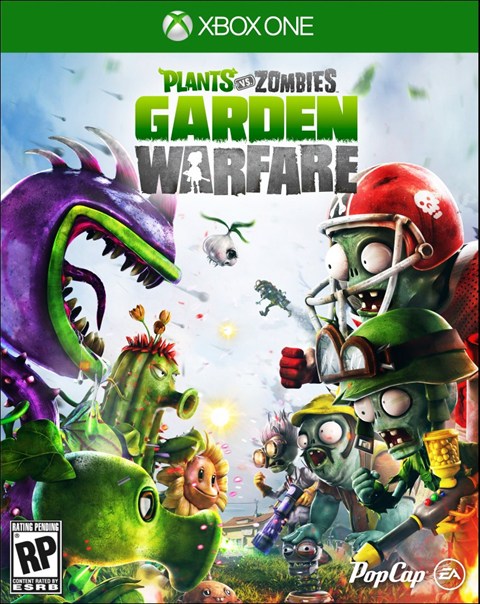 Plants vs Zombies Garden Warfare Review on Xbox One