Demon's Crystals is an alright twin stick shooter that allows four local players to cooperatively work together to blast away a series of ghouls. The game is split into three modes of Arcade, Multiplayer and Survival with each of them allowing four players. The Arcade mode is the campaign of the game where you play through a series of levels collecting coins or surviving rounds of the horde to progress. There wasn't really much of a story with just bits of details on what the narrative was. The Multiplayer is a competitive area featuring a number of modes to battle each other on. The Survival mode is based on surviving as a group or by yourself as all modes can be done solo in case that wasn't apparent previously. It would have been really cool to get online multiplayer for all these areas and honestly a big missed opportunity.

It looks alright visually with lots of little particles once the combat heats up. It gets particularly crazy when you have a full squad going at it and it can be fun. I enjoyed it whether I was playing by myself or others, but it can get repetitive. I think that's part of the issue here as the game is incredibly alright. The movement was smooth, just like the weapons and the power-ups were fun. The enemies could have used some more variation, but there was a decent roster of them rising from the ground. The maps had some interesting themes and it was a nice touch to allow players to destroy them, but doing really didn't add anything to gameplay. 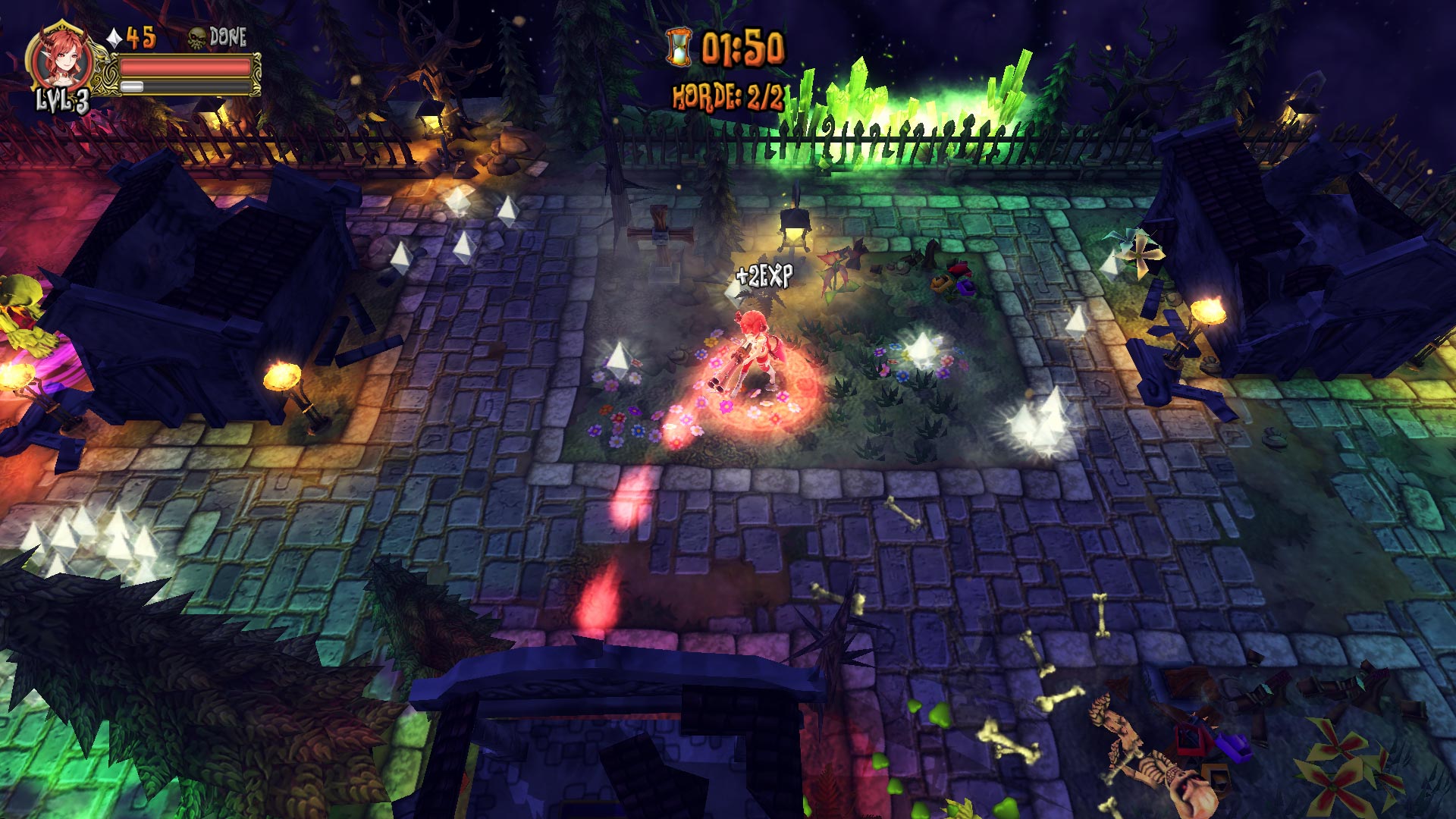 With Demon's Crystals there's a fair amount of content here across the modes and it can be fun for a group, but it's just alright. It doesn't particularly excel in any area or stand out from the rest of the crowd. There's nothing wrong with that and it's still well presented, for me it's just another game. It would have been great if online multiplayer and matchmaking was available, since that could have added great value. That aside, if you have a group it can be fun to play and there's a solid amount of content present across the three modes.