Mayan Death Robots is an intense competitive distance game that's similar to Worms in the sense of destroying your opponent. Taking turns, you battle against the AI or others in dynamic and lengthy campaign runs. The goal is to annihilate your foe's special box core while defending your own. This is done over multiple levels where each level adds a new twist and a continuous build off what's happened before. It works well and is not only tactical, but a ton of fun to play. There's a decent selection of maps present that each bring a distinct design and artwork. They fit together well offering a random and completely unique play each time.

The levels have inclement effects as mentioned before with the twists aspect. You could get frigid temperatures, crazy enemies invading or other special changes of gameplay. Aside from just regular levels of conflict, there are also some boss type characters where players can work with each other and it's wild to see those happen. I was playing with a friend when the first boss came into play and we were taken by a complete shock, it was awesome. Nothing like sending insults between each other and a massive creature rises from the ground to completely attract our attention.

What really makes the game so fun is just how wild it all is. Each match allows you to select a god of sorts and then battle with them. These gods all have unique abilities to mix-up gameplay and more are unlocked by playing. I liked a certain rocket based one whereas my friend that I battled liked the monkey with his banana skills. It's a turn based experienced like Worms and you just blow each other's areas to bits. Not only are the cores important to protect, but your little Mayan civilians can also drastically affect the game. They add to a damage increase which can be improved through a couple ways and this can just obliterate the environment. The art is lovely for the game with lots of little details and particles going on when things get really hectic. 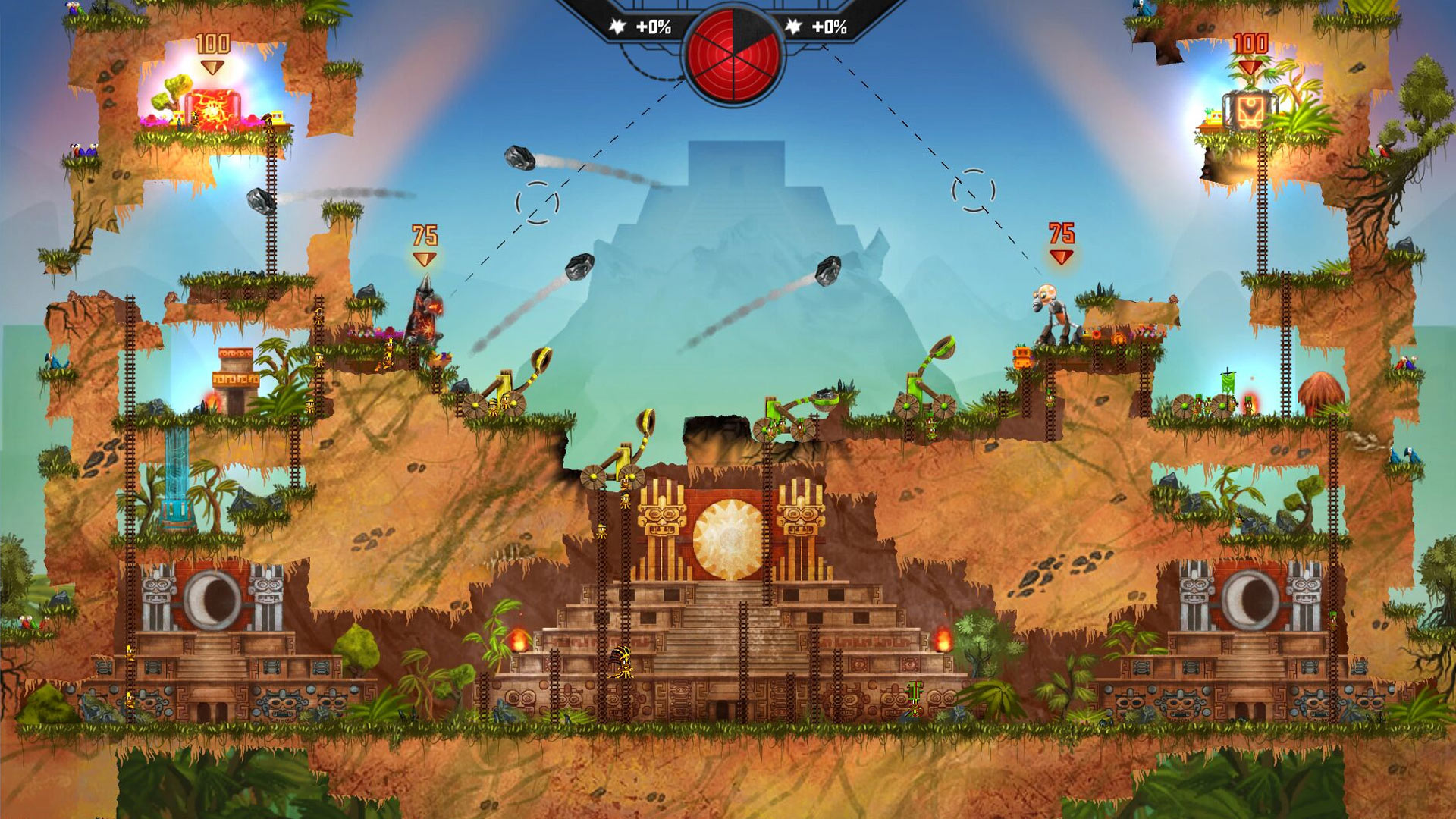 Mayan Death Robots is just a ton of fun to play whether you're against a friend, someone online or just playing against the cunning AI. The campaign design is well setup for unlimited play and it's great to just playthrough it. The little details within the world are fantastic and it was a blast to destroy my friend or his little civilians since they could be quite mean. It's a lot of fun to play with some solid strategic elements. Fans of Worms will find this to be a fresh take on the niche genre, finding this to be a great time.