The Surge is a Dark Souls like game that features difficult and cumbersome gameplay while presenting an interesting potential story. As a man looking for a job and a chance for a new life you head to CREO (not to be confused with the building blocks). I suppose the character has lost the ability to walk and is confined to a wheel chair so getting a mech suit is a huge life upgrade.

Apparently the procedure goes wrong or doesn't, it's not quite explained and he gets drilled into. It looks extremely painful as the sedative doesn't appear to do anything and he gets bolts right through his clothing. This probably isn't the best thing and I'd go crazy, but upon waking up he's totally cool with the fact he can walk.

That's part of the disappointment with this game is that the setting and general idea of the story is really great, but poorly executed. While in a facility of CREO's you move through various buildings and areas while getting stomped on by robotic zombies. All the machines and your potential colleagues have become mindless zombie creatures that lunge around.

It's actually somewhat horrific at times since they jump from nowhere and can be overwhelming. Each area is well setup with you moving through a linear and slowly opening up environment. Through progression you're able to find new paths and an easy way back to base. There are robots lined up along the way and some circuits to overloads, with a final insane boss at the end.

The gameplay within The Surge is a mixed bag, at times it's really cool and at other times annoying. It feels cumbersome with slow lucky hits being the key instead of actually needing any skill. I would be in an epic fight and then some other robot would slap me once in back from no where causing instant death. It's not a type of game I enjoy and after having died far too many times I just had a complete sour thought on anything in this.

I'm fine with death since many like these sort of games, but the way it's presented is bad. I never felt like I was accomplishing anything and that it was set up for you to grind the same enemies multiple times to level up. This evolved into me just coming in and out of the start area since enemies re-appear every time to collect their parts.

The highlights of combat for me were when you got crazy execution moves. There's a neat targeting system in play where you can select body parts to hit and then slice them off for potential items. The finishing move is also gore filled and so satisfying, there was real potential here for a fun game. The environments are also really nice looking with lots of small details and the level layout is mostly well designed. 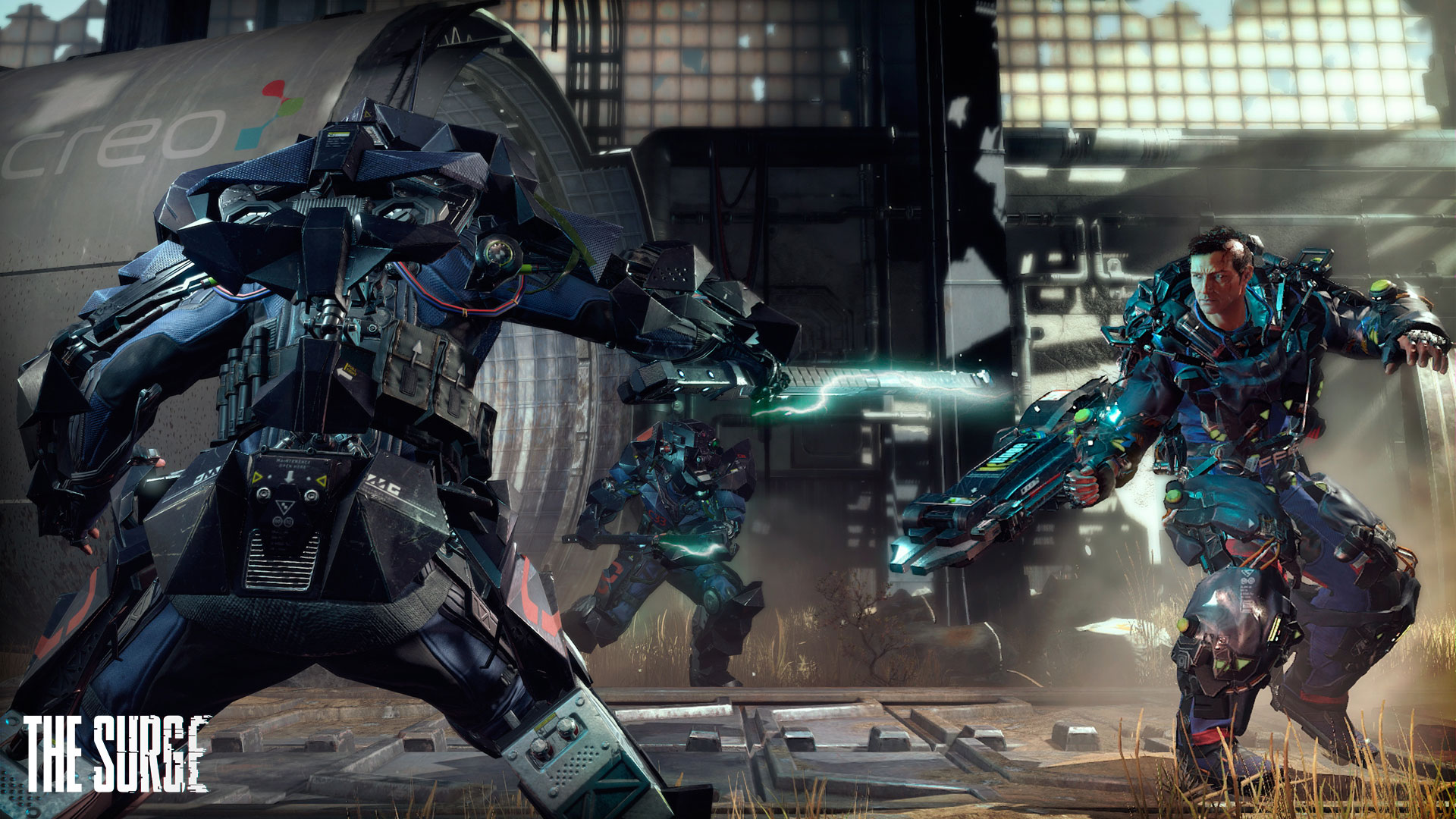 I really wanted to like The Surge, but I hate these type of overly difficult for no reason games. I'm not going to negate anything based on that preference, but I can see many finding the game pointless and not wanting to play it at all. This where some of the intense difficulty comes in with boss fights feeling unfair or perhaps just not explained well enough and some scenarios being overwhelming.

There's an interesting combat system in place for collecting parts and then using those to upgrade you rig. My character looked rather funky after collecting scrap to upgrade him and I had neat abilities attached. It didn't particularly help my cause, but the transformation was interesting. The world looked great, the combat for me was 50/50 and the story could have been more interesting than it was.