Butcher is an intense and visceral pixel based game with a level of gore I didn't think pixels could produce. It plays out essentially like the classic DOOM games, but as a 2D platformer and it works strangely well. Each level is fast paced with the goal to clear them as quick as possible. They're not relatively long, but packed with enemies and minor puzzle elements to quickly solve along the way. The environments range from hellish to slightly less hellish with so many creepy places. These do carry decent variety from dark rooms to more open factory areas of death. There are a few core areas and levels within each of those, to get there you need to jump through really spooky portals. Your time is tracked and I suppose one of the goals is to finish the game as fast as possible. There are also multiple difficulty levels that promise to provide some extra challenge for those that want to feel the pixel pain. It's actually got some solid game time to it and it was enjoyable to blast away enemies while dodging deadly traps.

The environments are filled with a fair bit of detail, but nothing too crazy as I've seen some insane pixel games in recent years. That aside it still does look fine with the gore being really well detailed somehow. Enemies will get blasted to bits as they scream and there's a fair selection of them to take on. I liked the offering of weapons or even the chainsaw for close up fights. The platforming was well done feeling smooth and that worked naturally with the shooting elements. 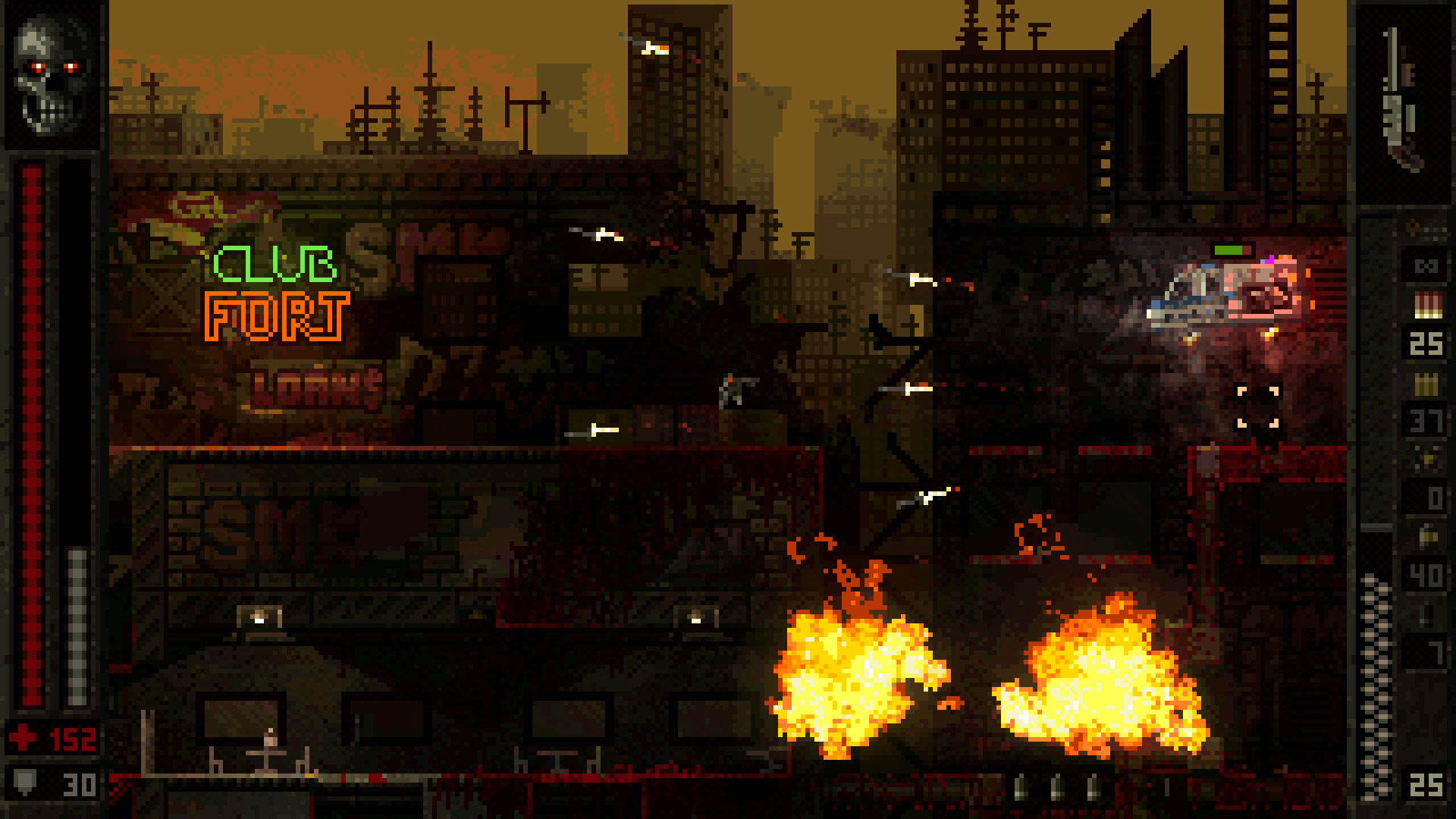 Butcher was fun to play and you felt somewhat badass when doing so with enemies getting mulched by whatever weapons you happen to pick up. Sure, they try to fight back or even run like you do if certain traps come into the fold though they just can't handle your arsenal. That is until you attempt higher difficulties and you'll feel the intensity dialed up. Like mentioned, it's essentially DOOM as a 2D platformer and very insane to play.