NBA Playgrounds is the latest spin-off of Basketball that aims to bring an arcade style of gameplay. This is done with large headed players, power-ups and 2v2 action. The core of the game is the tournament mode where you compete in various locations across the globe trying to win the cup in each area. It can provide quite a challenge at times since some of the players are rather ridiculous to compete against. That aside, it's quite fun to play and there are a few hours to be had there. Aside from the main sort of campaign is the option to just do quickplay or go against others online. The local play supports 2v2, but online is limited to 1v1 which is fine though not ideal since 2v2 is planned as a post-launch option.

Playing the game in general will earn you card packs and like the microtransaction style you're used to they will randomly reward players. These don't cost money, at least not yet and are how you gather new players. It's good to gather a decent selection as mixing them up for your small teams can greatly change how well you do in matches.

The game actually looks really great featuring a smooth frame rate with shiny graphics. It's nothing too complex since it's just a small court area with minimal players, but the backgrounds do have a surprising amount of detail. The gameplay feels solid with a simple control scheme so anyone could play it. You can shoot easily with a slightly touch of the button determining how well the shot is performed and options to slap/hit the ball away. You occasionally get a power-up bar as well that can grant 2x Dunks or Super Speed as examples. The character designs are rather fun as well with their large heads and the scenery for the levels was beautiful. 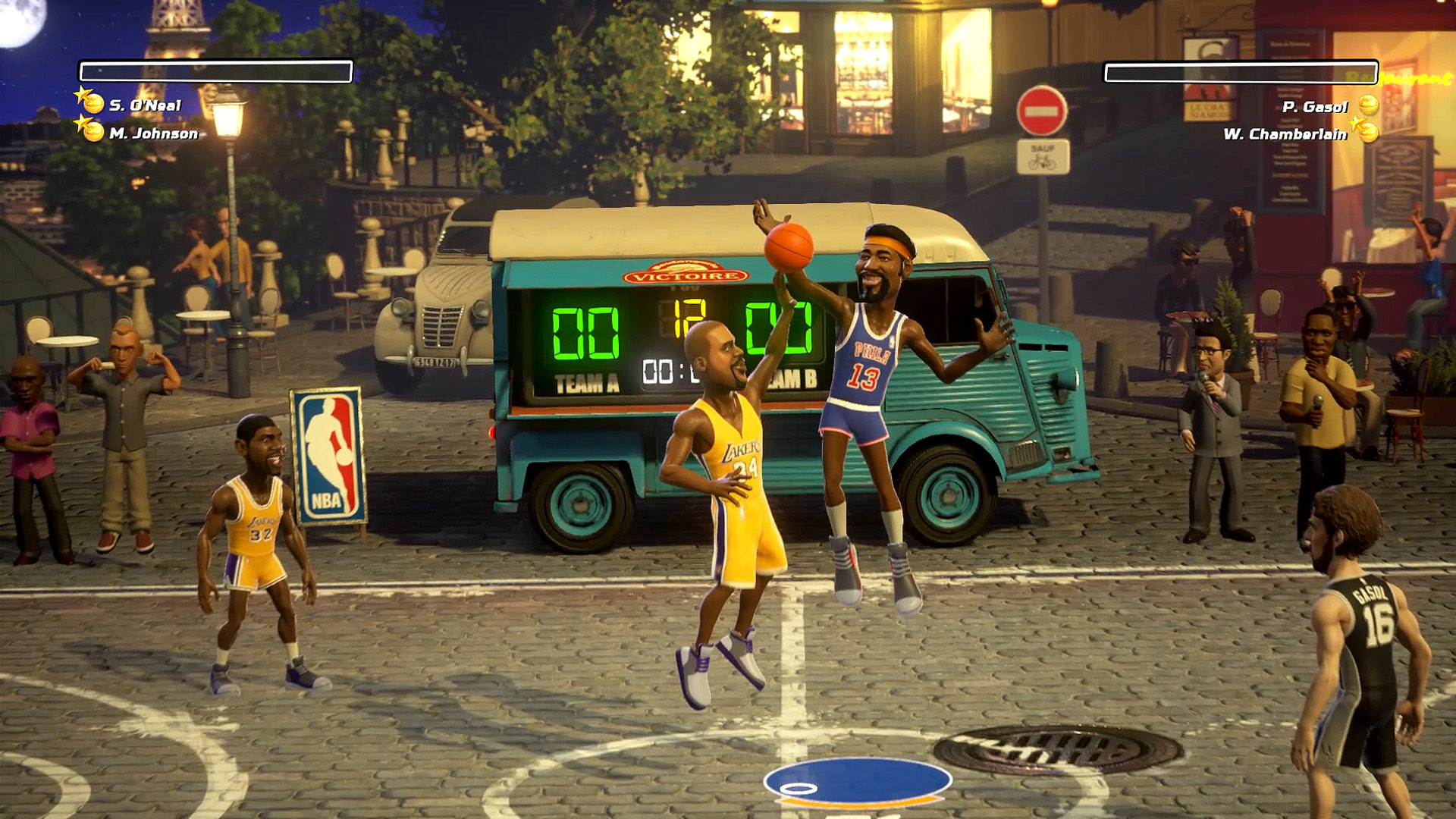 NBA Playgrounds is a solid arcade version of Basketball providing players with a large variety of athletes to collect in the free card packs and then battle. You can take the ball online or just stay local with others and this works as one would expect for this type of game. The courts looked great, there was a decent selection of them and the game was fun to play for the most part. It might have been nice to see some additional modes, but the core desires for this type of sports simulation were done well. Those that like Basketball or even casual players looking for some silly action will enjoy some outdoor dribbling.