Deformers is a multiplayer focused game where players fight against one another in small battle arenas. Your combatants are adorable little circular balls and these can be customized as you unlock coins while playing. These changes come in the form of new animal balls, funky accessories and taunts. There are three modes present including a free for all, team deathmatch and a soccer type one. The first two are fairly standard for competitive games having players attack each other by themselves or in a team. The soccer type mode has a ball get thrown into play and two posts of which teams can score. The maps in the game are few and shared between the modes whereas the soccer one has just the single map. There's not a ton of content and it does feel rather shallow. That aside, it can be fun to play, frantic and fairly intense since it comes across as competitive.

This is actually an area where the game excels as it's just mayhem when players start bopping against one another. The arenas are rather tiny with a few options and this adds to the shallow aspect. As a ball you roll around the field or hop while trying to slam against other players. There's a certain technique to it and that in itself is somewhat difficult to learn. There are also power-ups to be found on the map and these change it up for brief moments. The visuals are impressive with a friendly cartoon look, but the worlds are very limited in design. It comes across as a solid party game though it may be hard to find others to play with which defeats the purpose of the game. 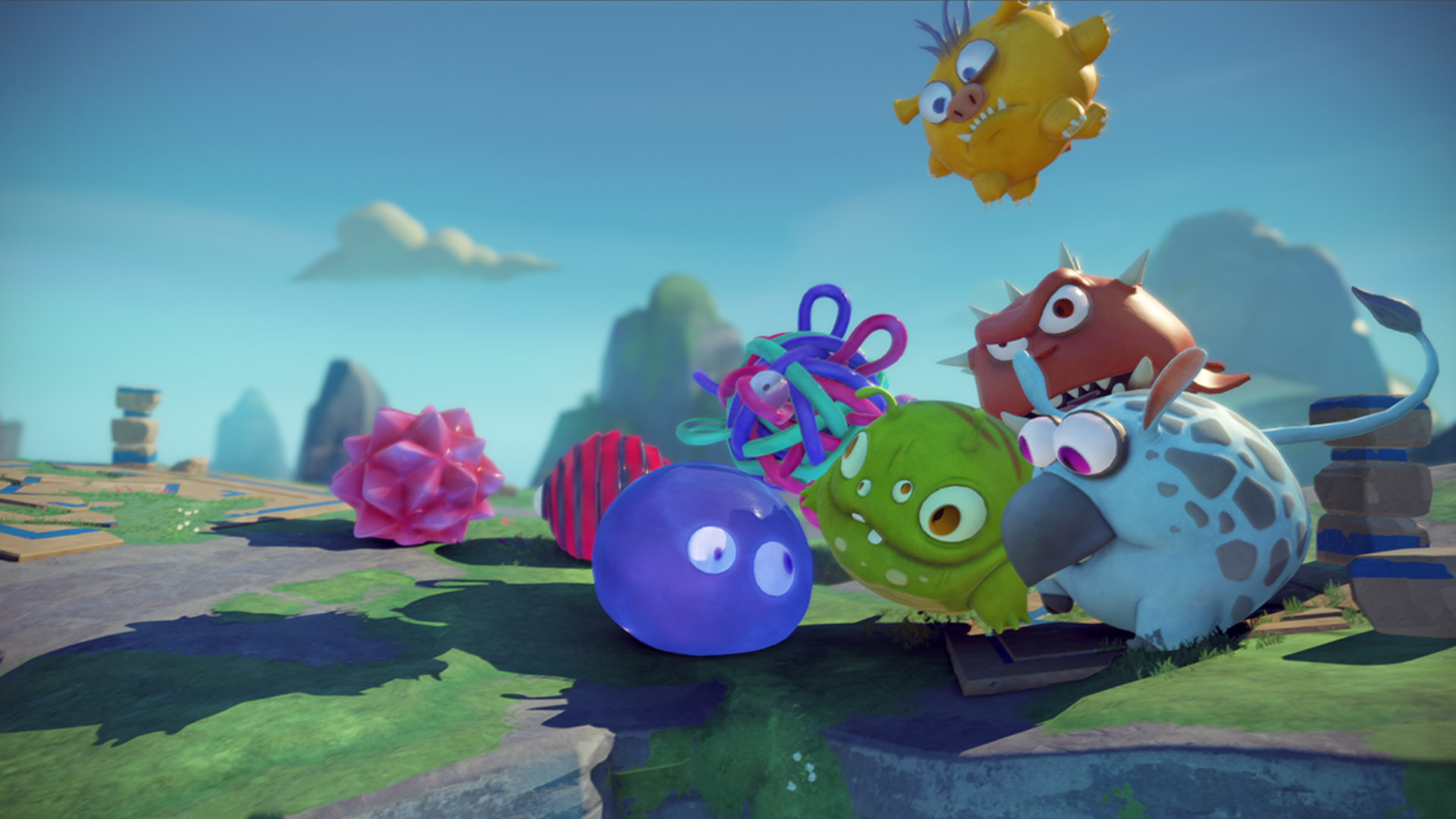 I didn't really have a problem with Deformers finding it to have lots of potential, but it's shallow with little to no content present. The core gameplay is solid with a balanced aspect to it all, but it may be hard for players to learn with no tutorial options for the finer techniques. The world also wasn't very impressive since the battlefields were tiny and the soccer mode only had the single map. It's confusing to see this marketed as a full game since it would have done better as a lower tier option or even free to play. Deformers lacks content, modes and players which completely kills the point of it. If you can find players it's a rather fun experience with some unique gameplay.