Syberia 3 is the long awaited return of Kate Walker in this adventure game where she attempts to assist the Youkol people as they go on their great migration. It's not much of an epic as most third games are and acts more towards a bridging story. It very much feels like a separate contained tale and this works well for it. Stories don't always need to be vast in scale and effect with this more intimate narrative coming together well. This does however create somewhat of an abrupt feeling to it all when you reach the ending, but it features a charming cast and a strong lead. It's also the first game in the series to be 3D which looks great and offers some unique puzzles.

Being point and click based you move across various areas solving puzzles and dealing with an array of inconveniences. This was fine, but I felt like the story was constantly being stalled by having every single little thing go wrong for the character. That aside, the use of space and some of the puzzles were creative with lovely areas to visit. It's also a lengthy game depending on how efficient you're at solving the challenges and some of them I found frustrating based on over thinking or generally the controls being awkward in some situations.

The game looks fine with some soft environments and deeply detailed spaces that you would explore. I also loved the steampunk inclusion within the world being simple focused and it's an interesting aspect. There were some issues with movement at times as I had problems on stairs or getting caught on things. It would have been better for the character to feel smooth in the world or react more naturally, but not a huge negative. There was however bad lip syncing at times which ranged from alright to really off and for such a narrative focused game that should have been better. I normally don't care about this aspect, but it did stand out quite a bit here. The controls were also sometimes awkward for some puzzles making it difficult to be precise when it was needed. The loading could have also been better, at least between the one connected area and I would have been fine waiting longer between areas to have a smooth experience within. 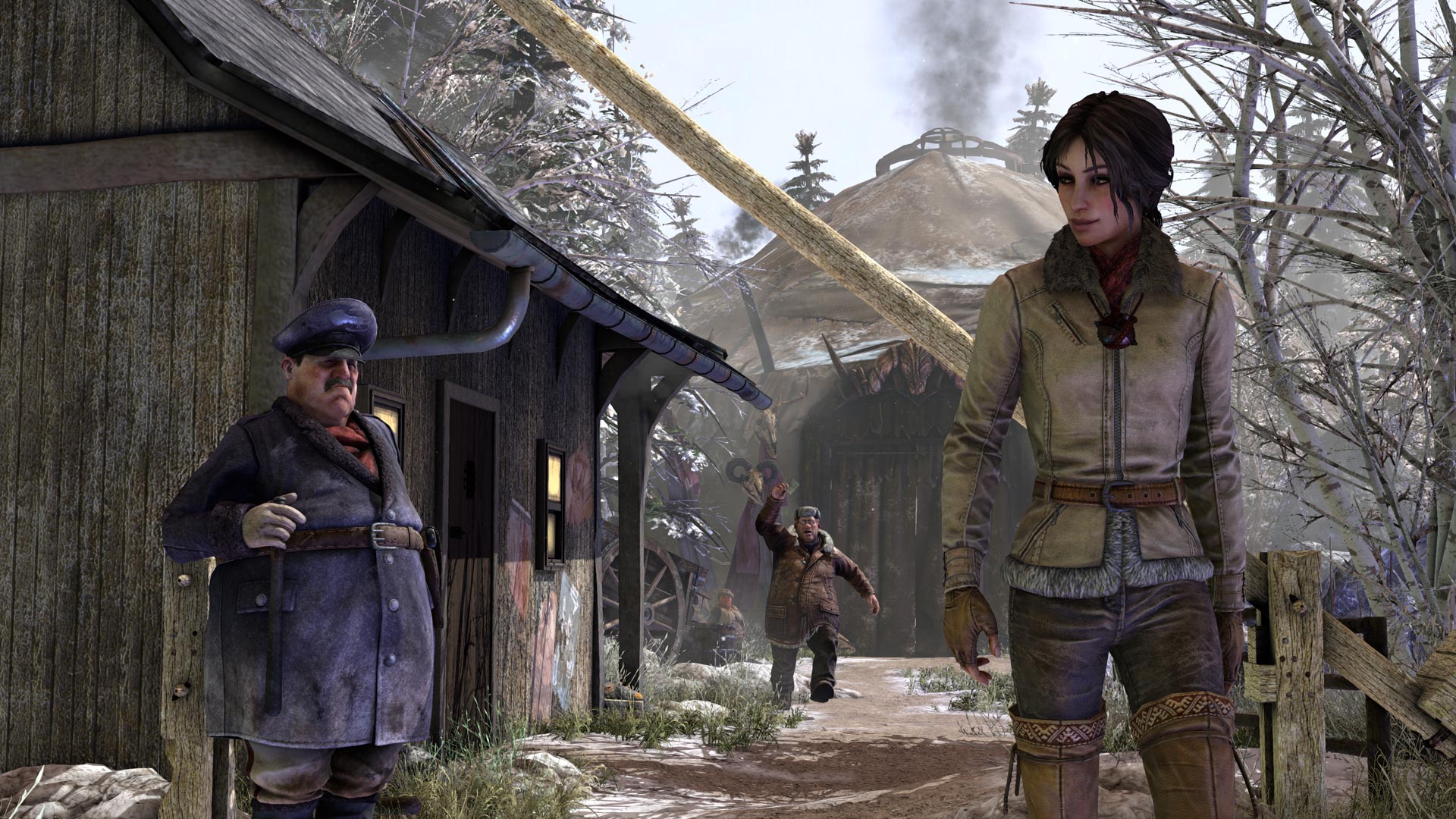 I certainly enjoyed Syberia 3 finding it to carry a strong lead with well developed characters and a self-contained intimate story. It was basically just Kate Walker attempting to help some locals on their migration and nothing too complex. For having never played the previous games I really got into this one and didn't feel too out of place if you're someone looking to dive in. Some of the puzzles were frustrating, but mostly logical and that came down to me over thinking it at times. There were some technical issues present, but nothing too terrible. It would have been nice to get an option to skip audio or certain cutscenes as well since it was annoying to rewatch something if you mess up. Still, Syberia 3 featured a great lengthy story with an intriguing main character and it was memorable.