Outlast II opens with the investigative reporter team of Blake and Lynn Langerman flying to a remote area in rural Arizona to do an expose’ on the recent murder of a local pregnant woman. Lynn wakes Blake up during the ride because he was talking in his sleep and mentioning the name, Jessica. Blake assures Lynn that he was dreaming of a girl they both new from Catholic school many years ago. Visions of their old school will come back to haunt Blake throughout the campaign. While doing a test intro to the expose’ the helicopter loses power and crashes. Blake comes to, finding himself thrown from the crash site. While searching the crash for Lynn, he finds her gone and the helicopter pilot burned at the stake. This is one of the tamer deaths that Blake will witness in the campaign while being a clever throwback to the first murder scene found in the original Outlast.

Blake makes his way through the darkness using the night vision on his camcorder, aside from this feature, Blake will record relevant events that will be stored on the camera. The camera also has a directional microphone that will point out enemy locations. The center of the mystery seems to be a cult led by Father Knoth. His views toward children and newborns would be considered taboo and seems to have spawned a new cult that is at odds with Father Knoth. The other cult seems to be Matriarchal and it is difficult to discern which faction Blake finds himself among at any given time while searching for Lynn. Although Blake and Lynn are reunited early in the campaign, they are quickly separated once again leaving Blake on a frantic search to find her before the morning ceremony starring Lynn. All while being hunted by a pickaxe wielding fanatic that turns up at the worst of times.

Outlast II follows the same gameplay as the first installment, Blake has the option to run, hide, or die. There are few quick time events that make him seem capable of anything else. It has four difficulties, Normal, Hard, Nightmare and Insane. Insane gives one life, no saves, no checkpoints, and asks, “Are you ready to suffer?” The game is linear which helps during the times when the camera runs out of batteries. Blake’s only tool in the game is the camcorder. Using it for normal recording does not drain the batteries although using the night vison and microphone features will. Picking up any batteries found is of the utmost importance because even with the Gamma turned up all the way, the game is still dark, with most of the areas being pitch black. Light sources do not cast far from their source.

This does get a bit frustrating as the areas are well done and the character designs are amazing in full color. It is a shame to have to play most of the game in green-lit night vision with the other choice being to see nothing at all. The inventory system is simple as Blake has only two resources to manage. When in the inventory, Blake can check his left or right pockets to see how many batteries and bandages he has. That is the extent of inventory management. Bandages were less of a priority even on the lowest difficulty, because if the locals find Blake, it is usually a short, disorienting, violent encounter that bandages would not help with. Keeping that in mind, Outlast II depicts visceral imagery including nudity, torture, violent murder, and infanticide. 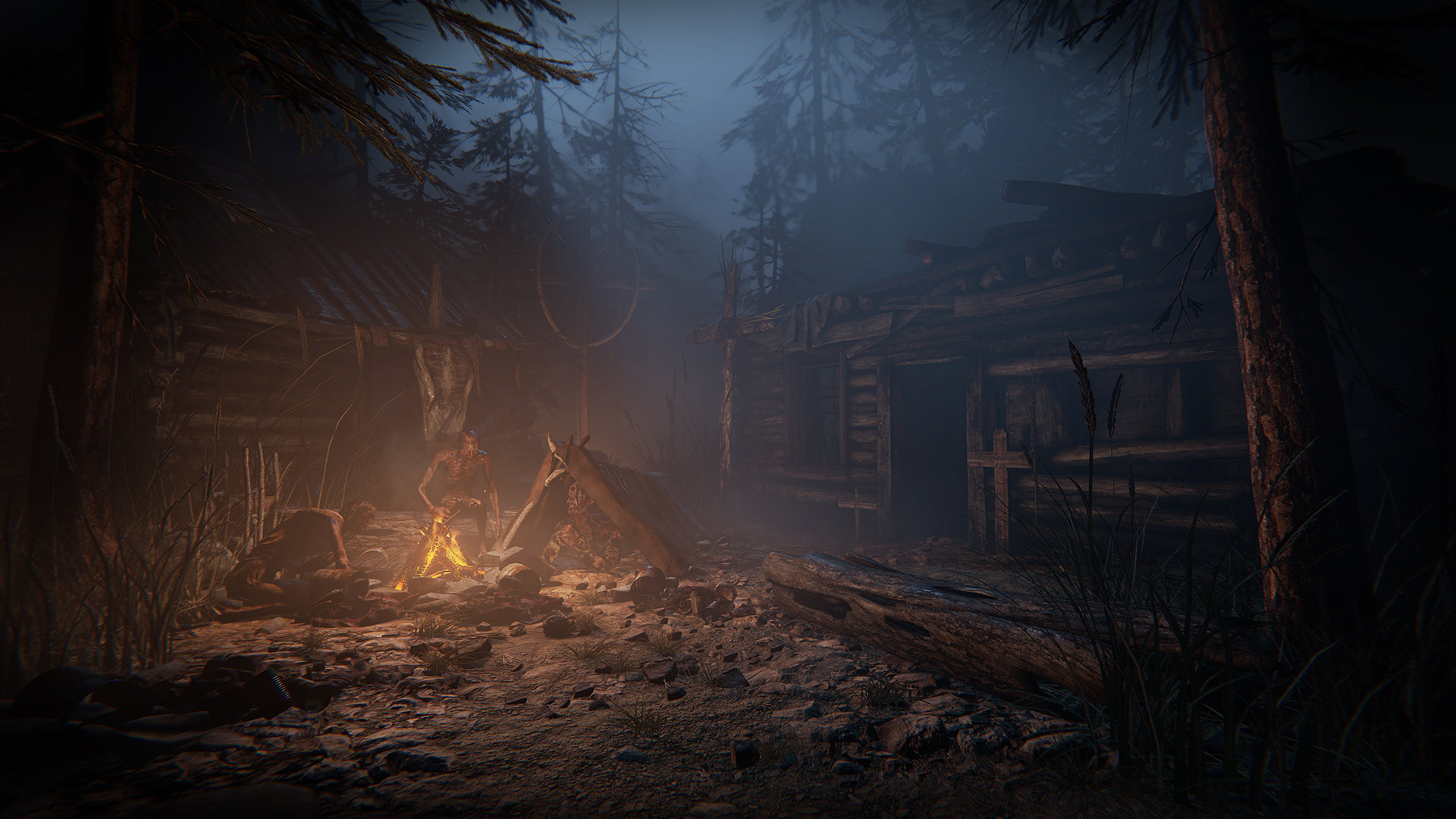 Outlast II remains true to their formula of fearing the dark while being surrounded by maniacs. The mystery around the murder gets more convoluted as Blake makes his way back to Lynn. The story is well written and researched with its many references to scripture. The visuals are excellent and pull no punches depicting violence. Although being able to see without the heavy use of night vision would make the experience better. Outlast II touches on disturbing content both visually and philosophically and may be unsettling to some. Otherwise, it is a pulse pounder as Blake is forced to avoid confrontation while trying to find Lynn and make it out alive.