MechRunner is an endless runner game that features a tank that can transform into a mech on the fly. There isn't much of a story to it with minor video logs that can be unlocked through progression and the core of it is just going. It doesn't feature any side modes or additional content, but a straight highway segment that you rush down. That's not to say that things don't evolve though, as you level up by playing and gain enough credits, you can change the setting to a degree. This option for new special events can swap things up such as the first where a train aspect comes into play. It's not anything wildly different, but can change up the scenery. With each run you aim to go as far as you can while collecting energy on the map, saving people and taking out enemies. After each round you can run again or head back to the workshop in order to improve the mech or unlock new things.

The world looks great, with a number of scenes to move through and many dynamic events. Certain elements of the environment can be destroyed and there are a number of enemies to tackle during the run. These go into small timed areas and typically end with a mech attack. I often found myself in the tank mode as it's easier to survive in and it required for battles, but the transition between the two is easy to perform at any moment. The tank is more for shooter and moving while the mech form hovers with a sword/chaingun combo. I found the sets within the world to vary enough while playing that it felt fresh, but I can see some feeling like it can be a grind to gain things. 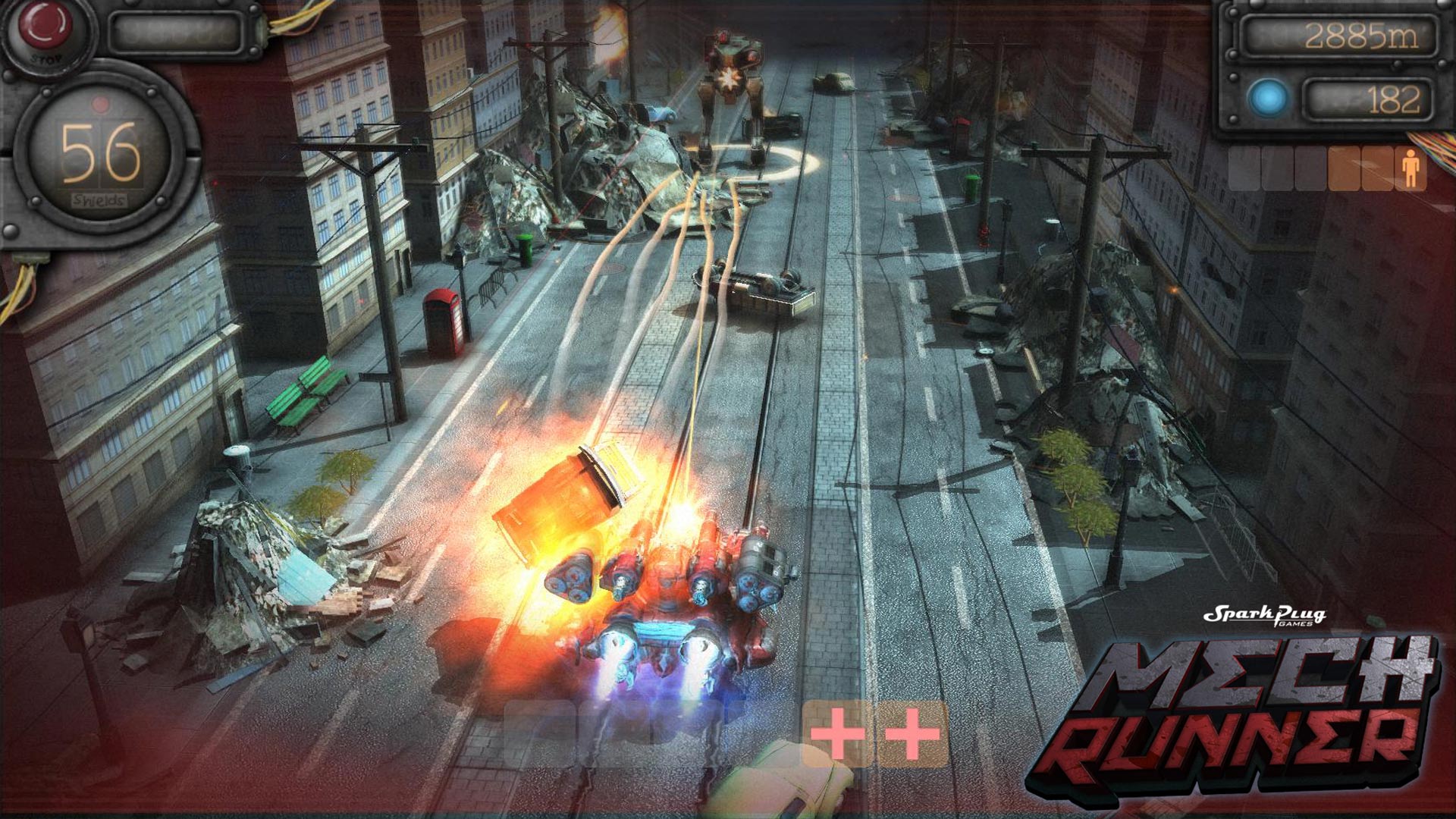 MechRunner is certainly a solid endless runner game with some distinct traits to it. If you like the genre of game or even a shooter type experience then this is a good choice. I would have liked to see more of an integrated campaigned as I've seen other similar titles do so in the past. That aside it would have been nice to have other modes or variations as the core of the game is actually really good. There's a fair amount of extras to unlock and levels to achieve. I felt that it could be somewhat grindy or repetitive after awhile, but it had enough variety.