Aaero is a rhythm based circular shooter having you move across a variety of desolate and destroyed landscapes. The music is intense, great and helps build the adrenaline while you aim to get the highest possible score without dying. The main goal is to ride a wave of energy that scores you based on how exact you match it while the thing twists around the play area. Aside from just focusing on that, enemies will show up that you must lock on and destroy otherwise it'll cost a shield. The shield represents health and these are extremely limited so it's best to use caution and look for special off-map stones to shoot for more. The final deadly aspect of gameplay are the creative traps or blockades that will appear while moving and some of the later ones were rather interesting.

The game balances itself well on the edge of frustration and that I must absolutely have another go at this. It's not to say that you won't die while moving along the track at blistering speeds, it's that you want to keep chugging. The story features a solid selection of track levels with boss fights to mix it up every few levels. After completion you'll aim for more stars to unlock additional levels which seemed fairly paced as I'm not a fan of star based systems blocking progress. There are also other more difficult tiers to move through once you've finished the core levels if that's your sort of thing.

The visuals were gorgeous for the game having a polygon look to them and it worked incredibly well. Not only was it a pleasure to blissfully blast through, the music was combined in such a way that complemented the scenes to the max. The beat was great to stick with and the explosions of enemies across the screen was quite something. The controls were simple having you locked to a circular grid that you moved around with only shooting being somewhat tricky. This system was based on aim to lock on many enemies and then shoot which was hit or miss for me. 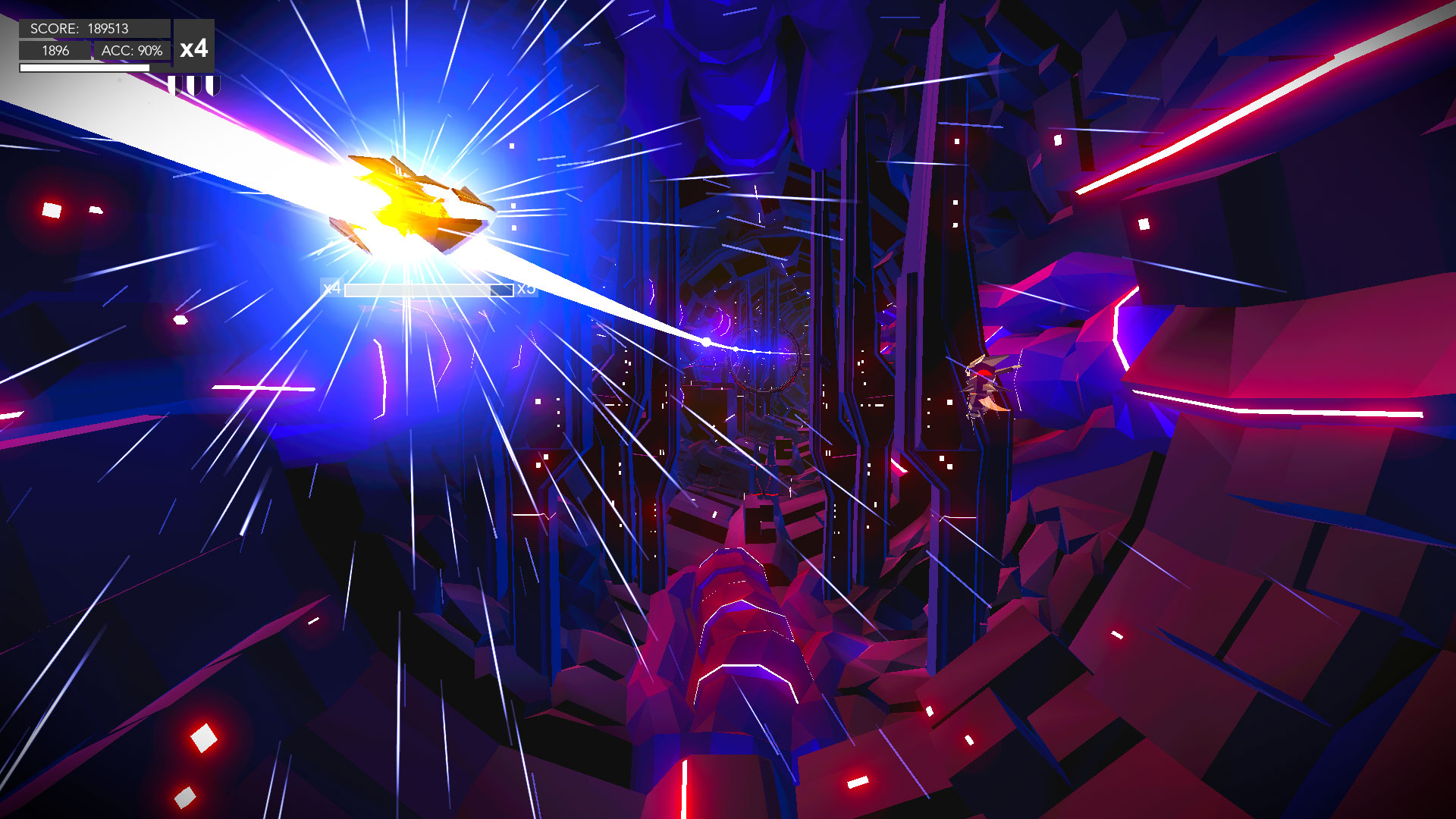 Aaero was certainly an enjoyable game providing a solid set of levels to play with gorgeous scenes and intense music to drive it all together. The ship handles well and there was a good mix of creative enemies with intense bosses to battle. I never felt like progress was halted by the star system in place and there are many more difficult levels present if you'd like extra time with it. If you like rhythm based games then this is a solid title and a really exciting one that creates a constant desire to keep playing. It might seem difficult at times, but plays itself right along that ledge of frustration quite well.

Aaero Review on Xbox One
Review Code Provided by Reverb