88 Heroes is a wild and wacky pixel game where you control every odd super hero you could think of. These definitely aren't the A listers with the oddest roster ever such as a mite or a retro snake creature. There are also absolutely useless ones such as a gymnast or a random animal. It's a crazy mixture and with each passing death on a level you get a new random one to take control of. This adds a level of hilarity and some difficulty as they could be completely wrong for the task at hand. Say the level could be two seconds long by flying over spikes and you have someone that is locked to the ground, see my point? Levels are brief though filled with death and no checkpoints as you attempt to dodge deadly obstacles. There were hostile lizards, beaming lasers and floors of spikes that block your path to the next level. It's intense to some degree, but the game can get somewhat repetitive in that the dying can be draining. Still, there was some great humor with the game watching this alien laugh while this array of purely bizarre heroes attempted to survive.

The world wasn't exactly amazing by any degree featuring a simple backdrop and plain move-able areas that you would work through. It did however have an exciting roster of characters that was very deep in its quantity. Each of them had their own abilities and while some were simple, this amount of characters was outstanding. It was fun to see a new guy pop in only to be annihilated in a few seconds. The worst ones were great to have die whereas some of the heroes I was very disappointed at their passing for the group goal. 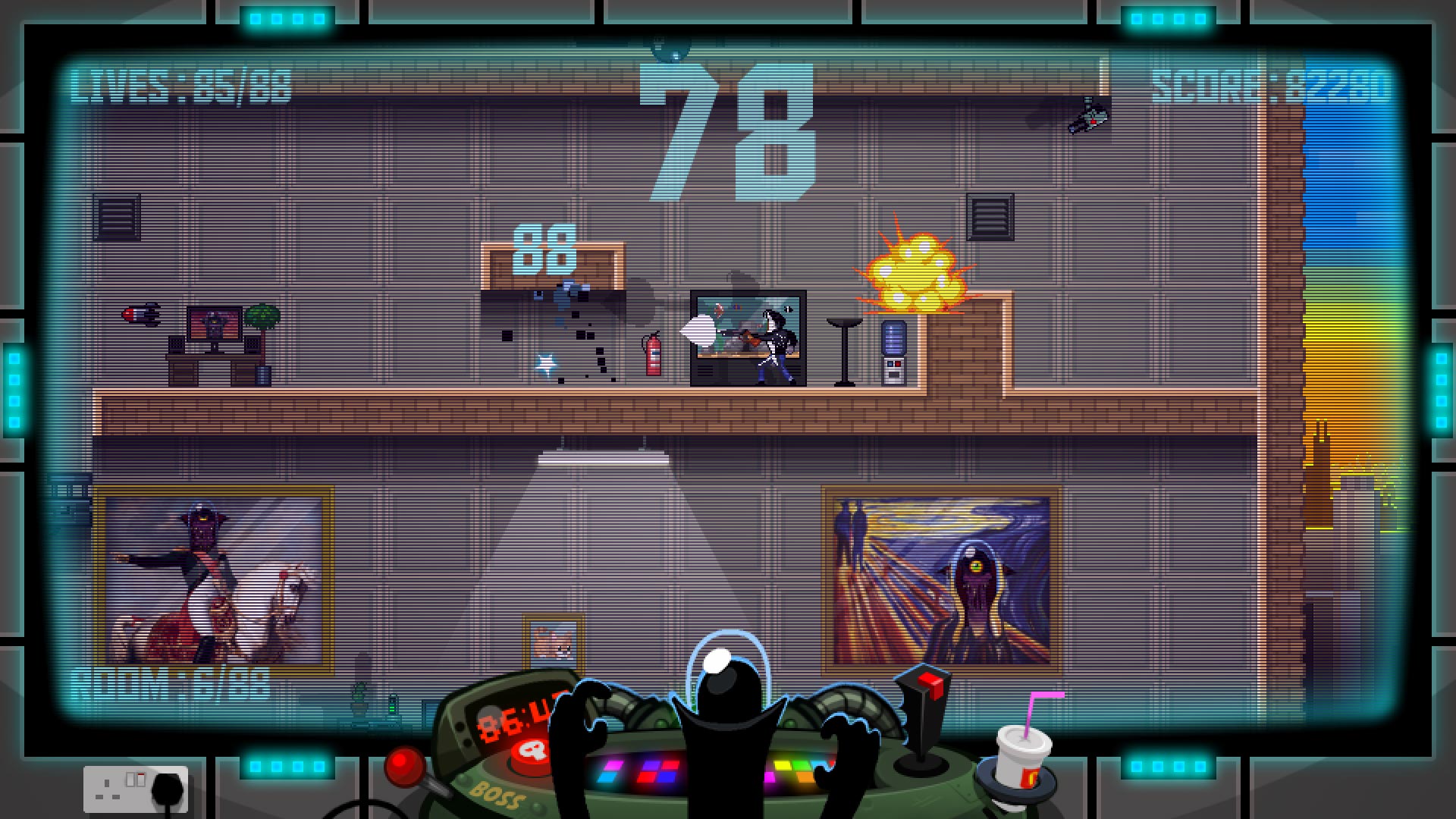 88 Heroes was certainly enjoyable providing hours of gameplay with a wide roster of oddball heroes to control. It felt a bit repetitive at times, especially after an extended period of playing and that could be an issue. The world could have used some more variety as the levels were too similar and after so many floors it this can get boring. There may also be some frustration making it far and then having your progress stopped. Still, a very charming and memorable game of the strangest heroes you could imagine working together for the common good. Laser cat forever!

88 Heroes Review on Xbox One
Review Code Provided by Reverb