Yoshi is joined by Poochy in this off-shoot of Yoshi's Woolly World. As Yoshi you move through platformer based worlds spitting Poochy that has split into multiple little pups, collecting items and advancing by enemies. It's a lovely world of wool that's charmed by the happy music playing along in the background. The levels are well designed offering a variety of areas to explore that aren't always necessary in finishing the level. It's very similar to Mario in terms of what you're doing, but with the style of Yoshi spitting things out, tearing the world and taking advantage of the mega Yoshi which can bulldoze through areas. There's a selection of difficulties present for every type of player and while Yoshi's original Woolly World was friendly for everyone, this one amps up the cuteness a tad more. The story is lengthy with many levels to yarn about on and a pile of collectibles to grab if you'd like. The worlds also occasionally feature a boss type area as well to challenge Yoshi and its all fun to play through.

I wasn't exactly blown away by the graphics, but for a 3DS title it was fine though somewhat less vibrant than the console version. There's a great variety within the worlds as well with each level bringing something distinct and carrying their own themes throughout the entire game. The Poochy mechanic was fun giving us a new way to use our little pal and changing up the gameplay to some degree. Yoshi handles well with his set of moves for running through levels and it was a blast tearing away at the levels to reveal new secrets. The character is also a speedy one featuring a faster pace of game than many other platformers which was appreciated. The audio was fantastic with excitable tunes that enhance the entire experience. 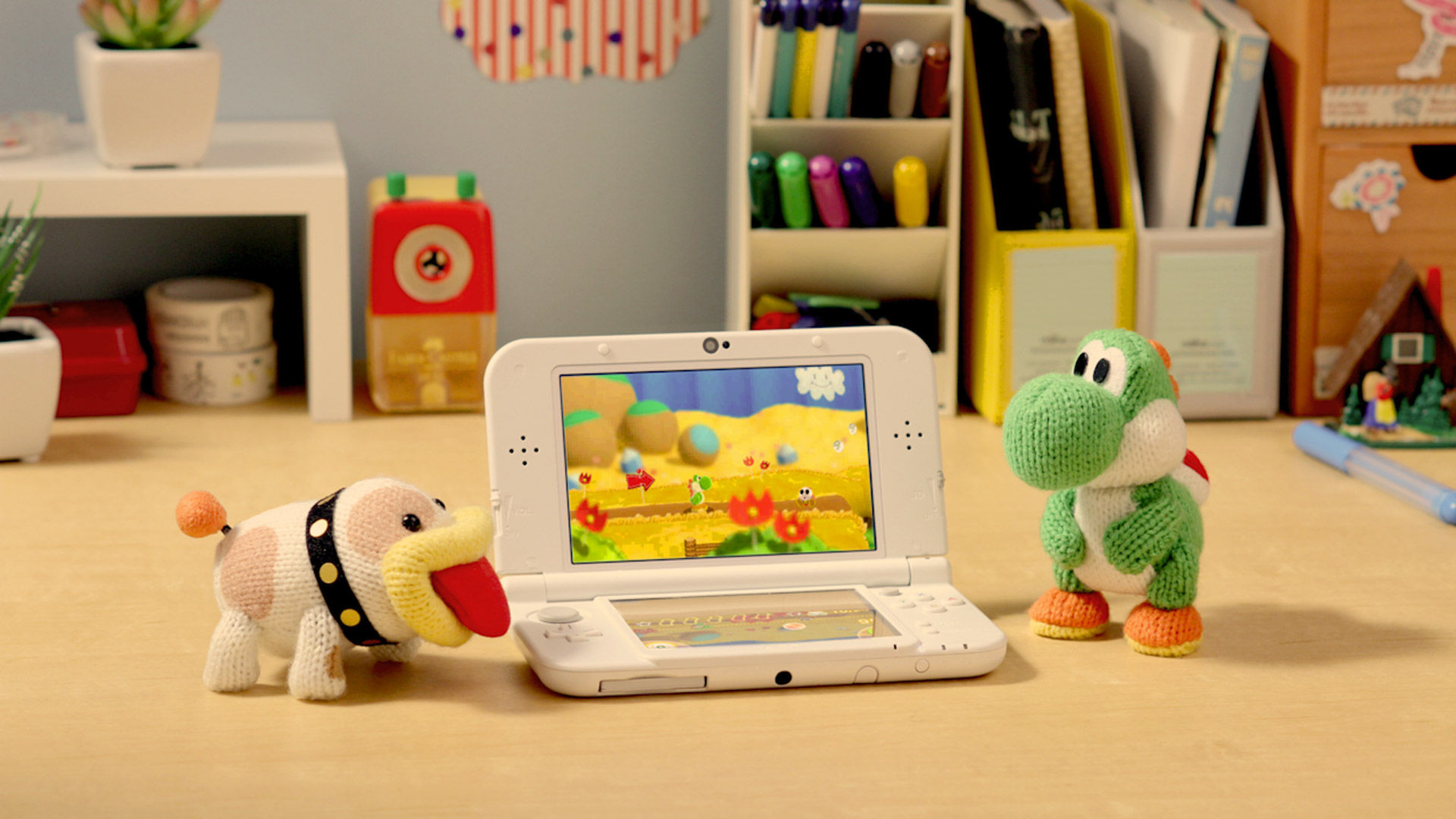 Poochy and Yoshi's Woolly World was certainly enjoyable and something that all ages can enjoy. It enhances its cuteness even more than the original and that solid gameplay is brought on the portable. The worlds were great with such interesting uses of the yarn to have a lively world, but it did lack that pop that the console version had. Yoshi was fun to play as and the Poochy addition was welcomed making the game just distinct enough for those that played the first iteration of Yoshi's Woolly World. The game packs a good six worlds and many levels to enjoy within those so a good quantity of time to be had here whether you're just playing it for the joy or out to grab every collectible hidden in the many levels. There's a solid amount of gameplay available here and it's nice to take Yoshi out on the go.