Bulletstorm: Full Clip Edition is a rather odd remaster as I'm not sure there was a large demand for the particular game, but after having played the game again it was certainly worth it. Bulletstorm is the type of the shooter that doesn't give a damn about anything with over the top action sequences, tons of gore and intense visceral language. This makes for a badass experience that other shooters just aren't willing to commit to. It never takes itself seriously having fun sequences over anything too intense and this works for it. I actually enjoyed this remaster even more than the first time I played the game whether that's the amount of new content, being older or the addition of Duke Nukem. Now, he's not included in this review in any regard aside from that mention as the character is technically DLC content. I'll have a separate review for Duke Nukem, but just want to make it clear that the aspect wasn't considered within this Bulletstorm review.

The game follows Grayson Hunt, the leader of Dead Echo which have become space pirates. The crew has had it rough recently being targeted after leaving their mercenary gig and while drunk decide to take on a deadly juggernaut of a ship in their tin can. Miraculously, Hunt manages to disarm the large ship sending both parties crashing towards the service of this unknown planet. Upon crashing there the team deals with tragedy and what's a very torn up crazy place. Once a destination for vacationers, the city is now filled with hungry savages, mutated folks and tons of overgrown creatures. The story is lengthy and offers many hours of powering through hordes of enemies in the most hilarious of ways. It's also rather deep going over some dark tones and thoughts that other shooters neglect for the most part. 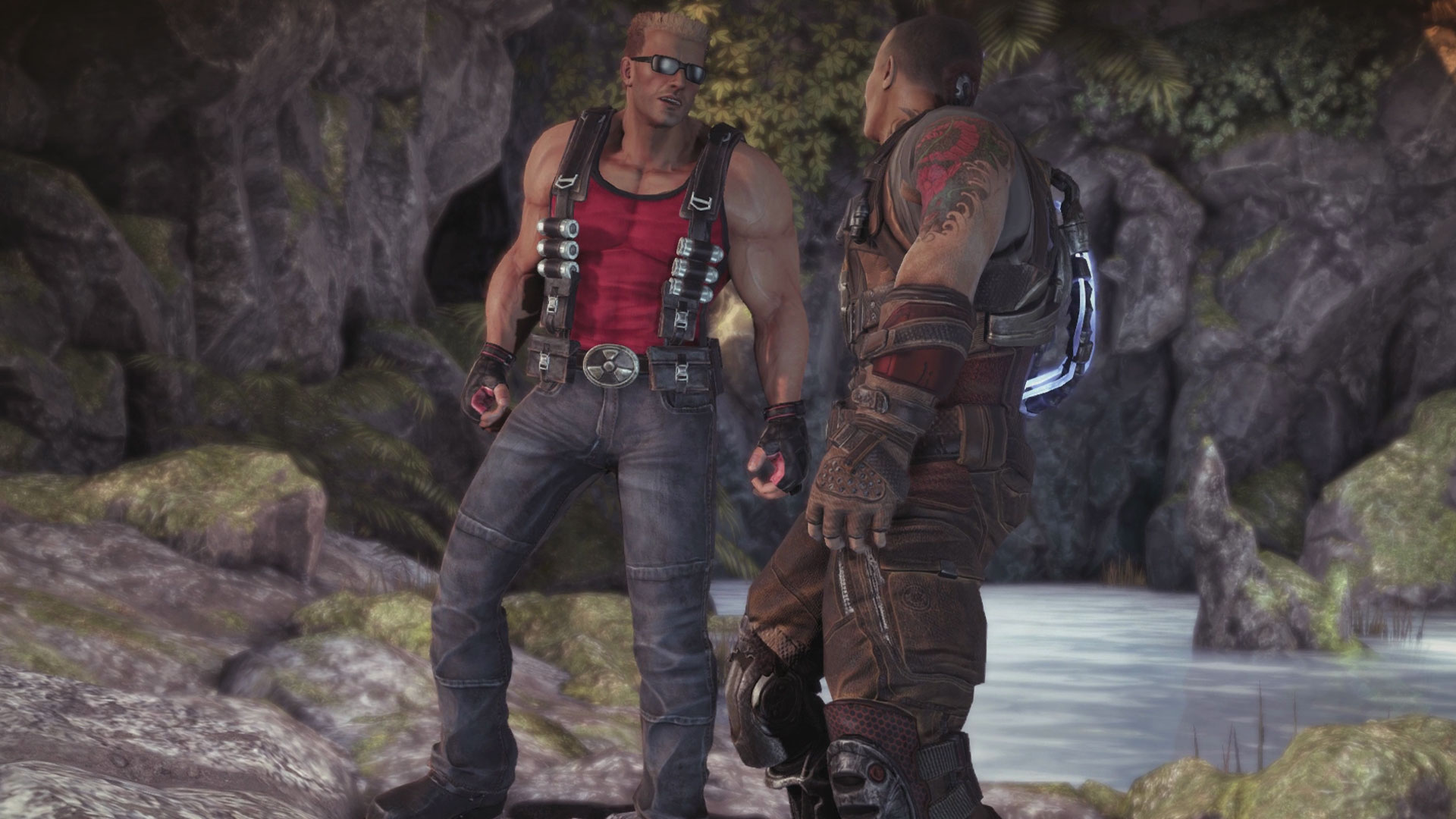 The Bulletstorm multiplayer aspect has teams of four players working somewhat together in order to score points and complete waves. Each wave has a target amount of points required to continue and completing killshots will gain you extra bonuses towards this. It's actually quite frantic with players not always getting along and failing to hit the objective. There are also bonus targets that show up occasionally which requires multiple players to get in on the kill. This mode also has a Blood Symphony ability that charges over time and allows players to go rambo with utter bloodlust which is awesome. The multiplayer carries a pile of distinct maps that take segments from the campaign and provides a unique build on that. The mode can be enjoyed in private matches as well as online ones with the option to matchmake.

The Echoes are basically challenge missions that take out portions of the campaign and give you skill targets to reach. Playing through these minor levels wasn't anything new, but a fun challenge. Each level marks your performance with stars and those unlock other Echoes to play. You're also compared to others on a leaderboard and time is factored in as well. There's also an Ultimate Echoes area that provides more specific challenges and tasks for those that want something more hardcore.

Bulletstorm: Full Clip Edition looks fine and just like any modern release though I wasn't particularly blown away by the improvements. The game runs much smoother than before which was great for combat with better textures though fine overall. I did enjoy the bright array of colors in some portions though much of the game did carry that grime dirt look that was common then. The gunplay was fantastic and speed was definitely a factor in pacing throughout the game. You rope, slide, kick or blast enemies that come in the way and attempt to gain the best possible killshots. These are points for slaughtering enemies in unique ways like having them eaten by plants or killed via spikes. 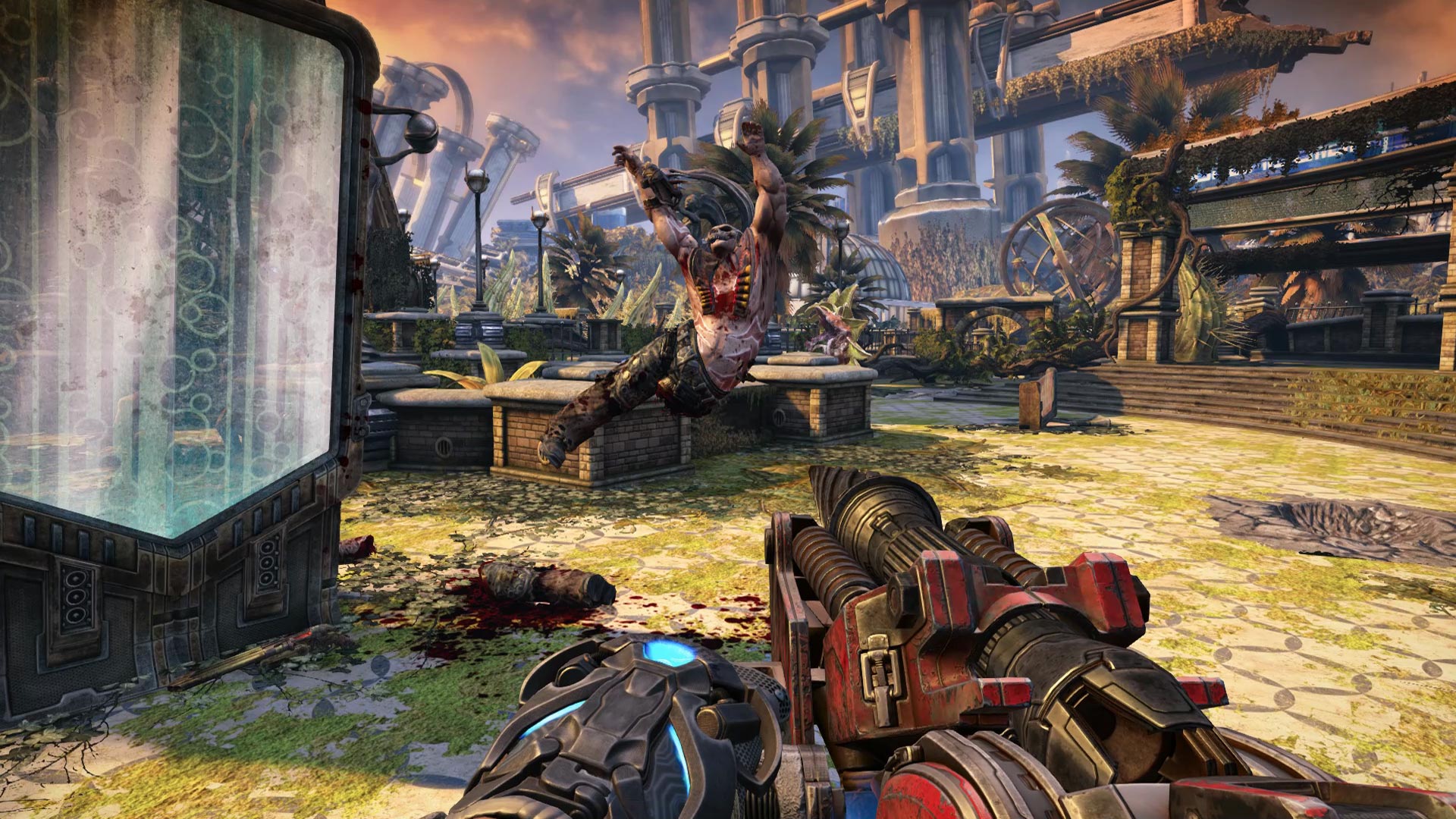 I certainly enjoyed Bulletstorm: Full Clip Edition finding it to be a solid remaster of a very enjoyable game to play. The story was somewhat hilarious with great commentary on modern shooters and just wacky scenes. The campaign is lengthy with some decently developed characters and an option to play it again in Overkill Mode if you'd like. There's also a full somewhat cooperative multiplayer area and Echoes for extra killing challenges. Definitely a solid amount of content here all around in what's a complete pack of an odd title. It's worth checking this game out for it's over the top action and perhaps even revisiting if you had played it in the past.