RBI Baseball 2017 is the latest and worst entry in the rebirth of the RBI series. I was incredibly disappointed with this iteration of the game as literally nothing has changed from last year aside from the updated roster with things mostly being taken away. Initially I had imagined that each year the game would be improving to some degree, but this one was bad. I looked hard and I switch between the last two iterations looking for anything that had changed yet I couldn't find it.

The game aims to emulate Baseball in a classic arcade type of way which at its core works fine. It's a simple couple button design for pitching/batting with some techniques that will make you play competantly against the AI. There's a full season mode present with multiple options for length and exhibition. You can also just do a play-off run as well if you'd like to. The online multiplayer has been gutted and is apparently coming post-launch which is pathetic honestly. The exhibition does allow local multiplayer which is nice, but the online should have been easy to carry over.

The graphics are somewhat fine looking decent on the actual field though players are somewhat stiff in animations. They also slide around on bat or pitching and it would be nice to see some sort of stepping involved. The crowds are still paper fold-up people and the regular characters look like Slendermen in their facial expressions. The look of the game has not changed aside from the menus which I suppose are about the same as before. The AI seemed slightly glitchier here with some getting stuck at certain times or just not knowing what to do which was annoying. It's hard to really describe things as it's the exact same, but minus. 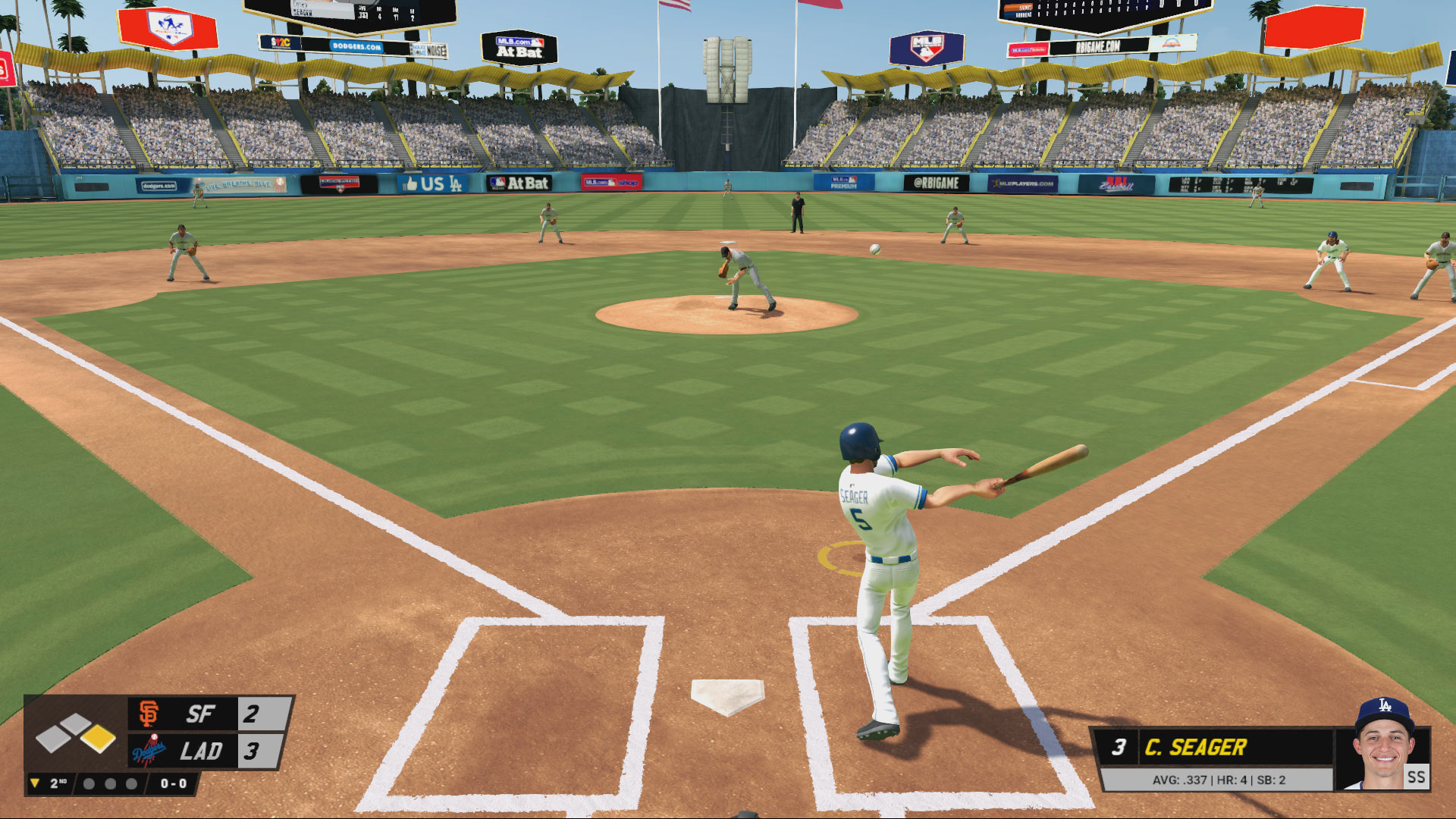 The sad thing about RBI Baseball 2017 is that I actually enjoy these games, I know they're not amazing though something I look forward to playing for a bit once a year. I had thought things were looking up with the last two being decent, but this is an atrocity. It's the exact same game, the only new feature was the removal of the multiplayer. Fans of the sport certainly deserve better than this and while it plays fine it's not up to the quality it should be. I'm not sure what happened here, but it's damaged by the lack of changes mixed with the removal of multiplayer and it's made it hard to defend the qualities of which the last games were fun for me to play.