Thimbleweed Park is a modern take on the classic adventure game providing an incredibly detailed and interesting world to explore. As two FBI agents; a clown, an aspiring game developer and a ghost you switch between the group interacting with each of them within the small town of Thimbleweed Park. Each character is controlled and can interact with the others to some degree in order to solve clues to unravel the mystery of what's happening here. The story starts out with the two FBI agents checking out a dead body and then meeting the strange inhabitants that reside in the place. There some seriously odd people here with that only adding to the experience in what's a game of great depth.

The core story is one that winds and never is a direct focus of where you think things are headed. It's also a lengthy adventure game offering a full story with a good mix of easy and somewhat difficult puzzles. There a number of locations to visit, people to meet and even side activities to take part in. I also really enjoyed the meta humor in this finding a good laugh occasionally. It still keeps a serious enough tone with a right balance between the two.

With this being a classic type game, it's a point and click adventure. The core screen is a great looking pixel world where you easily command the character around the map. At the bottom of your screen is the hub featuring inventory and verbs which act as commands. The wording setup was fairly intuitive offering an updated way to easily hit on verbs, yet I still felt something else could have been done there. It works fine, even on console though still somewhat old school. The options for interacting with the world felt limitless and I was impressed by the amount of detail present. When you enter the hotel for instance, it's a full hotel with nothing blocked out. The world also looked great and I loved the variety of controllable characters which graced us with different viewpoints. 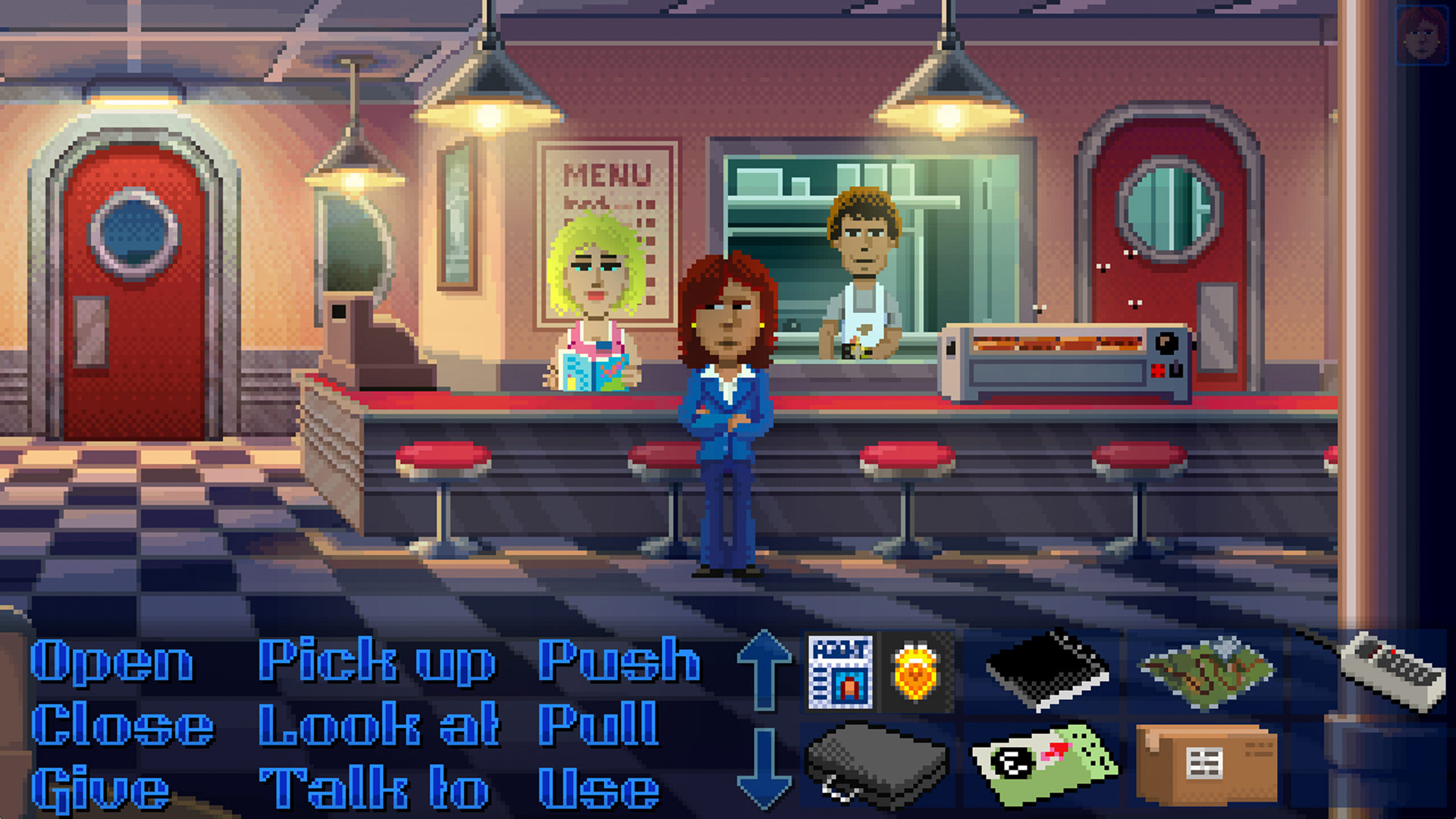 Thimbleweed Park was a blast providing a lengthy story and interesting characters to control at any moment. It definitely feels like a proper modern update to adventure games while adapting the format beautifully for consoles as well. The world was great and filled with details that helped make it feel livelier. The characters were interesting with some funny aspects to them and a variety of which I wouldn't have expected. It was also interesting how the story wrapped each of these characters together and had their interactions with one another matter. Thimbleweed Park was certainly enjoyable and a great game that I'd highly suggest.