Snake Pass is a 3D puzzle platformer where you slither around as a snake attempting to solve various physics based puzzles to restore gateways. Each level comprises of a floating landscape from which you have free reign to move around on attempting to grab gems for the gateways. This is the main focus, but another goal or well option is collecting orbs and coins hidden within the levels. There was a decent selection of levels available, but I did feel the list was somewhat short only having a few world areas. There was however a solid amount of time spent per level depending on how fast you slither through it and the difficulty of the puzzles within. Most of the obstacles are based around the manipulation of the snake body and how you can climb things. While it might sound easy, the physics based body can make it daunting and some parts were beyond frustrating. It would have been nice to see some more checkpoints put in with this regard as you'd do a couple hard parts, die and then restart all of them. This isn't to say that it's impossible, just some parts could cause frustration.

As mentioned previously this is a physics based game similar to the ones with the wonky controls that everyone loves. It does feel realistic to what controls I imagine a snake would have, but it can be difficult. The controls work well enough in the game, but giving a reference on how it handles is important. You wrap yourself around various objects in order to climb and raise your head to get higher. There's also the option to grip onto things and even swim when needed. The world was vibrant with a bright array of colors and enchanting music to back that up. It really did have a nice shine to it with some great locations and interesting set designs. 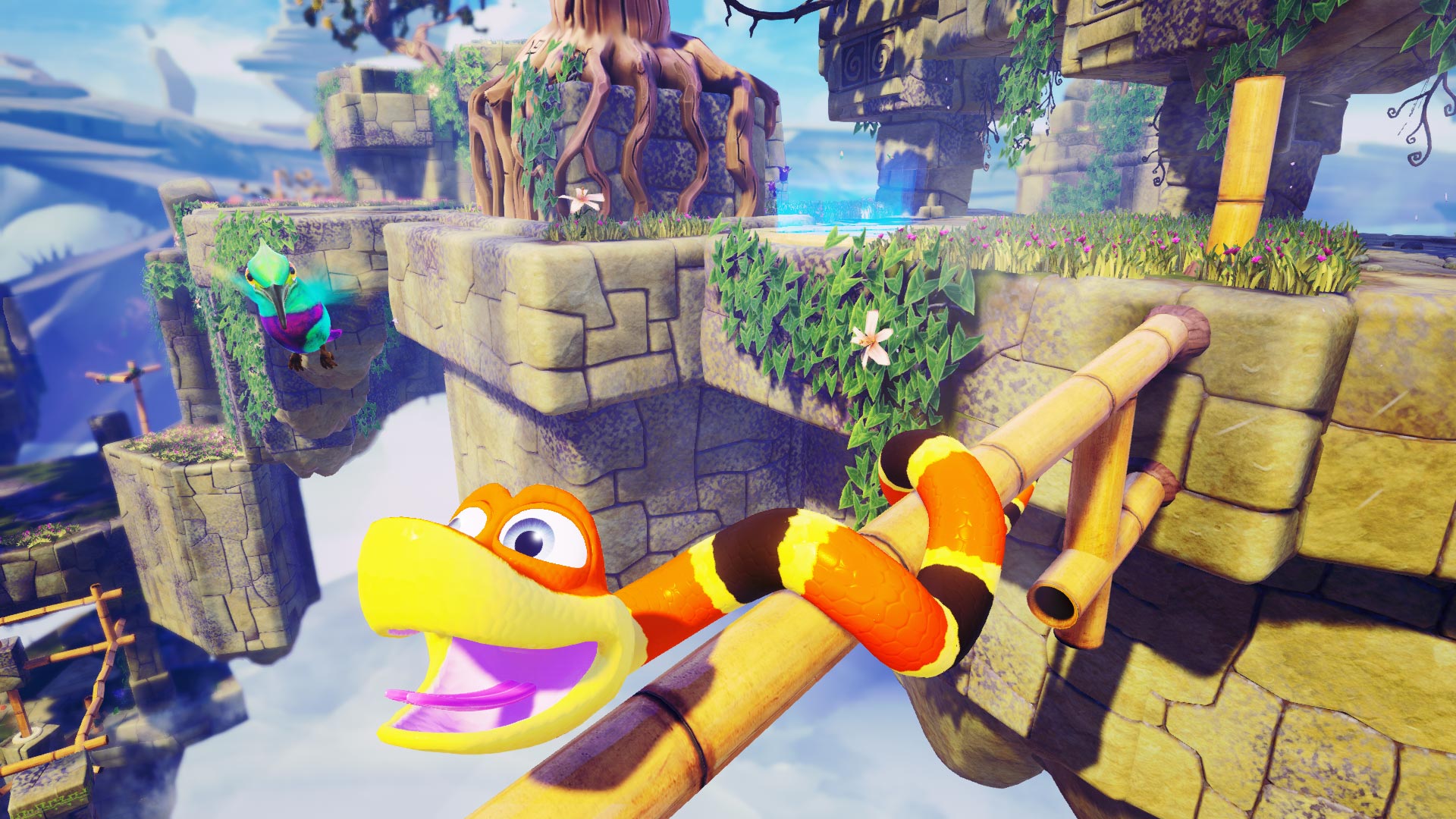 Snake Pass was a fine game offering some solid puzzles and a few hours of gameplay. There's also a time trial mode to play afterwards, but I was still wanting something more out of the game as it feels limited. It was still a quality time and I enjoyed the calming vibrant world that was present. The puzzles were all similar in nature, but unique enough to keep it a fresh experience on each of the limited levels.