Air Guitar Warrior for Kinect takes players and puts them directly into the game as they rock out in order to blast away oncoming enemies. It's actually hilarious and awesome as you ride an array of creative creatures to battle it out. Split into multiple albums of which you get to star in the cover art at the end, you move through a number of levels aiming to survive. There are also a number of other stats that are charted and a surprisingly solid amount of difficulty. Levels are typically a few minutes long and they provide some challenge so it might not be a smooth ride. Each album has a selection of levels with a boss fight at the end with all of the bosses having a unique style for how they're tackled. The levels were never too frustrating since the length was fair and it was easy enough to keep yourself rocking.

There are a wide range of albums to play through with each one being distinct and the game provides many countless hours of rocking. The level environments range from places such as the apocalypse, to space and even on board a viking ship of which you get placed within. This is a great aspect as with the magic of Kinect you're actually in the game whether that's riding on or in things. It's also an intense workout depending on how into it you get though your arm will probably be sore from the rockin'. 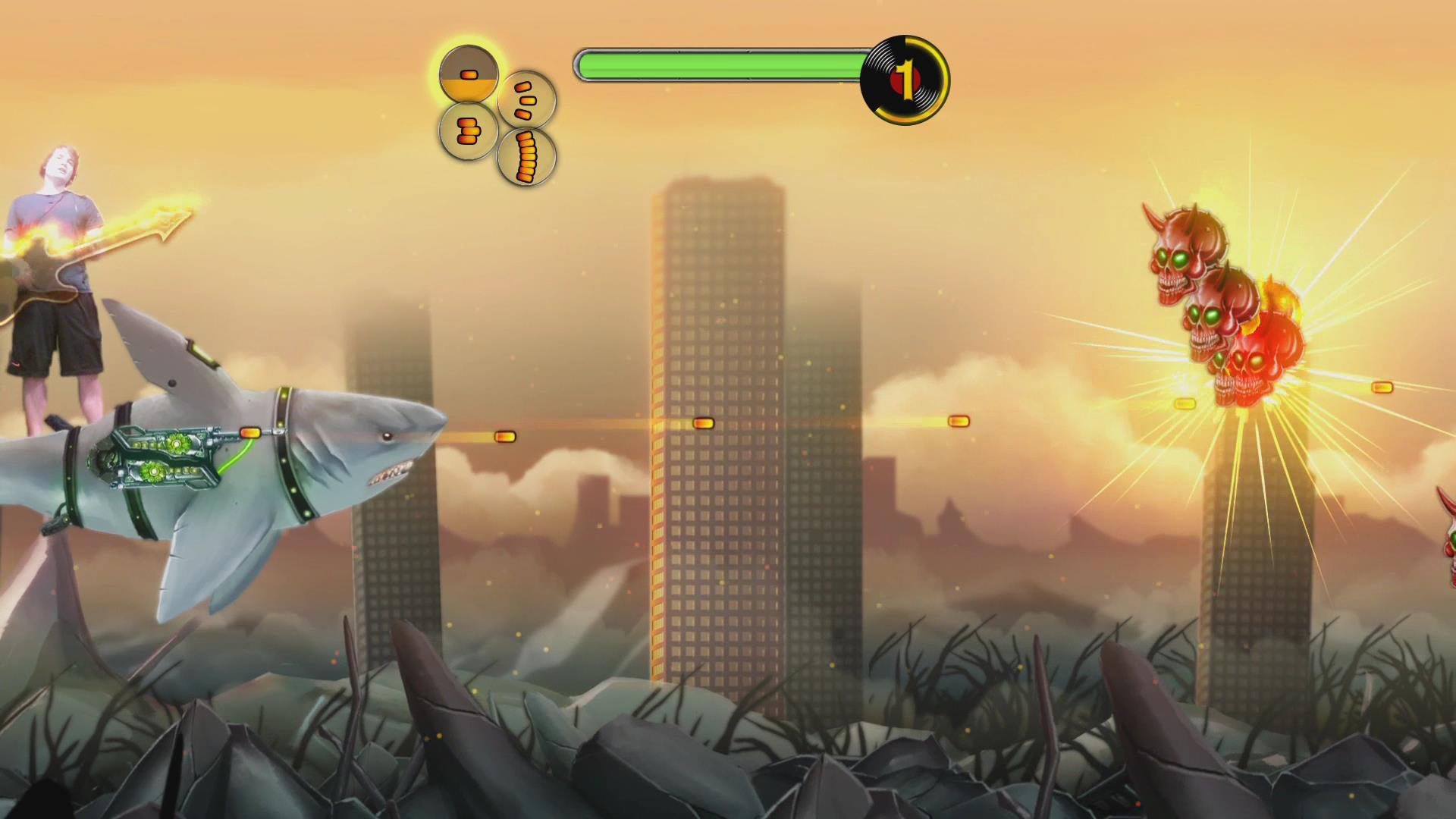 The visuals pop with a bright array of bizarre backdrops, crazier riding creatures and some mystical floating enemies. It's basically the ultimate tale of rock with an insane amount of creativity bringing anything you could imagine into the fold. Levels are filled with various enemies and eliminating them grants a percentage score that's tallied at the end. The music was also well done adding to the atmosphere and it helped with getting into the right mindset to rock.

The controls are incredibly intuitive with simple gestures to have full control. You position your hands as if you're using a real air guitar with slight adjustments on how you hold the instrument to change the fire spread. The fire spreads offer different advantages depending on the situation and instrument. This is essential when battling enemies and using the large selection of mystical guitars that are available. You also just adjust your guitar direction based on where you'd like to shoot and then use your arm to move up or down. It's setup for whatever hand you play guitar with and the controls feel perfectly natural which is great. The use of the Kinect is amazing in this game and Virtual Air Guitar once again shows they are the best with this device.

This is one of the best games available for Kinect and an all around stellar title. The controls are intuitive and you really do get to rock the virtual air guitar by being in the game. The worlds looked fantastic with a wide range of colorful locations and enemies that were floating about. The campaign provides a great length of gameplay with replay options if you'd like to obtain a better score. The game also has a solid difficulty setup providing a good challenge while still being fun to play. I was pleasantly surprised at how intense this game was and that it did truly make me feel like an Air Guitar Warrior! 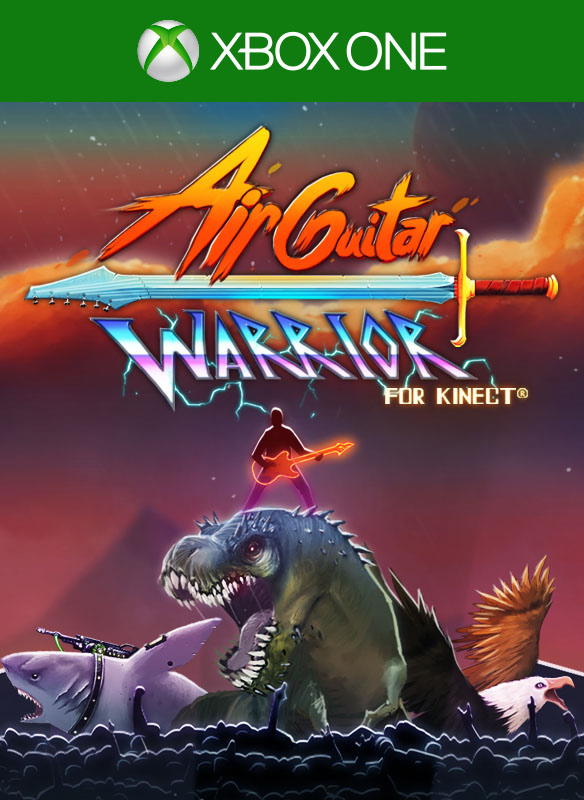