In The Walking Dead: A New Frontier this third episode titled "Above the Law" starts with Javier and crew dealing with being at the gates of the New Frontier. The base is heavily defended and the decision was forced upon the group with their ailing member. It just so happens that Javier runs into his brother at the gates and things take a sharp turn for the worse. With that you get a number of choices in how you play it out, dealing with the leaders and the group that follows your example. The episode was certainly more intense than the previous one having moments of extreme worry throughout. For me this place gave bad vibes considering past similar locations in The Walking Dead series and it was best for me to aim towards getting out. Aside from feeling the tension there's also some darker moments as well that help you explore just how far you can go at times.

This third season is a definite show of the progression looking similar to the better design of the Batman series. Unlike the last two episodes which ran somewhat poor, this one was a very clean playthrough with no graphic issues. It seems to be really hit or miss with Telltale for glitches and it was nice to see this one run well. The game carries the same cinematic style as before where you make choices with bits of gameplay thrown in. There was also an increased tension and some adrenaline with this episode bringing the series to exciting heights once again. It would have been better to get some slower moments though I can see this was a bridge towards something larger and far more intense in the future. 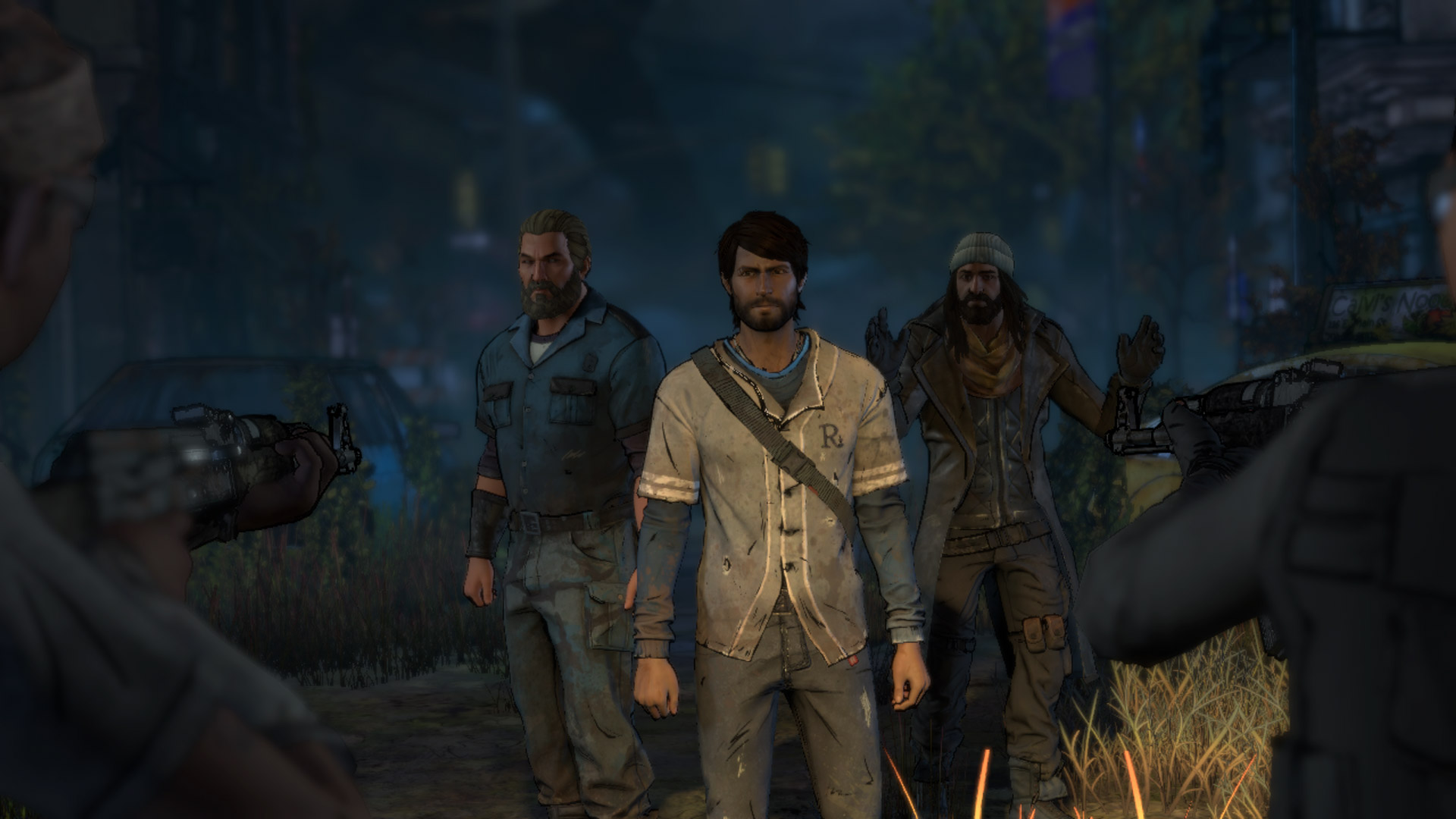 Above the Law was a strong episode bringing the series back into that zone which I thoroughly enjoy. It also had clean performance which is important for me when playing the Telltale Episodes. Not only was it exciting with high levels of adrenaline, but it also gave some harsh and distinct choices with violence occasionally playing a role. This helps you decide what sort of person Javier is and where the loyalty lies. Clementine was also greatly improved here feeling more like her own self and that was appreciated. Those first two episodes painted a grim picture of her and it was nice get some emotional context into what happened. The episode felt somewhat short in length and could have slowed some aspects down a bit. The story pacing seemed rushed at some moments, but I appreciate getting this fast build-up since I see where things are heading.