Everything is a game based around everything and the very essence of expierencing everything. If that first line gives you some confusion, then you may not be entirely into this game. It's hard to grasp, yet easy to master as it's a game based around the study and exploration of the world you're in. This is an odd place with rigid animations and your main goal is to understand what is going on. There's also some element of creation, but the main focus is to unlock anything you come across. You do this by initially talking to some random objects and then diving into those very same things. Anything can be ventured into and it creates a sort of loop effect as you explore the deepest parts of the universe. This is done by going super tiny to molecules and then all the way to the top by moving within the cosmos.

Each of the hundreds of objects can be controlled and manipulated in multiple ways to create a fully reactive world. It's actually really impressive just how much stuff is put into it creating a lively space. There isn't much of a story here though you do get some philsophical elements with audio logs that are placed through certain discussion bubble prompts you come across.

It's very hard to understand what exactly you're doing as the game doesn't give direct prompts and this could quickly turn players away. After getting by the initial what am I doing phase it's an easy to understand and mostly intuitive game. You zip between various things in the world, controlling them or even having them dance to magical effects. There isn't a ton to do aside from gathering information and filling out your collection with this being less about being active and more based on collection. The environments were decent from hazy deserts to colorful spectrums of time and space. 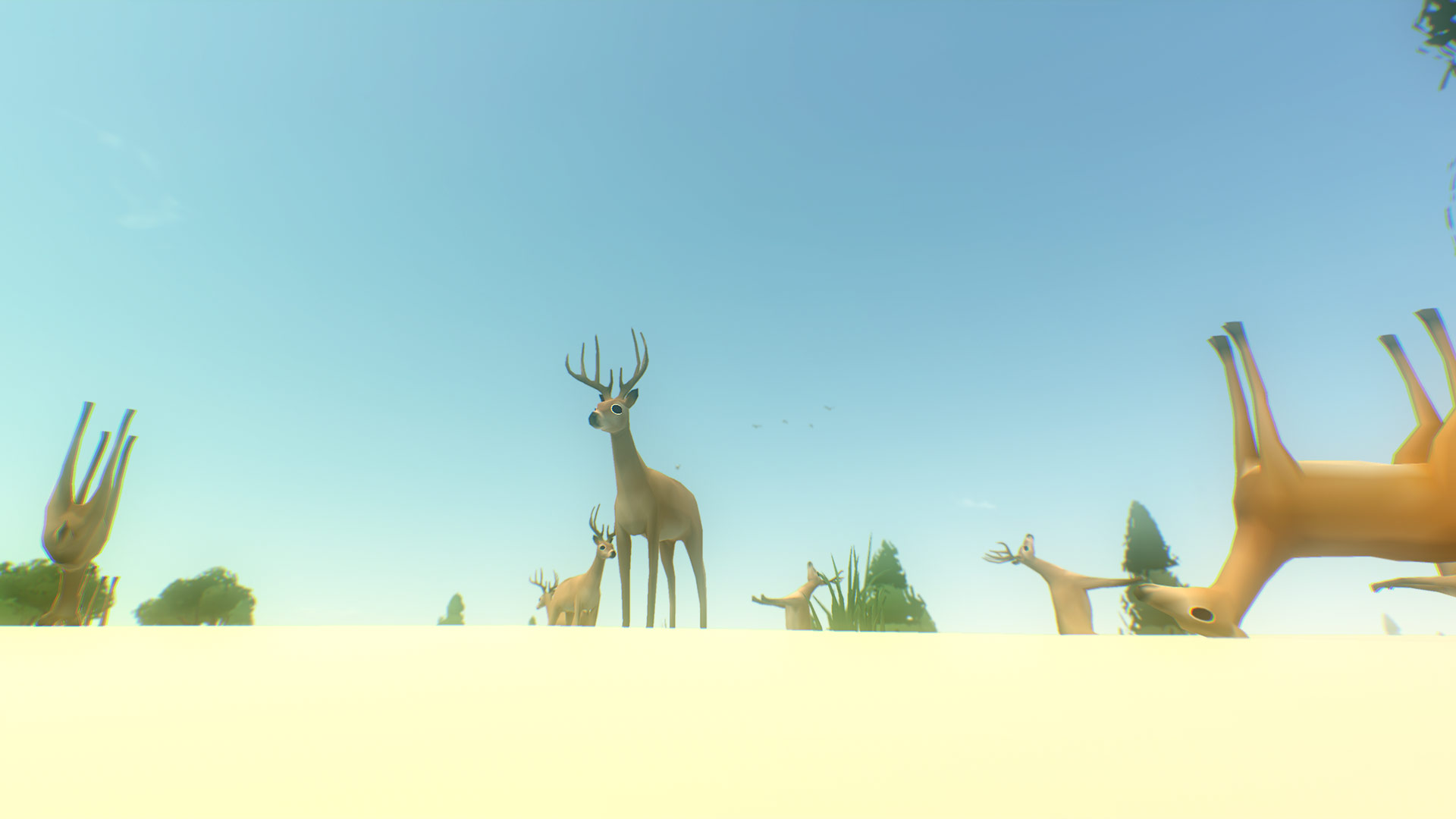 I found Everything to be something that certain individuals which appreciate the philosophical aspects of life or really artistic side of games might enjoy. To others it will be pointless, like with Mountain it's about interacting with the world and seeing what happens. There's just a ton of content in this though I'm not sure everyone will care to explore it or cares about the collecting within the world. It felt pointless at first and was never that exciting of a game despite discovering what exactly I was supposed to do. The animations were hilarious yet not great and the game didn't have much of a point going for it.

Everything for Playstation 4
Review Code Provided by 47