Sublevel Zero Redux is a first person ship shooter featuring a six-degree-of-freedom design allowing the player basically unlimited movement when shooting or zipping about. Playing as a lone pilot you're attempting to collect ancient technology in order to craft something that could save the universe. It's basically just a starting selection of information and from there you just shoot things. Levels are wild being designed with the multiple directions in mind and creating some creative spaces to fly around in. There could be paths on any side of each room and you'll soar around it flipping about until you choose a path. It may sound like nausea might be involved here, but the gameplay was smooth so that shouldn't be a problem. The levels varied in length and design offering a wide range of areas to explore with the end goal of shooting a power type ball to progress. This was basically the extent of which the game reached and there wasn't much more to it. There were multiple difficulty levels and the option to replay in those different modes, but nothing else.

The look of Sublevel Zero was great being display in a geometric design that created some distinct locations to travel through. The enemies also carried this look with a variety of flying ships being present for you to blast along the way. These machines dropped parts of riches for upgrading and there were also chests to loot as well along the way. This has a rogue-like style to it as you're essentially moving through dungeons, but in a ship. The enemies were decent attempting their best to engage with you, yet somewhat repetitive throughout the campaign. There's a large roster of guns present as you collect or craft more during combat with each having its own unique shooting style. The controller was particularly well suited for this and I'm not sure I've felt such a response from any other game like in Sublevel Zero for awhile. 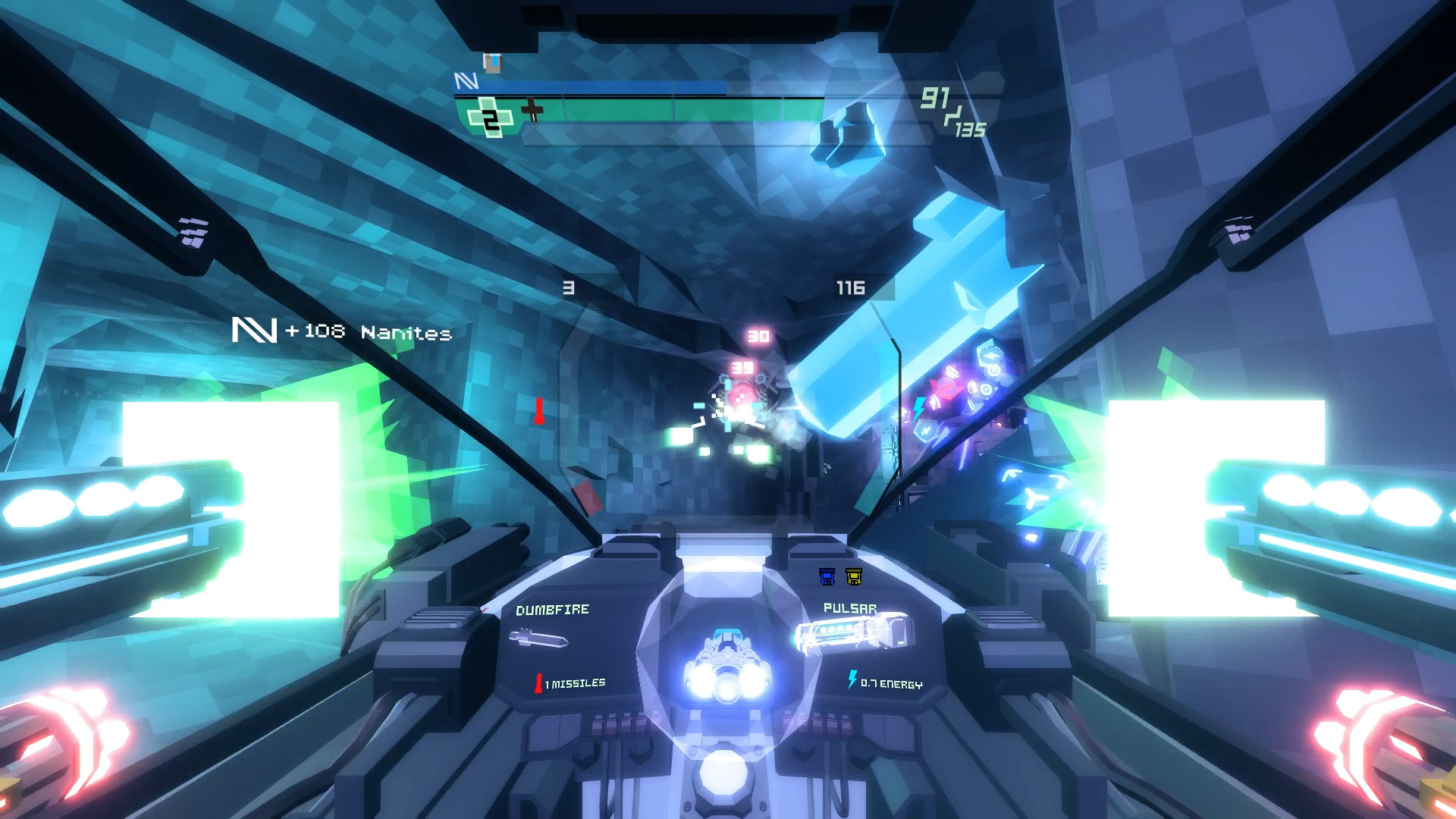 The core of Sublevel Zero Redux was fine having a dynamic and aesthetically pleasing environment to fly through. It just didn't have much to the game aside from the campaign you can fly through and the other difficulties. It would have been better to see some additional modes or even some narrative elements. Without these elements it's just a shooting gallery that you fly through and while that sounds bad, it's still a fun time. The world looked great, the variety of guns was fantastic and I enjoyed the levels though still desired something more from the experience.