2Dark is a rather twisted game in that its premise is dim following a father after events where his wife was murdered and his kids taken. This leaves him in a dire state as he spends time going off to dangerous locations in search of other children and clues as to what happened. While it starts off dark and does carry some horror themes, I was confused as to what the game was focused on. At times it felt like it was a horror game whereas some parts were stealth and then this was all mismatched with a guidance type system. This created a scrambled feeling and 2Dark wasn't very precise in what's purpose was. Levels were based around the retrieval of children that you guide through horrifying sights to help them escape. This is done simply be saving them from the darks forces around and using certain items to help with guidance. It isn't easy though as the game is rather difficult with little direction as to what's going on. At times you wander through levels often in the dark doing some stealth, but it's not quite set up for that so it doesn't come across successfully. The initial story was dark and brooding, yet I didn't feel the tone continue throughout the experience.

I really enjoyed the art style of 2Dark which featured a 3D pixel look that created a sense of depth in scenes. There were also some well detailed sets, at least for what wasn't in the dark. You overcome this darkness by using some sources of light and there's also a smoking save system present. This brings me to the selection window which was somewhat point and click with awkwardness. The menu was hard to use and the controls didn't feel responsive often having me get killed because of them. It's also a self save game so dying could make you restart the whole level. This in turn made combat difficult and it felt awkward just getting around the well created areas. Enemies offered quite a challenge as well being hard to tackle with only certain opportunities actually making it possible to do so. 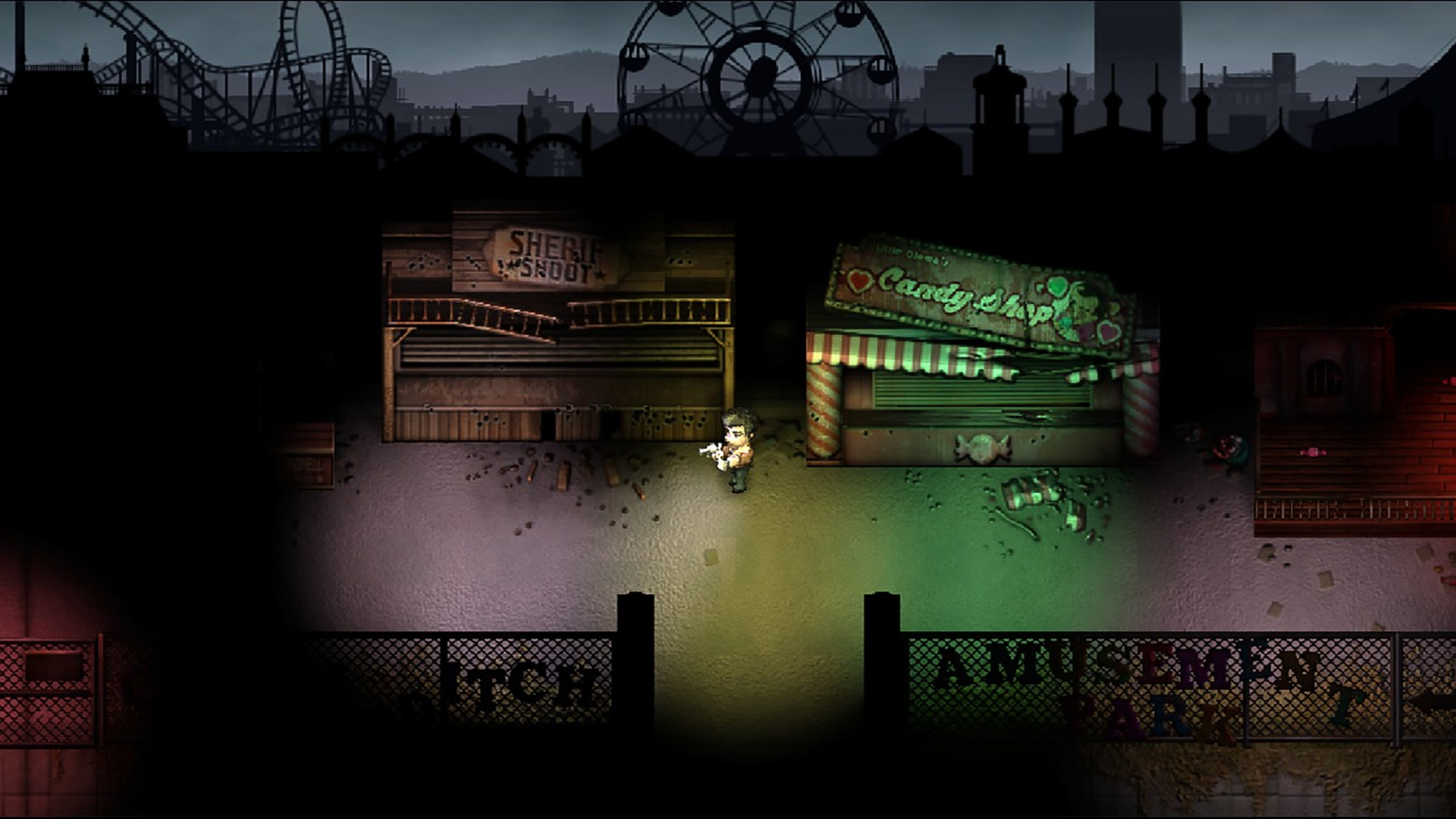 2Dark felt like a confusing and difficult mess that was hard to get into. There were a number of options in just how the gameplay worked making it hardcore to some degree. The game also lacked a proper direction trying to be too many things instead of having a core system of reference. The world had great levels of detail, but this was always hidden behind the darkness or the rooms littered with traps making it too terrifying to travel anywhere. The story also had a strong start to it offering a narrative that could have been darker than before and then it just turns into a find n' guide children experience.