Verdun is a multiplayer shooter focused on trench warfare in an attempt to capture the true essence of World War I combat. It's more strategy and less about being a hero out there. This allows players with better focus to sit back and comfortably control the map which is completely different than other shooters of the sort. The combat does favor the tactical who like to sit back, but it doesn't handle too well in most aspects of gameplay. The core of the game is the multiplayer aspect featuring Trench Warfare and some variations on Deathmatches. There's a cooperative and offline section where you battle waves of enemies as a squad, yet this was limited in enjoyment. The general design of the system was fine, the AI just seemed somewhat boring in that they didn't move around the field in a way that was satisfying to shoot at. It was basically like Duck Hunt with soldiers and death being an overwhelming cause instead of one by combat. This all came together for an alright cooperative mode, yet not one that entirely captured my attention. The best part was definitely the Trench Warfare offering some compelling combat of attack and defend where teams fire off against each other in waves.

Verdun looks very aged on the console lacking polish to make the world feel lively. I liked the gritty elements of the gameplay, but there were some graphical issues. At times things would appear while moving or just look unappealing as textures loaded in. The gameplay is also wonky feeling like it lacks the fluidity of modern shooters and this can be an aspect that halts casual players from getting into it. The shooting also felt awkward at times and while satisfying when you did get someone, bit too luck based. Verdun also lacks any sort of customization system providing a base selection of weapons and while fine, it was difficult to initially understand. There's also a squad system in place, but aside from some orders being shouted in the game it didn't seem to have a point. 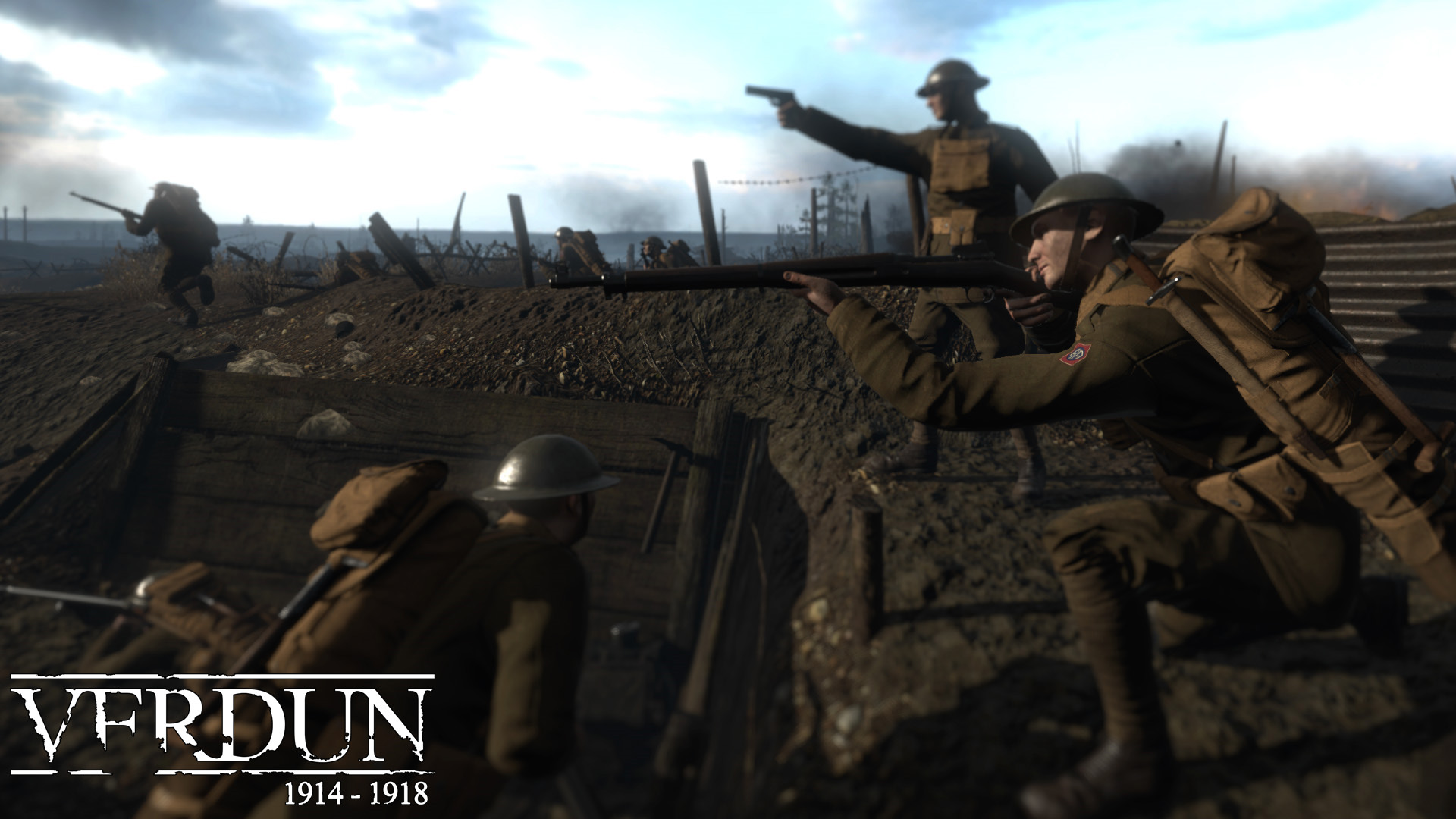 Verdun was an alright old school shooter though lacking the fluidity of other modern titles in the genre and this is not a comparison to the gameplay being a modern setting. It was awkward to control and learn with many graphical issues so I'm not sure how accessible this will be to the casual shooter. I personally enjoyed the general play of the game with its strategic design though there were many issues that can't be ignored. There also wasn't much to the game as it's just the Trench Warfare that will be the main attraction as the survival mode just wasn’t that interesting. To the side of that, there was an impressive selection of multiplayer maps present offering a wide range of terrains and places to fire at one another from. Still, there wasn't much to the game and it felt as though there wasn't enough polish present in this port.