LEGO has steadily been expanding its gaming presence for a long time at this point often using the same formula and that's only slightly changed here. Taking the basic gameplay mechanics of a regular LEGO title such as with Dimensions or Star Wars this one applies an open world concept it. Instead of giving us a structured narrative with a linear progression, it provides blank LEGO canvases from which you can do whatever within. There's however a general goal of collecting Gold Bricks that are scattered through the levels for completing quests, collecting them in chests or by other similar means. These Gold Bricks have been something of desire for all the LEGO games and it makes sense that everything revolves around them again here.

The worlds you visit are randomly generated and produce a code system similar to Minecraft's seeds that determine how a world will be created. This aspect makes the experience fresh each time you land somewhere and helps with keeping the online coop exciting. Within the worlds you have a series of tools that are unlocked from a couple tutorial levels and from there it's free range. You can choose to just build things, finish quests or ditch worlds entirely. The choice is yours and honestly with that I found it odd that custom worlds cost 100 Gold Bricks which takes awhile to gain. You also are limited in world size by how many Gold Bricks you have collected and larger LEGO worlds are available once you hit certain thresholds. These provide larger spaces to explore, towns to walk through and other more challenging secrets to uncover. The entire experience can be played by yourself, with a friend locally or with someone online. 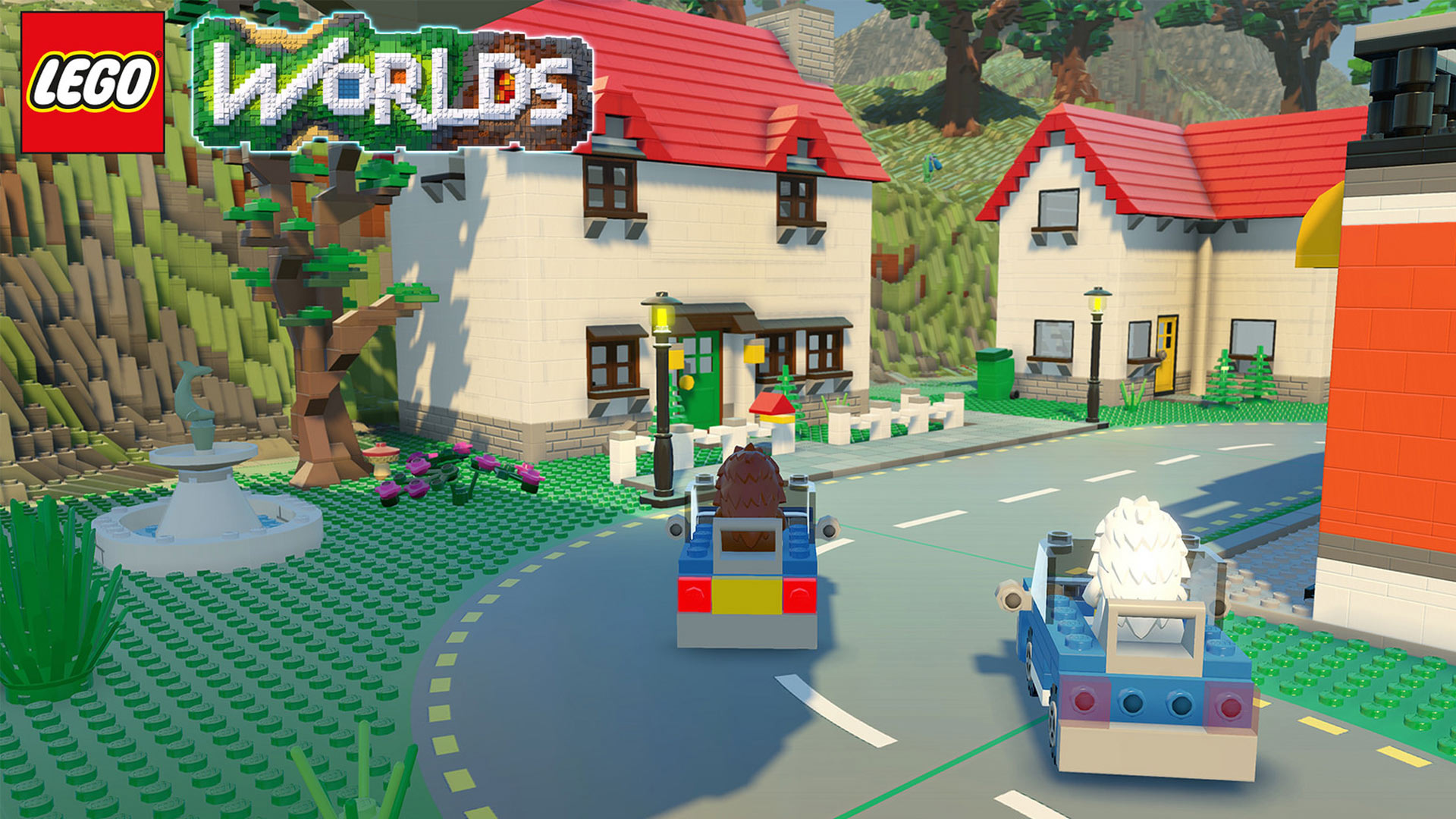 The cooperative aspects of LEGO Worlds are actually a huge issue for the game. I'm really glad they finally brought online play back into the series as the other games really should have it and the local coop is a given. What's bad about this aspect is that the game has some serious issues running it. There were massive frame drops online to the point of it causing a sick-like feeling and this was present even in the starting areas. The local coop fairs better having momentary drops of frames whereas single player is mostly solid until you get into the larger worlds and there is some times where drops occur. This is a bit disappointing as the game does look great, it just has issues at time that can wreck the experience entirely.

I liked the simplicity of the game in that you just went around doing various activities and many will find this fulfilling. I did however get bored after awhile of doing this since it becomes tedious and very repetitive. I may come across as more negative than I intend, but it's shallow to some degree. Being randomly generated the worlds are always fresh to explore yet are populated with pathing issues and odd generations for objects which can be funny. 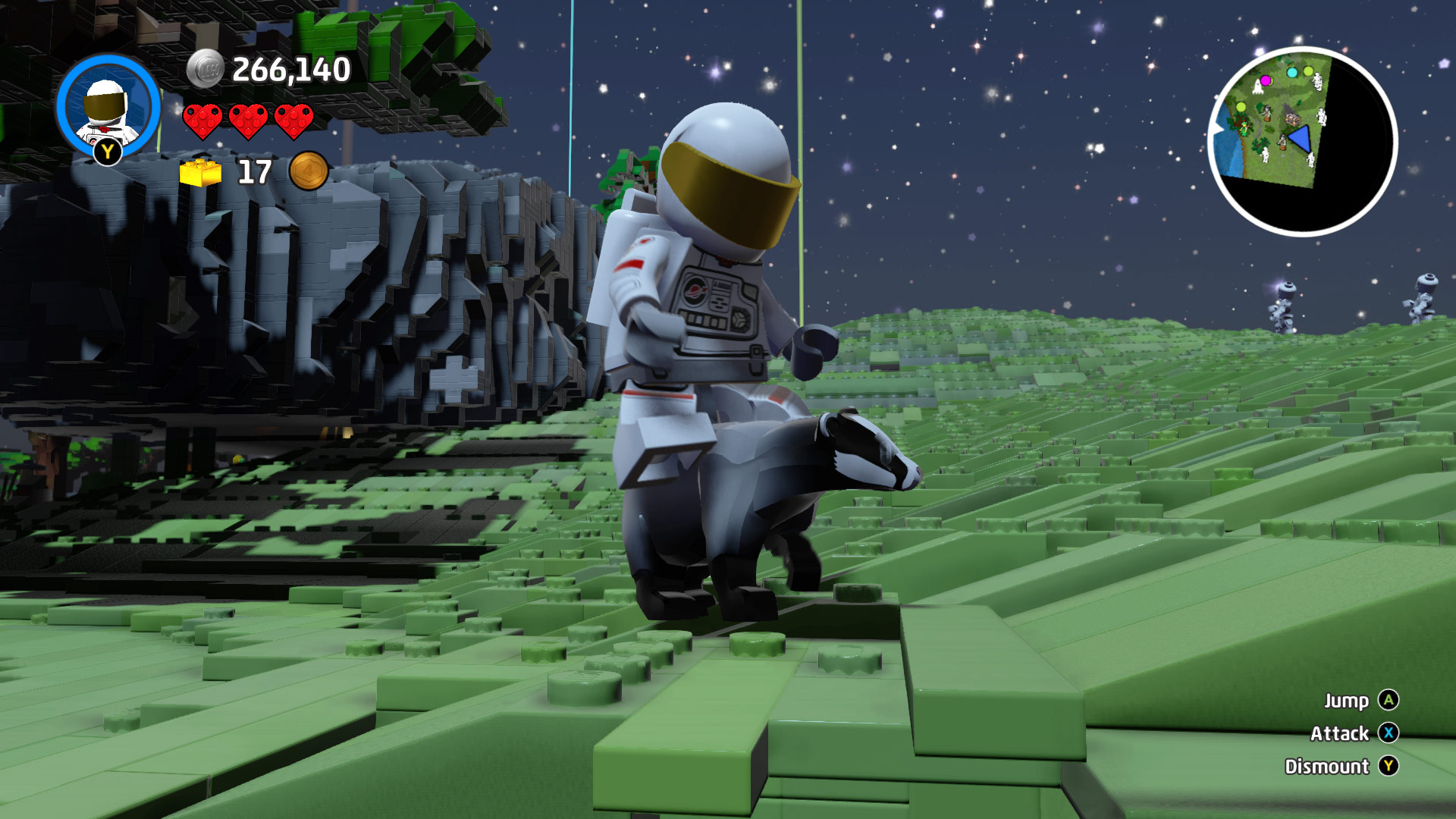 For the most part I found LEGO Worlds to be a blast, it was a fun game and the random generation kept it fresh no matter where I travelled. They did a great job of digging into the entire LEGO library for neat creatures, items and places to explore. The concept of discovering items by capturing them was fantastic and it helped give purpose towards being able to create your own world in the later game. The coop was fantastic and I hope we see online coop return to some better performance in other linear LEGO titles. There were some issues with LEGO Worlds, but for the most part I can see people sinking hours into it if they like the concept of the game.