3on3 FreeStyle is an online focused Street Basketball game where you can either battle online in a game of 3v3 or 1v1. It's entirely focused on this and while shallow in content, certainly does provide a competitive environment. Aside from the multiplayer aspect there are also episodes which you basically just play a match and are unlocked over time. There's a variety of characters present as well with a handful at the start and more to be purchased with in-game points that are earned through matches. These take quite awhile to get though are obtainable and can help build a colorful roster of characters to choose between.

There are also a number of customization options available as well through microtransactions and I honestly found these to be quite expensive as it was around $5 for a single pair of virtual shoes. None of these impacted gameplay being decorative so that's fine, but XP can be purchased as well for quick character leveling which seemed odd and other than that these XP potions are hard to come by in regular play. In competitive matches teams face off for the ball on a half court attempting to score baskets. After each possession change the team that collected the ball will need to leave the area before shooting so it's well designed to emulate a regular street game. This creates a competitive space and there are many natural basketball options while on the attack or defense.

The basic mechanics in 3on3 FreeStyle were smooth whether you're handling the ball on offense to setup a shot or on defense attempting to hold down the court and keep the ball out of net. This was largely well balanced and assisted further by each distinct character having some special abilities to them. Every character as a unique personality as well to match these abilities and help to create a solid amount of court variety. When on the field your team is colored while the other is grayed out to make sure there are no issues there and it's important to switch characters between halves or at time outs as they get tired. Aside from having great balance the game actually looks really cool as well.

3on3 FreeStyle has this nice fun cartoon type graphics set that still looks realistic, but has a spark to it. Each character has their own thing going on when it comes to fashion and attitude with a more artistic crazy design used for the crowds. While gameplay was smooth and solid, I did find that it was difficult to get others to cooperate online. There are options for quick speeches, but these are all positive and they needed something better for getting the word out to pass it around. Too often players would just hog the ball and lose a match by quite a bit or they'd be great at passing for better games, but that was rare. I also had lag issues with the game as not a single match didn't have a connection issue where it would go from slow motion to unplayable and that was disappointing. While it did affect every match I played, some were far better than others only showing up for a minimal amount of time. 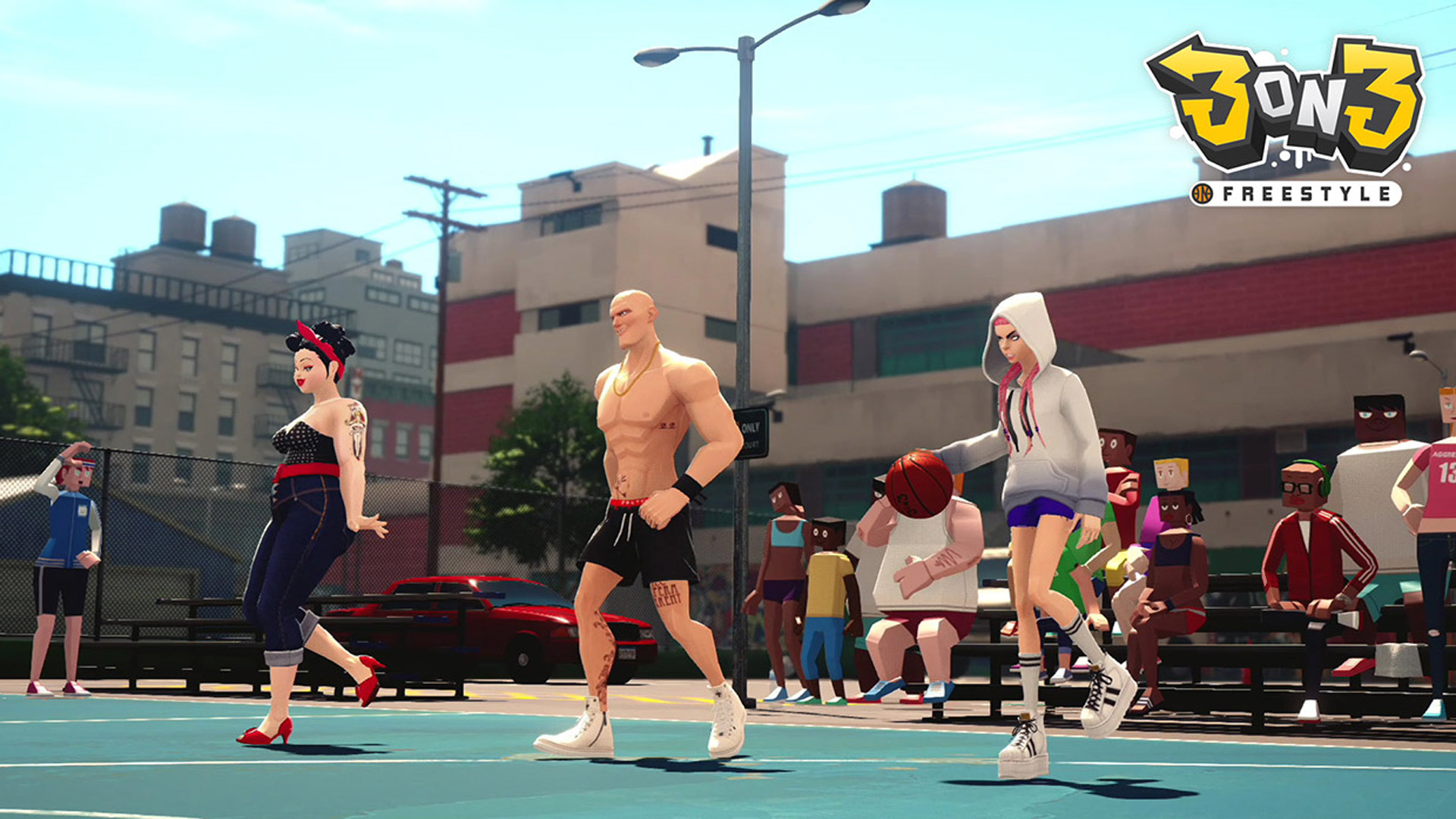 I did really enjoy playing 3on3 FreeStyle finding it to be a solid free to play offering while not forcing you to buy anything that might be seen as essential to the experience. The online multiplayer offers a great competitive space and while there are some issues present it does run very well. It's also a fun game to play while still having a sharp edge of competition with players pulling off some sick moves or shots out on the court. I would have liked to see more courts present as it's just the regular multiplayer one and a local practice court. Content really is where the main issues here are as the core game mechanics are perfect, but there's really nothing aside from the same mode which might get stale after awhile.

3on3 FreeStyle for Playstation 4