In Fate/Extella: The Umbral Star you play as either a male or female character that his tied to this being of which they're bound to. This is located within a digital world after a grand holy war and now the fighting continues between some factions. There's quite a lot of story to it actually so newcomers will probably be somewhat lost or even just confused a lot. I wasn't really a fan of how they delivered some of the narrative elements as there was a ton of reading present. The cinematic portions were great, though I was not a fan of just getting blocks of text to read as that slowed the flow of the game story. It was however an interesting tale and if you can get into receiving the story that way it's intriguing.

These portions of story are split between gameplay levels and are occasionally used from your headquarters room. This room is where you're able to craft new items, talk to servants and move forward on new missions. Once you get into levels things are less narrative focused and more towards controlling a large map. You fly between various platforms while attempting to capture the positions by clearing enemies and earning points on the overall board. This is fine, but it does create a repetitive environment that doesn't change much throughout the game and it just comes down to a grind of killing these slightly stronger opponents to progress. There are also a number of stories available whether that's various perspectives or some side stories. You can also just do a free battle as well if you'd like and more content is unlocked as you play through everything in the campaign.

Continuing with the theme of it being a grind, you fight the same generic enemies over and over. This becomes worse as you pull off similar mega moves and combat just becomes a boring blur. I did however generally like the combat aside from how repetitive things got finding it smooth with some fancy attacks. The basic enemies come in droves which were fun to destroy though for some of the boss like characters I did find odd difficulty spikes. Fate/Extella also looks great bringing a unique art style while providing vibrant colors. It's nice to see games occasionally hit the screen with a bright array of color so that was a treat. The world was also interesting to look at and while nothing creative it was neat seeing simulation type stuff all around. 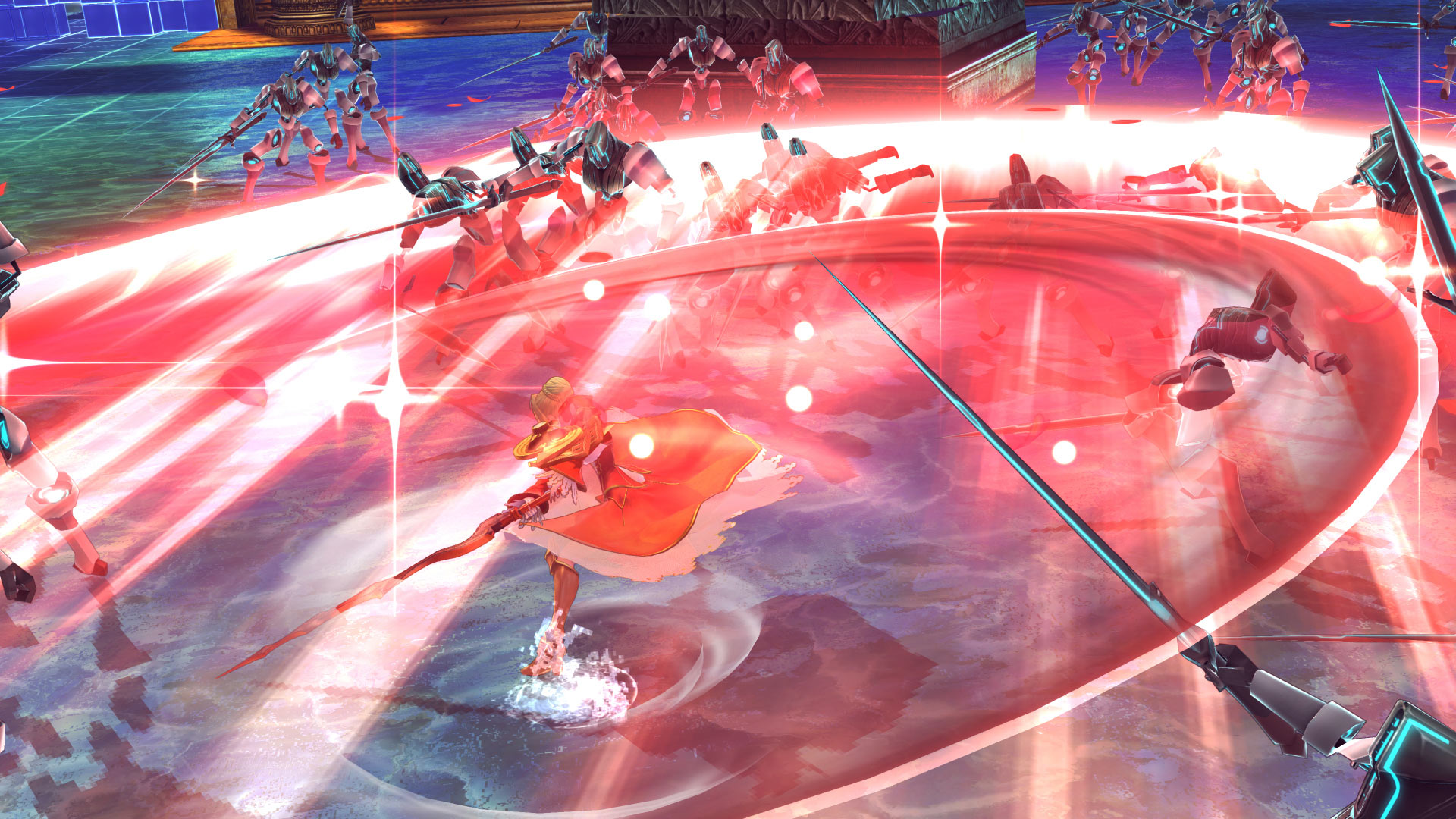 Fate/Extella had some solid gameplay aspects though it was held back by how it presented the narrative and repetitive combat. I did like the characters finding them interesting and for the most part the game was enjoyable. It just becomes overwhelmingly repetitive in combat and that happens very quickly. The world looks great with combat having a solid fluidity to it, yet not enough variety within it. There's a good chunk of gameplay available if you'd like to work through the separate campaigns, explore the side stories or even just free battle it out.

Fate/Extella: The Umbral Star for Playstation 4
Review Code Provided by One PR