iO is most certainly the shortest titled game I've ever reviewed and aside from that an actually great puzzle type game. Controlling a ball you attempt to reach a portal at the end of the level by manipulating the size of the ball while it moves. There are other aspects to it such as how the ball reacts in its environment based on the size of the ball and what things you can move to get places. There's just a ton of levels present in the game from the original set that grow in difficulty while teaching new concepts along the way and the much crazier difficulty based ones in another section. There isn't a narrative featured in the game, but if you're looking for hundreds of challenging levels then iO just brings it. You're able to freely just play through levels how you'd like and while some might be simple to finish, others will take a few tries. Nothing was impossible as to say, but some of the crazy or really harder sections will give you a straight up challenge.

The game looks great while keeping a minimalistic design to things from the general gameplay look to the menus. I was very pleased with the menus as they were purely simple while nice to look at while you scrolled through them looking for the next level or to replay. Each level also has a medal design based on your time performance so you can go back and replay for the best time if you'd like. iO also featured very easy to understand movements while offering more complex options to complete levels as you moved forward. Each level definitely brought something unique and it was great to continuously see a different challenge each time. 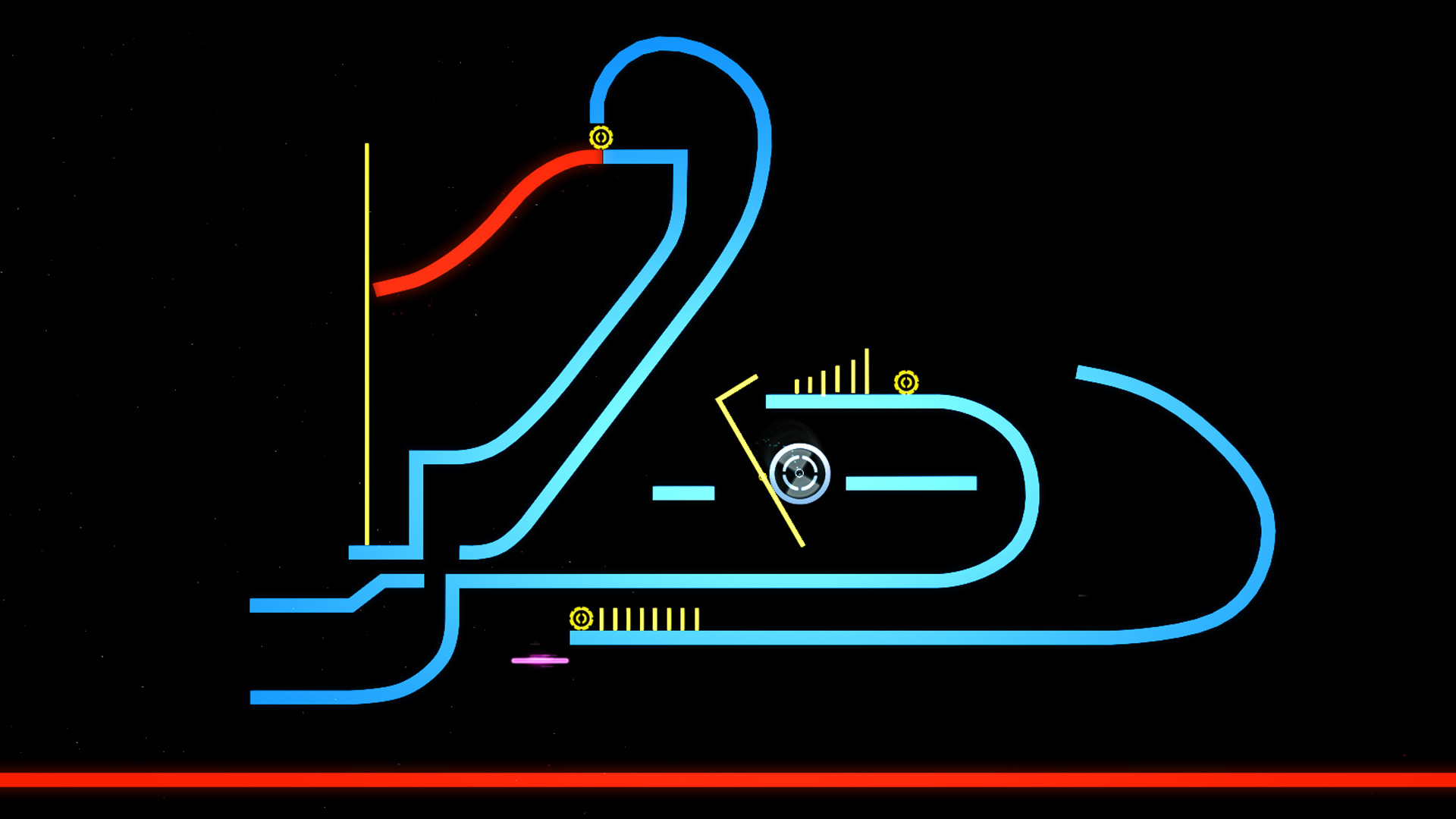 iO is a puzzle game straight through and if you'd like hundreds of simple to play, yet harder to master levels then this is perfect. The game does well with its simplistic design and I found the variety of challenges within the various levels to be intriguing. There were times where you needed to manipulate velocity through size, other times where you'd roll around something in loops and even some fun ball drop to swing things type puzzles. It truly does provide a wide range of ways for you to solve things and while it's straight forward with some evolutions of how the game mechanics build upon itself it was always fresh for each level.

iO Review on Xbox One
Review Code Provided by Gamious