"Keepin' it in the Family"

Resident Evil 7 biohazard begins with the protagonist, Ethan, receiving a video message from Mia whom he has not heard from in three years. She seems concerned and in trouble, but urges Ethan to stay away. It would not be much of a game if he had listened to her, so Ethan tracks her down to a run-down plantation in Louisiana. Following a dirt path Ethan finds some gruesome decorations along the way to the guest house that was the setting of the teaser trailer. Working his way into the basement, he finds Mia in a cell. Frustrated that he did not listen to her warning, the two now try to find the way out of the basement. Making his way to the first floor, Ethan answers the phone and is introduced to Zoe, the daughter in the deranged family that he has yet to meet. Zoe will call Ethan other times in the game to help him along or give warnings as to what he should watch out for in the next area.

Ethan escapes the guest house only to find himself an unwitting dinner guest of the Baker family, Jack, Marguerite, and their sadistic son Lucas. There is also a strange, old woman in a wheelchair that seems to show up at key moments in the story. She watches Ethan as she feebly sits in silence, adding to the overall dread of contending with this insane family. Once Ethan escapes the dinner table, the game of cat-and-mouse begins. Jack is the main nemesis, and enjoys terrorizing Ethan throughout the campaign. The main entrance of the house is reminiscent of the entrance hall of the mansion in the first Resident Evil. There is even a call-back puzzle from the first game that needs to be solved in the same way. Along with the warnings from Zoe, there are videotapes to be found along the way that foreshadow upcoming areas. These are short playable stories that help Ethan to navigate the areas as scouting missions before he tackles them. With the usual limited resources, Ethan must survive the insane Baker family, save the girl, and uncover the mystery surrounding Mia and the Bakers.

Resident Evil 7 biohazard looks amazing. The Baker’s house is styled after the backwoods murder houses from old horror movies. Every area inspires dread in the player, even the safe rooms do not feel safe, keeping the player always on guard. The soundtrack does well to pervade this unease. During the times when Ethan unravels another thread of the mystery the terror ramps up considerably. The inventory system uses a space management style with weapons bound to a direction on the D-pad making weapon selection in-game fluid and customizable. Finding useful items and files has changed to an icon to catch the player’s attention, retiring the old, “Look at the shiny thing!” prompt from older titles. The story masterfully drops clues about what is happening to the very end, creating an immersive and thought provoking experience.

Resident Evil 7 biohazard has redefined the survival horror genre. The characters are amazing coupled with an engaging story. There multiple endings encourage replay along with achievements/ trophies bound to speed and resource management playthroughs. Fans of the series will notice elements that harken to previous Resident Evil entries, while new players will not be lost by not knowing the lore surrounding the series. The playable videotapes moved the story along dynamically, rather than having to sit through cut scenes to progress the story. The end of the game features a splash page featuring the title of the first of many downloadable content entries. Resident Evil 7 biohazard will satisfy long-time fans of the series, and is an exciting introduction for new players to the Resident Evil universe. 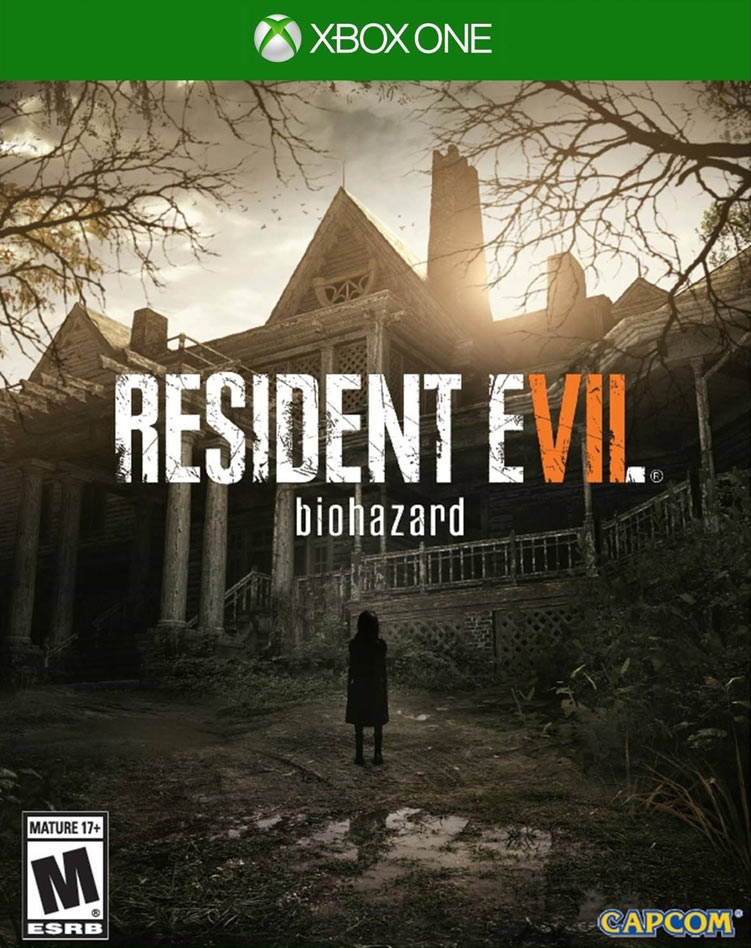 Review Done on Resident Evil 7 for Xbox One