Uncanny Valley is an odd and unsettling game taking on a different type of way to present horror in games. It does so in a way that can pop out at any moment and sometimes doesn't make any sense. Through a series of flashbacks or perhaps dream sequences you learn the basics as you arrive to guard this strange facility. There are some events that happen during the day with every little choice you make directly influencing the narrative. This is an interesting way to do things and it does make you want to play a bit more to see what options are out there. Sadly this wasn't particularly interesting as the differences aren't huge and at most times weird changes in the story felt random. It also didn't carry much depth as scenes felt shallow only taking place over a few days and then it just meanders after until you make an act. It was interesting to play a couple times though boring in that you just replay the main scripted segments for a slightly different way to go. It never really spent any time developing the side characters either and where the plots went just didn't carry an impact aside from going zero to a hundred real quick.

Being narrative focused it's a lot of sidescroll walking back and forth at work. You have daily shifts to attend to if you'd like and general activities that need to get done. You can also go rogue and just explore or search for secrets like recorded tapes. These help to explore the back story of this empty facility and while it was spooky with great levels of gore it felt somewhat half finished. The main character also must have extreme asthma as despite your running getting weaker after being caught even at maximum he must have been a massive smoker or something. There's also some use elements with certain objects, but these didn't work well on the console and got me killed every time so that was terrible. 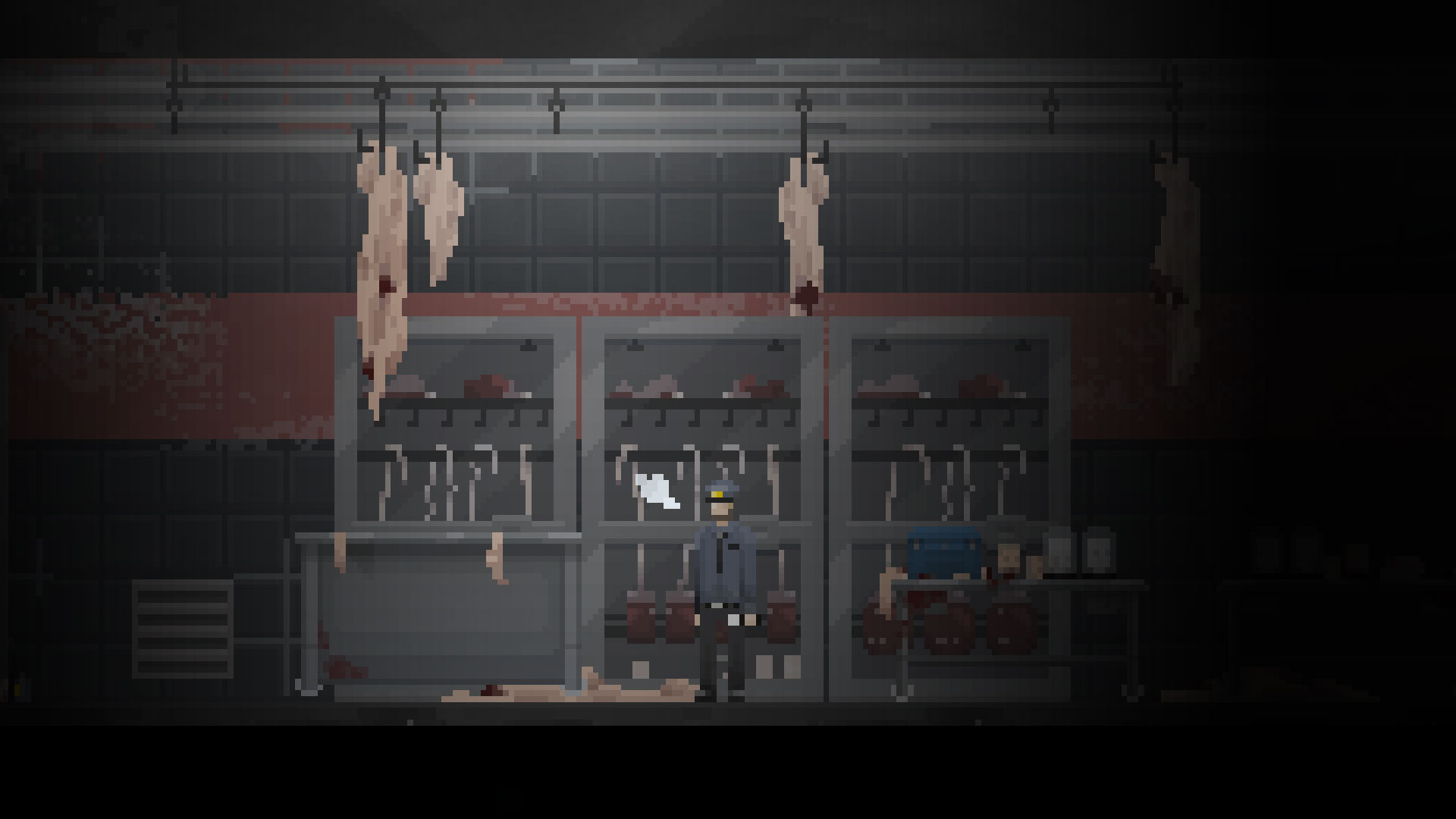 Uncanny Valley was certainly an interesting game carrying a concept I'd love to see used more in the future. It just lacked soul being an empty look or taste of what its full potential could have been. That's not to say it wasn't creepy or carried a decent story, it was just fast with sudden changes that didn't make any sense and then the game was just over. It also could have also used some streamlining for repeat plays as it was terribly boring to replay the slow moments.