Spheroids is a bubble popping game that's put into a platformer type experience. Playing as Lucas, a Canadian boy you attempt to tackle an alternate dimensional threat called Spheroids. This is mostly setup through some brief cinematic portions where we're also introduced to Otto, a scientist that's behind Lucas's adventures. The story is comprised of just over thirty levels across eight distinct locations that offer a wide variety of unique areas to explore. The campaign packs a decent length offering a few hour adventure though there isn't anything else to the game which was a bit disappointing. In general levels you move through feature simple platforming; areas popping the bubble creatures, collecting coins to upgrade Lucas's abilities and solving easy brief puzzle segments. There's not a ton to the levels, but they were fun to play and the game does feature lovely bright colors.

The game mostly comes down to moving through levels while shooting your odd gun to pop enemy bubbles. Some of the large bubbles break apart so you'll need to use caution when breaking down enemies that you come across. At some points my screen was full of tiny bubbles bouncing about which would usually cause a quicker death. There's also a grabbing hook that plays a key part in movement and I found it to be slightly awkward not quite hitting what I wanted and at times being difficult to use. The platforming and gameplay was simple though fine in design offering some small amounts of challenge occasionally. It wasn't a difficult title to play though that does fit into the theme of everything. The environments had a nice charm to them capturing certain regions well while providing a bright array of colors. They also featured some levels of depth which was nice and the game was generally appealing to the eye. 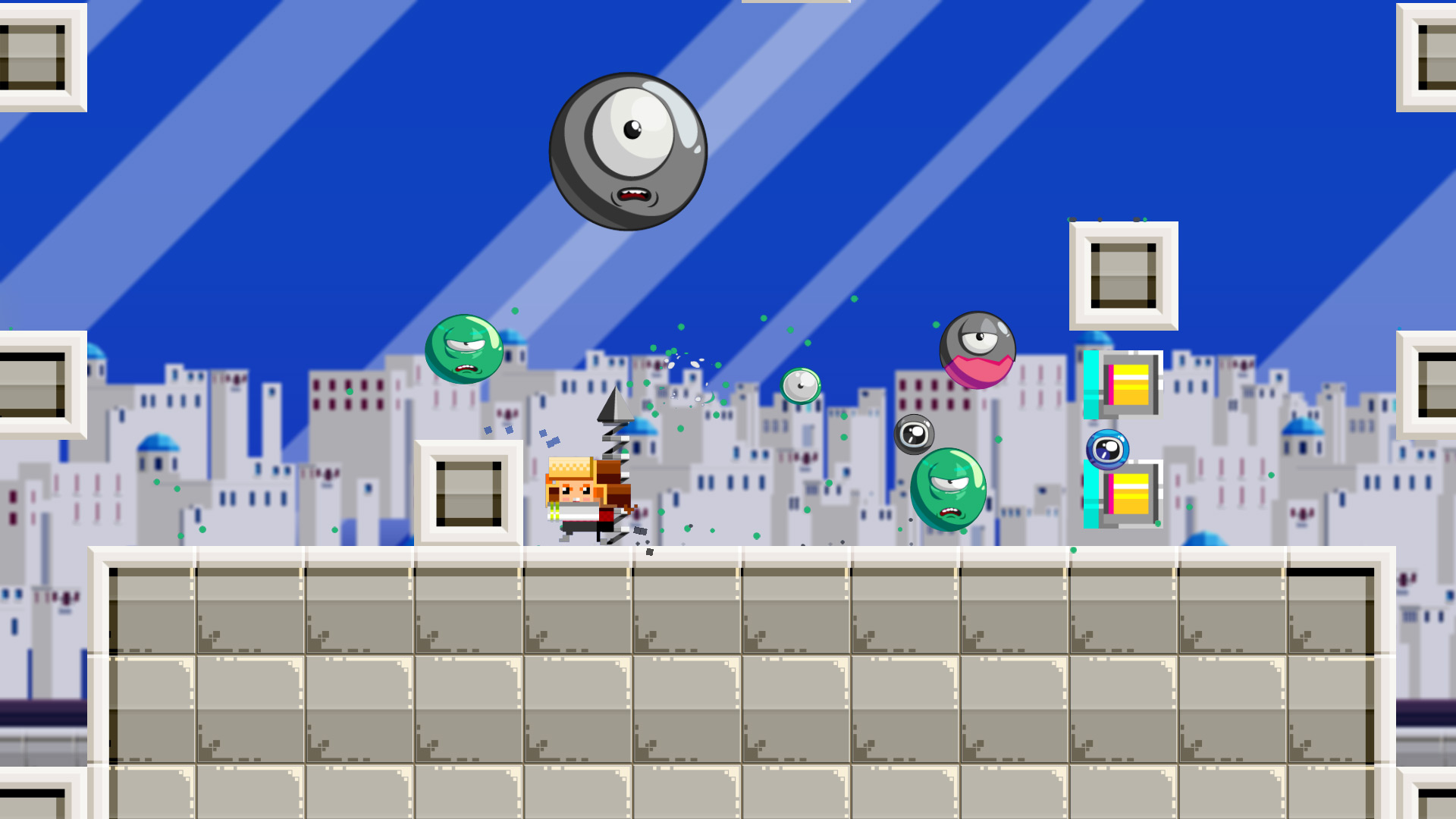 Spheroids is a fine game offering a solid campaign to play through with an enjoyable story and some interesting bubble enemies. There are a number of upgrades to work towards while you collect points though sadly nothing outside of that. The core system of bubble enemy popping worked well though the platforming could have been a tad more creative. I also found that the grappling hook was hit or miss at times creating some frustration. Still, it was definitely a great time as the game was fun with bright worlds and interesting characters to adventure with.