The milk has run out causing the cats to go into a worldwide frenzy, that is until they discover a new source deep under the ocean. Leading a group of defenders you need to use a submarine type vessel to guard cats while they attempt to drill into the Earth for this fresh milk source. These defenders are mostly just a boat that watches from above or the occasional power-up that grants some extra cat fighters. This goes well until robot like creatures attack you and the ones running the drill so you'll need to defend the various positions. The campaign is available in a number of difficulties and there are a few modes to play in. First off is the classic mode where you go through the story on the difficulty of your choice tackling a wide selection of levels. Within this area is also an endless or infinite mode where you just attempt to survive. The arcade mode is similar though focused towards the collection of gems and buying power-ups which is fun. The final area is Dreadnought where you battle huge submerged Dreadnoughts in an increasingly difficult area attempting to rescue imprisoned kitties. There's certainly a lot of content present and you can at any time grab a local second player at anytime to help out.

The game is presented in a pixel design offering some great looking visuals with various layers of world design. You move a tiny ship around the ocean area attempting to keep cats safe while taking out all general enemies. There are also power-ups that occasionally get dropped and a wide range of enemies to tackle. These come in all sorts of designs and offer varying levels of conflict so you'll need to develop strategies for each. The various modes also offer a wide spectrum of things to do in the game and that helps to keep everything fresh. The controls were easy and in turn played into what was an enjoyable experience of cat protection. 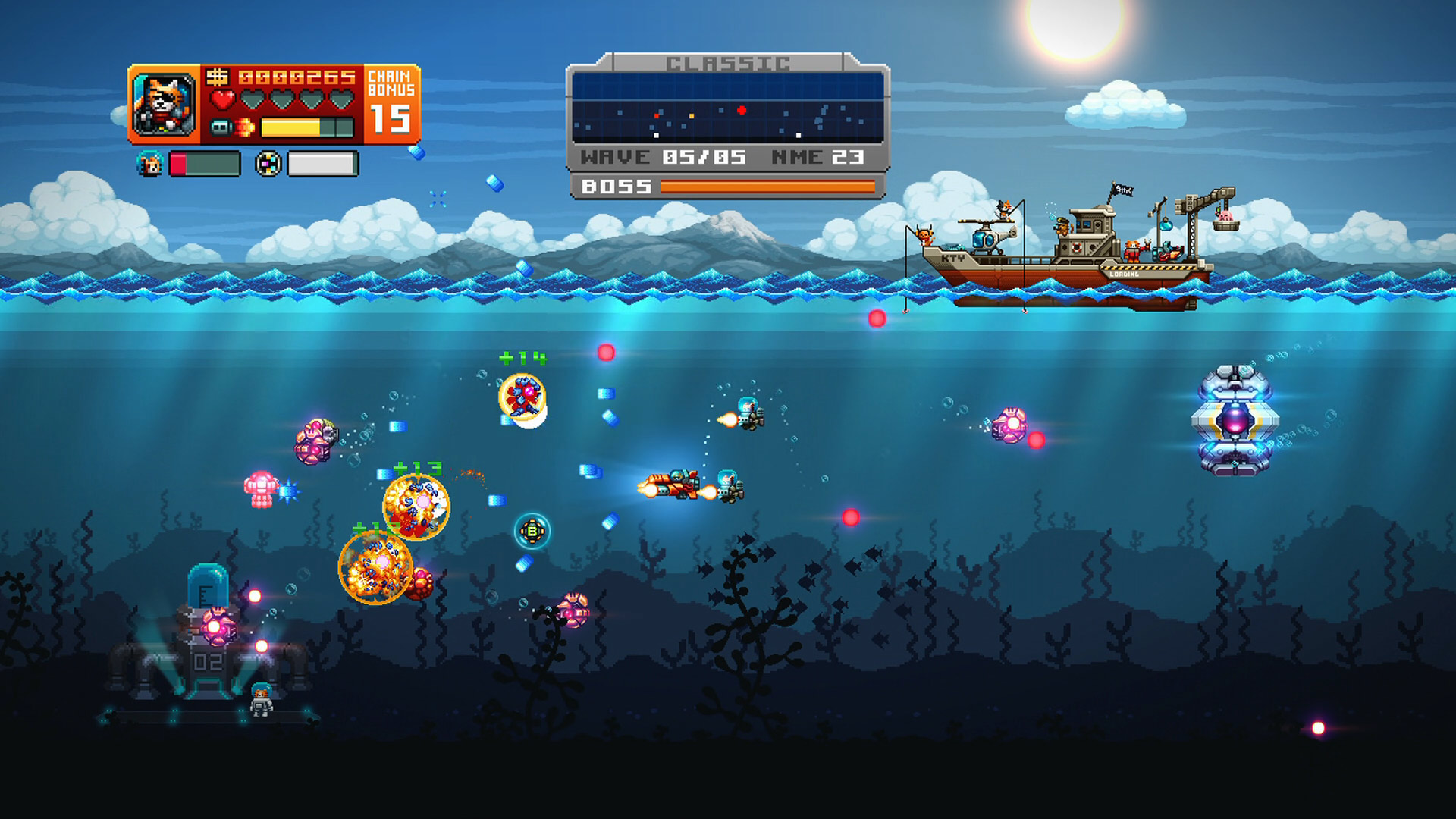 As mentioned the campaign features a number of modes across a wide list of levels and that definitely comes together in a way that provides a lot of content. It can be played easily by yourself with some difficulty options or with a local friend at anytime. The worlds look nice and the general concept of the game was fun to play as you provided cats from a wide range of deadly robotic creatures. The quest for milk is important in cat culture and it's up to your deadly submarine to keep the cat drillers safe from any potential harm.