Saban's Mighty Morphin' Power Rangers: Mega Battle takes the original group of Power Rangers and puts them into a four player local sidescrolling beat 'em up. This doesn't work entirely well as there are some certain aspects that just don't come together in a way that makes it a fun experience. The campaign follows the group coming across their powers and then it just sets into a regular story where the rangers just seem to know their back story despite them gaining powers just at the start, it makes no sense. This narrative is told through brief comic strips which looked nice, but none of it is cohesive. The game is split into a number of acts with each of them containing a few chapters. The chapters are fairly lengthy which is great though any death will make you replay the entire segment which was killer. This is made easier by playing the game in coop with up to four players, but this aspect is only local multiplayer which is disappointing. The levels are well done featuring a lovely parallax backdrop with various simple structures that create a sense of depth. This is matched with the odd yet fun designs of the characters in the game though that's in opposition of how difficult the game is. With a graphics set like this you think it would be more including for the younger demographic and that's not the case here.

Being a classic brawler type game you move along the environments beating up pairs of enemies that show up along the way. This feels very retro like many of my favorite old school titles, yet it's a bit awkward here. The hit detection feels off on certain enemies and it's odd that a number of enemies can only be damaged by a selection of moves. This creates somewhat of a boring grind as you fight the same few enemies over and over. It gets even worse if you die and have to restart a whole section as the enemies are honestly not very responsive just standing around most of the time. Combat was at times smooth with the transformation to a ranger being a fun aspect and each having their own skill tree did help create some further variation. The environments did look great in the game and the art style was unique matching the characters well. I also liked the destruction aspects for things in the world as that helped to make it feel a bit more livelier. 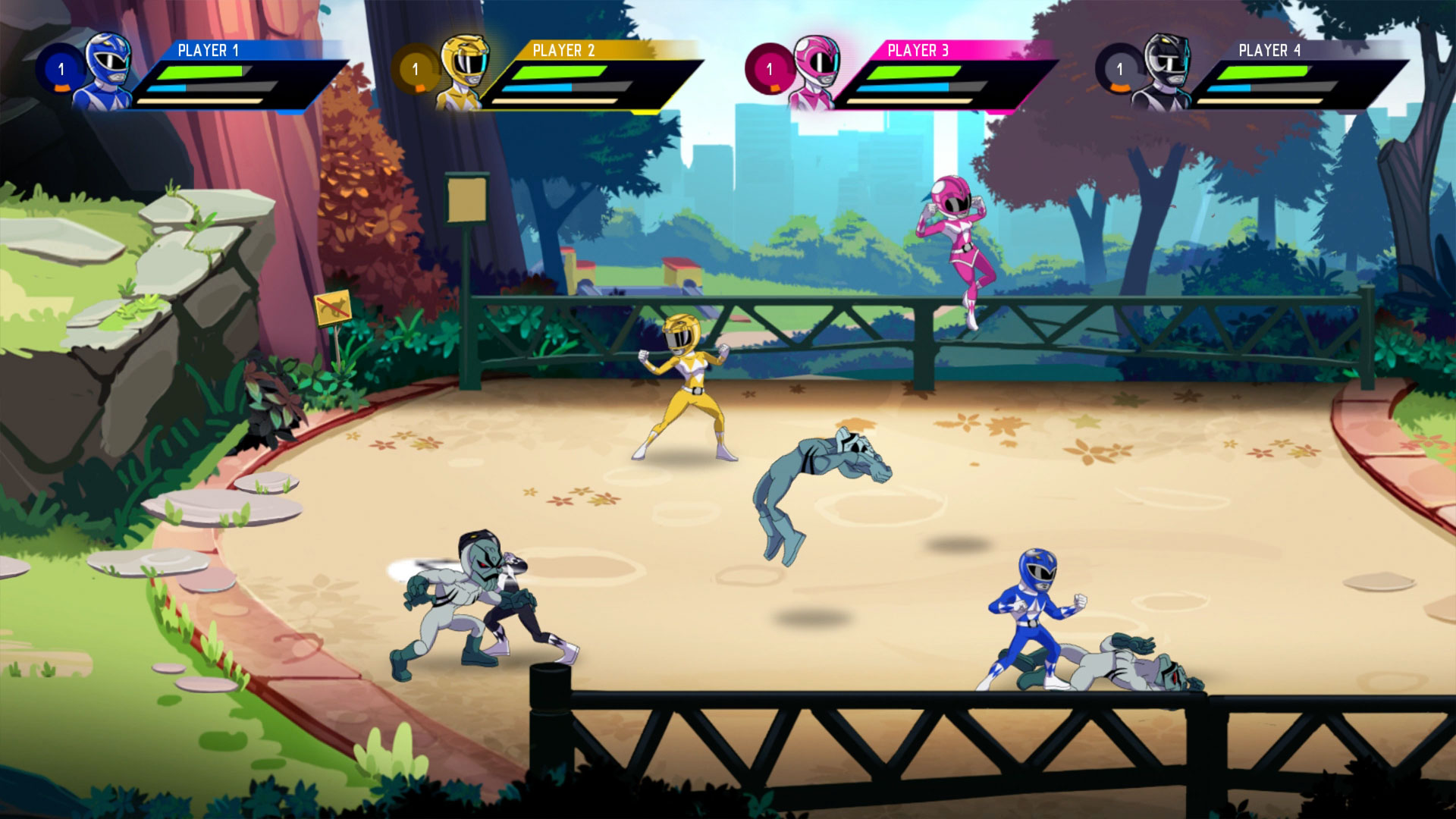 There are some great aspects to Power Rangers: Mega Battle though these are covered by a lot of things that just don't come together in a satisfying way. The artwork was great to look at, but the enemies were boring with some having specific ways to kill them that created a feeling of a grind effect. The story was fairly poor and while the levels brought solid length this was negated by death being so incredibly harsh. I also would have liked to see online multiplayer to play with friends, but for those that have a local team the option is there to pick some Power Rangers to battle with. There were also end level boss fights and these were somewhat bad all being very similar taking away the fun of controlling the full ranger transformation.