Siegecraft Commander is a rather interesting game taking what's mostly a real time strategy approach to tower building and creating a fairly competitive environment with it. In the campaign you move across this somewhat pieced together story while learning elements of the game in the process with new towers or items unlocking along the way. This is great as there's actually a wide range of things to build and it's helpful to get it pieced together in bits as it can be overwhelming. The campaign can be quite lengthy depending on how efficient you're with eliminating enemy towers. This is actually an aspect which was infuriating since there really isn't a cool down on base towers so both sides just whip them out. It can be become a boring stalemate quickly if things are evened out and the AI just keeps pumping out towers making it hard to progress. I also wasn't a huge fan of the overly long discussions in the narration portions and it would have been better to get the information over top of gameplay as not to disrupt level flow.

Aside from the two campaigns present there's also a multiplayer area that allows some options whether you'd like to play with real time strategy or turn based combat as both greatly alter how the game plays. Multiplayer was fun though it can be a complete wash out if one player gets a quick edge and by learning how the AI plays to just pump out towers I had a clear advantage in the games I played.

The game actually looks great providing some solid detail from the small troops you send out to the smoldering destruction of towers. One of the main portions of how anything gets done is by this little held arrow shooting wheel and honestly it was hit or miss. Most of the time I would send new towers to areas that looked like they could be built on but couldn't or just slightly hitting another tower since their connection paths can't cross. The connection paths create a snake of sorts which adds another interesting yet frustrating aspect as you can pick away at further away connections to destroy all forward ones. I also wasn't a huge fan of the arrow shooting wheel in regards to its aim being inconsistent as it was hard to aim, pull back and generally use which definitely hampered enjoyment. 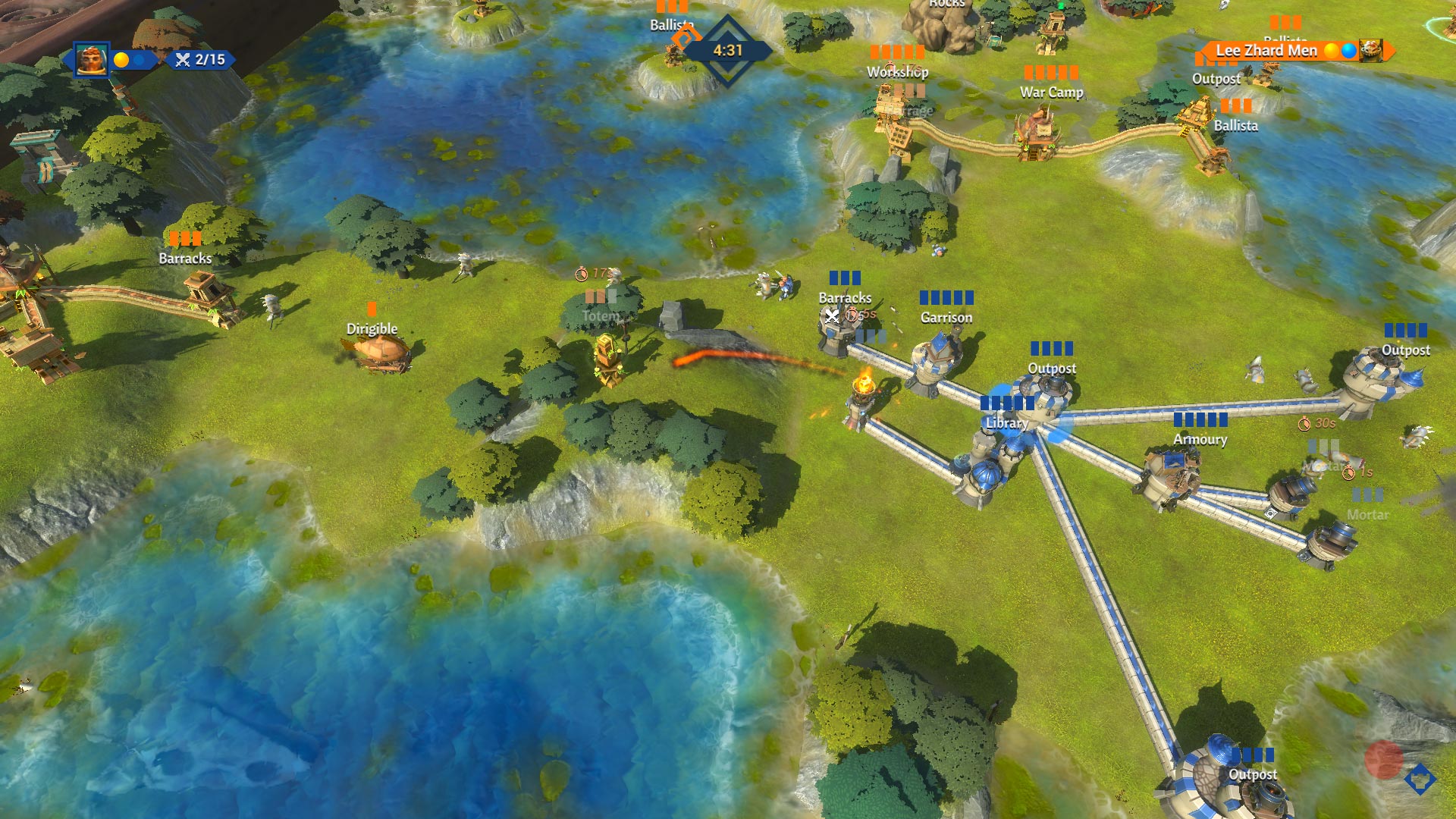 There were some interesting ideas in Siegecraft Commander and while it can be fun, most times it becomes a tedious never ending tug of war. The aiming system felt inconsistent and frustrating which is the core mechanic of how anything gets done. The towers were well designed offering multiple routes of things to build and that in turn offered a wide range of ways to attack your enemy. This is just somewhat hard with the AI pounding you with tower builds in certain areas or other means to really just halt any progress and that felt unbalanced. That aside it's a decent title providing a unique type of gameplay that's just stuck with some aspects that don't come completely together.