"Finally, A Call of Duty I am proud to Suggest to My Friends."

This is Call of Duty at it's best, for once there has been an actually evolution in the gameplay and ghosts is happily not the exact game from the years previous. Starting with the beautifully scripted and action packed campaign that is strongly grouped laying way towards this new series within the franchise. You are once again thrown into the shoes of soldier, this time around being Logan a younger brother and a son to individuals that are heavily involved within the military. The start to this story is almost too casually compared to past experiences and the day begins on the day that America's orbital defense unit is overtaken by the rising superpower that the South American federation is. It may be hard to buy into that canon, but it sets the stage for the rest of this series with the federation creating quite the grouping. The United States begins to get pounded by these massive rail shots that devestate the landscape crippling many major cities. This continues until you take it upon yourself in a space individual's perspective to take the station out. Flash forward down the road, you and your brother are doing tactical recon in the desolate landscape that is the lost portions of the United States. It truly was beautiful to look out into the world around with its vast scale and decaying environment that is riddled with massive craters. Immediatly soldiers come into the distance prompting you to act quickly while making choices of how you want to take on differing situations. Yes, there are minor choices that affect your mentality throughout. Combat from there is relatively the same with the occasional assistance from your pal dog that certainly saves your hide a few times, although you also have a carrying section later which was meh annoying. The rest of the campaign takes you through this new world while also flashing back in time building the story of how this new landscape of Americans attempting minor guerilla warfare in attempts to take back their land. The scale is massive and story itself is gripping, it keeps you playing throughout the entirety from the newly well done stealth mission with a fun Payday like heist. Or even some crazy driving which range from going over an ice lake of wrecking mass chaos in a tank-ign is crazy, massive and provides the well designed framework for the next generation.

Call of Duty has always been a quick paced and traditionally ground based game. This formula has been further refind with strike packages that are returning where they are more ground based to keep you spending less time firing rockets into the air. Many of the series top features from both Modern Warfare and Black Ops are actually thrown together for once in a very beautifully cohesive space. There are just so many differing factors that are available from weapons to the strike packages of even bonus field items to use. It brings forth the changes to perks which are now weight based and have so many minor options to change or even all the many items to can add to your classes. I mean, it finally even goes as far to allow full customization of your soldier to make them unique. Even the maps themselves this time around seem to be interesting and differ off the bat from metro to castles or even ports out in the frosty snow. Each look beautiful and have great flow that are adapted for the many game modes available. This is where I am slightly disappointed and excited with demolition and others getting removed with other more fun game modes take the center stage like Infection. I will also note that the Search and Rescue mode adds to Infinity Ward's obsession with dog tags that is a nice play on Search. The multiplayer is set to be just as addicting as ever with only small annoyances that will have to be set out through updates and balancing over time. My final note is that the prestige system change is slightly less interesting, but will wait time to see how it plays out with the community.

At its core Ghosts is a Call of Duty title, though it brings more balance to the gameplay. It is finally more grounded and brings in slide combat mixed with side leaning to look past walls. This mixes things up while making more tactial. Using your knife also seems to be slowed with somewhat of defensive punch before strike which should be noticed for the style. Ghosts is the Call of Duty you love with some big changes to make it stand out from all the other titles past.

Every Call of Duty seems to need to have some sort of extra mode that accompanies the main chunck of muliplayer/campaign with extinction being a mass up on Special Ops. Extinction attempts to make somewhat of a zombies mode with smaller alien like dogs hopping about while you are attempting to drill into hives along the way. Your goal with a team of by yourself is to take it to these aliens by drilling the hives and eventually delivering that nuke. You can buy guns, ammo and traps that are scattered about the map. These are all basic items that you would usually find while thrown into a decayed world that is fairly destroyed with signs of struggle throughout. The skill set is neat where you can constantly upgrade your stats or pick perks/equipment to make you more effective each time. It's a mode that will bring you in for extra hours, though I have doubts that it will catch as much fire as Zombies. Note that it is unlocked after playing a level of campaign.

With quick pace and movement the sliding ability makes you feel like a complete badass shooting while rapidly diving around cover of the areas. Ghosts finally brings in evolution that the series has lacked over the decaying years and this is will set the series standard for years to come as Call of Duty 4 did before it. It accomplishes this through balanced gameplay, commitment for the esports community and completely addictive multiplayer. The campaign is the real center stage that brings this title forward and the neat little extinction mode will provide additonal hours the game you play. This is the best Cal of Duty in years and i'm proud to suggest this heavily to any of my friends.

The Xbox One version is basically the same game down to the finest detail, it just basically features a higher graphic resolution and looks slightly better. You can definitely tell that this was ported from the last generation, but everything is still solid and the matchmaking is currently the best on the console. 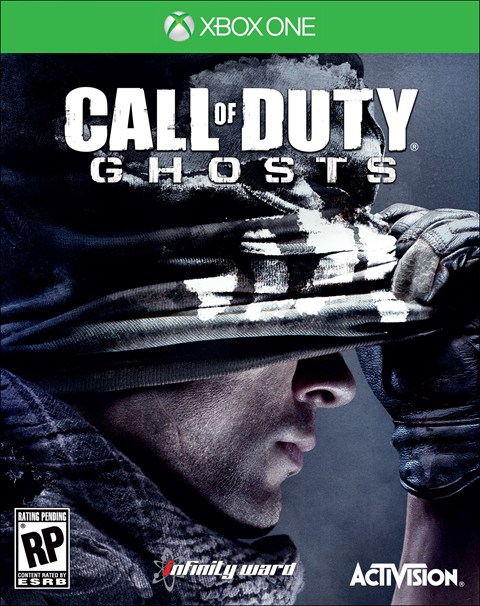 Review Done on Call of Duty Ghosts for Xbox One, Playstation 4